A 26-year-old woman has claimed how she relieved her severe period pain by rubbing menstrual blood on her face during a ritual meditation.

Yazmina Jade Adler, from Melbourne, said she was suffering from excruciating cramps but was advised by doctors to ‘go on the pill’.

She said she stumbled across the unusual remedy when she met a shamanic womb woman who encouraged her to ‘connect’ to her blood.

Appearing on SBS’s show Medicine or Myth?, which premiers on Monday night, Yazmina claimed she noticed instantly her cramps were gone when she started meditating in a sacred space about a year ago.

Yazmina Jade Adler (pictured), from Melbourne, has claimed how she found a solution to relieve severe period pain by anointing menstrual blood on her face during a ritual meditation 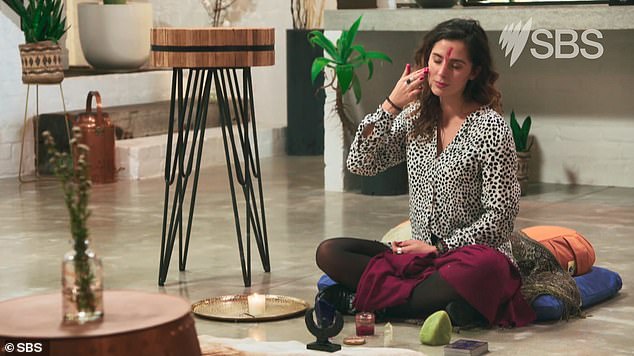 ‘I’ve been using this remedy now for about 10 months to a year and my cramping has gone,’ she told a panel of medical experts, led by renowned Australian neurosurgeon Dr Charlie Teo, who squirmed when Yazmina showed them a small jar of her blood.

‘Every month, I create a ritual medication space, and I use the blood in a way to connect either through putting it on my hand or anointing it on my third eye.

‘By doing this, it has relieved the discomfort.’

Yazmina – who collects her own blood through a menstrual cup for her ceremony – said she would normally place one hand on her heart, and the other on her womb.

‘I’m connecting those spaces and I just breathe into the body. I would normally connect with the blood, just by doing that, it instantly does something to me,’ she said.

‘What I found is taking that time out, actually be with myself, and meditate, connect with my body, it’s like the pain has gone away.’

Yazmina said she wanted to share her remedy to help other women who also suffer from painful cramps.

‘I just want every woman to feel it. I know what women go through, I know that pain and shame, I feel for the women who are struggling with this,’ she said. 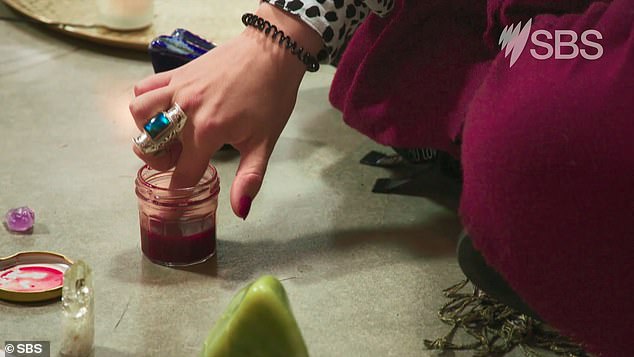 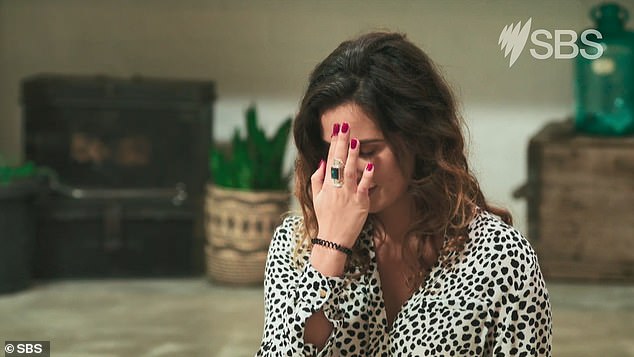 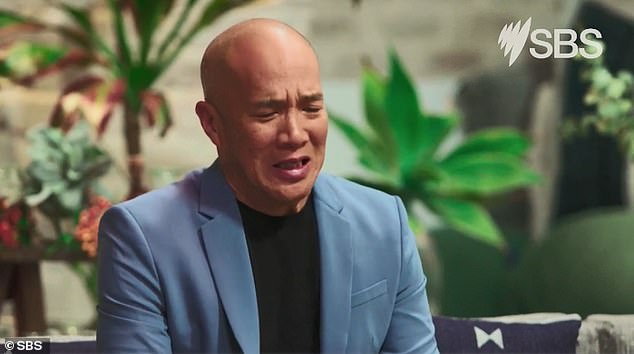 Dr Ginni Mansberg admitted her first reaction was revulsion but after watching Yazmina perform the ritual meditation, she was intrigued by the remedy.

‘Now I see everything that you’re doing, and you’ve got so much peace coming off you, and you’ve converted what was clearly a very distressing, physical situation into something really profoundly beautiful,’ Dr Mansberg said to Yazmina.

The young woman said she tried everything to get rid of her severe period pain but nothing seemed to work until she was introduced to a shamanic womb woman.

‘She mentioned the blood to me, and she mentioned connecting to the blood, even just touching it,’ Yazmina said.

‘I decided to give it a go, and as soon as I started doing that, it was like it had this profound healing effect of like “oh, I don’t need to be shameful of this anymore”.

‘Because women, we are shamed for bleeding, it’s a sanitary thing.’

Dr Teo – who has four daughters – said the ceremony was ‘very powerful’ but he couldn’t see a trial working on the ritual meditation.

This article contains general information only and does not recommend or endorse any particular treatment. It is not intended to replace the advice provided by your own doctor or medical or health professional.