Yes, the Queen really does wear her heart on her sleeve!

Eye-catching and eternally elegant, the Queen’s brooches are an essential part of her style — and give us a subtle glimpse of what she may really be thinking.

Twice over the past weeks her addresses to a bewildered nation have offered reassurance. And her brooches, which she wears just below the left shoulder, were chosen carefully — each one a reminder that treasured memories have a part to play in our future.

Here, BETH HALE reveals how Her Majesty always manages to brooch the subject.

Protection stone to calm the nation

The Queen has worn the turquoise stone just a handful of times, including for the final evening of her 90th birthday celebrations in 2016

Her reassuring words were matched by the soothing colour of her emerald dress and the turquoise-and-diamond brooch pinned to her chest. Turquoise has long been a stone associated with healing, love and protection — just what the country needs right now.

Royal jewellery watchers also pointed out that the brooch was a wedding gift to her grandmother Queen Mary, who would go on to support her husband George V through the turbulent years of World War I.

The Queen has worn it in public just a handful of times, including for the final evening of her 90th birthday celebrations in 2016. 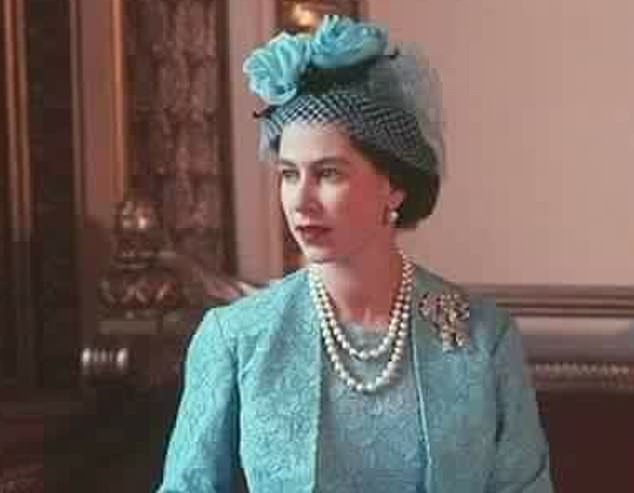 Was the Queen speaking from the heart when she selected this brooch?

She wore the True Lover’s Knot to the weddings of two people who mean a great deal: her sister Princess Margaret’s in 1960 and her grandson Prince William’s in 2011. Queen Mary bequeathed the diamond bow brooch to the Queen in 1953. 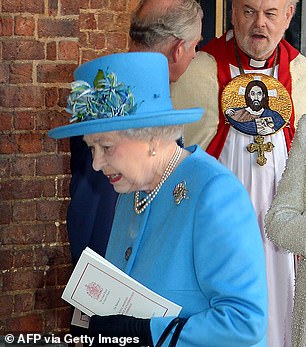 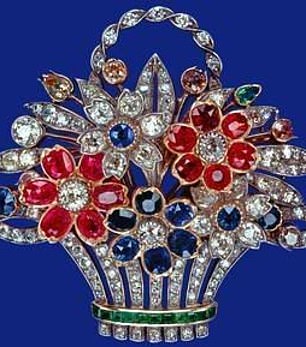 The Queen wore the Flower Basket Brooch (right) for her first official portrait with her son and again and for the christening of Prince George, in 2013 (left)

The Flower Basket Brooch, a colourful spray of diamond, ruby and sapphire flowers, was presented to the Queen by her father, George VI, to celebrate the birth of her first child and heir, Prince Charles, in November 1948.

She wore it for her first official portrait with her son and again, decades later, for the christening of Charles’s first grandchild, Prince George, in 2013.

It’s a royal favourite — and the Royal Collection shop sells replicas for £55.

Honouring our friends in the commonwealth 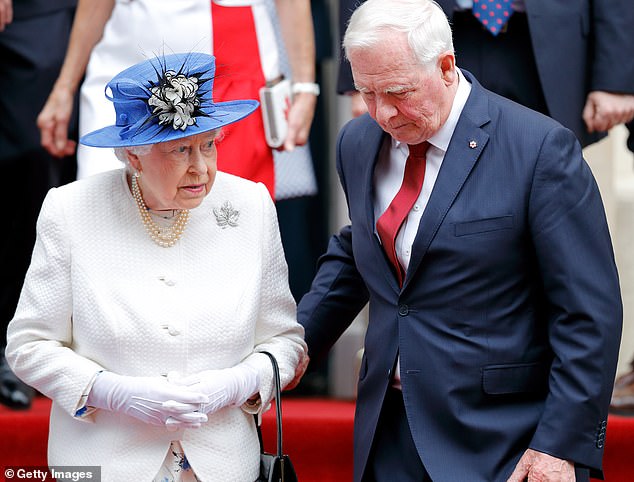 The Queen (pictured with David Johnston, Governor General of Canada), wearing the diamond, platinum-set piece as she departs Canada House in 2017

The Queen has shown time and again that national emblems are an easy way to pay tribute to a host country.

Whether it’s a thistle in Scotland, a shamrock in Ireland, or a maple leaf in Canada, her brooches have shown her respect for those she visits.

This diamond, platinum-set piece was first made for the Queen Mother as a gift from King George VI ahead of their state visit to Canada in 1939. 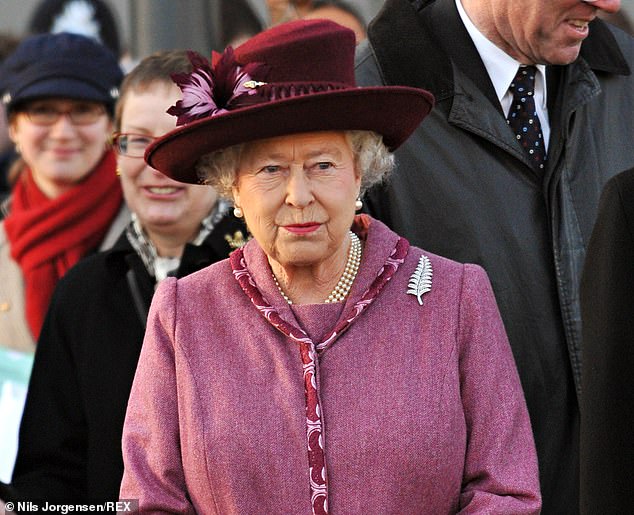 Whether hosting New Zealand rugby team the All Blacks at Buckingham Palace, or visiting the nation, the silver fern she was gifted seven decades ago is the Queen’s favoured brooch for honouring the people of that nation.

The fern — one of the country’s iconic emblems — was given to the Queen by the mayor of Auckland’s wife, Lady Allum, in 1953 — during a tour of the Commonwealth — as a Christmas present from ‘the women of Auckland’.

In April 2014, the Queen loaned the brooch to the Duchess of Cambridge to wear during her visit with Prince William and Prince George. 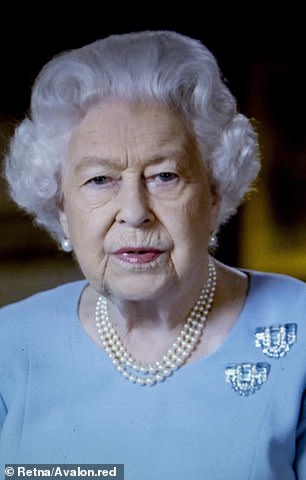 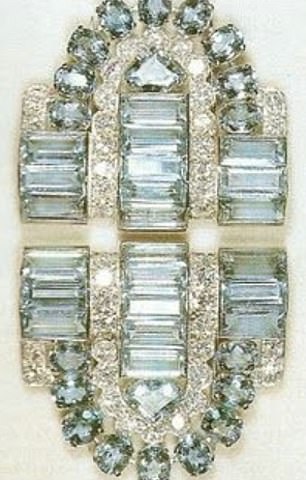 What prettier gift could a princess wish for on her 18th birthday? This pair of aquamarine and diamond brooches were a gift from King George VI in April 1944, just over a year before the end of the conflict in Europe.

The two art-deco style pieces, which the Queen wore separately in a diagonal setting for her VE Day speech earlier this month, were made by Boucheron from baguette, oval and round diamonds and aquamarines.

They can be worn in several configurations, including as one large brooch, but the Queen seemingly prefers to wear them as a separate pair.

A personal favourite, she wore the precious jewellery for her Diamond Jubilee TV speech in 2012. 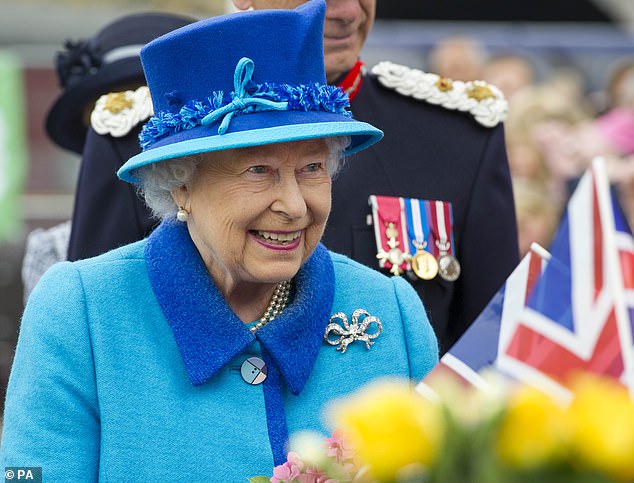 Ever modest, the Queen didn’t want a fuss in 2015 when she passed Queen Victoria’s record as the country’s longest-serving monarch — having served an incredible 63 years, 216 days.

But as she emerged from her holiday at Balmoral to carry out a series of engagements in Scotland, she did make a discreet nod to her great-great grandmother in her choice of jewellery.

The diamond brooch she wore on her Karl Ludwig turquoise and indigo wool coat was one of a set of three Queen Victoria had made in 1858 from her own diamonds.

The full set was worn by Queen Alexandra and Queen Mary at their coronations. While Queen Mary wore all three in a row, vertically, the Queen — a more conservative dresser — wears them singly.

In 1901, Victoria designated them ‘heirlooms of the crown’, meaning they pass from monarch to monarch, to be worn by queens regnant or consort. 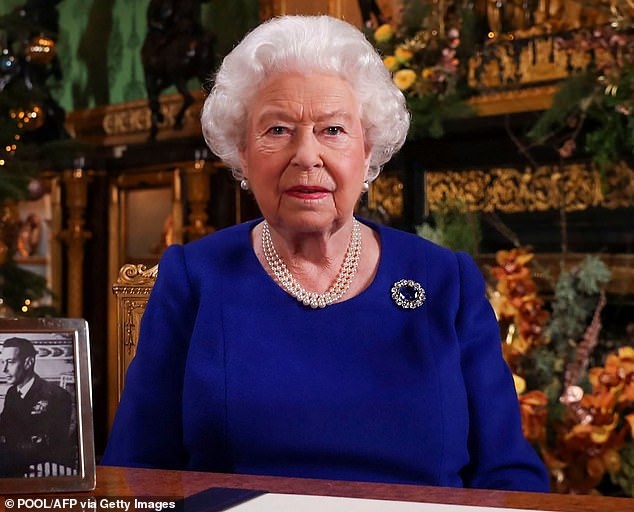 Members of the Royal Family must remain publicly neutral on matters of politics, but with Brexit drawing nearer, the monarch’s choice of clothing and jewellery for her 2019 Christmas Day broadcast appeared to have a European flavour.

The pre-recorded message saw her wear a royal blue cashmere dress, coupled with a circular sapphire and 12-diamond brooch — reminiscent of the EU flag, though this may have been accidental.

Curiously, she wore the same brooch in 1992, while addressing the European Parliament for the first time. The brooch was a gift from Prince Albert to Queen Victoria on the eve of their wedding.

Remembering a much-loved mother and sister 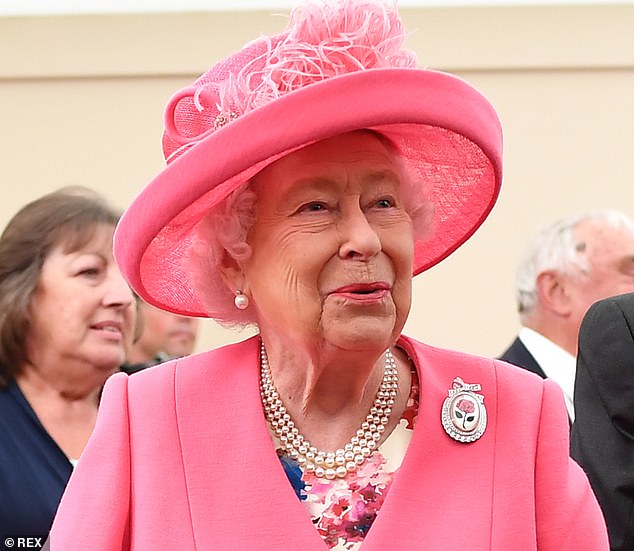 The Centenary Rose brooch was commissioned by the Queen as a 100th birthday gift for Elizabeth the Queen Mother in August, 2000.

Framed by 100 diamonds, it was made by Collins & Sons and features a hand-painted Queen Elizabeth Grandiflora Rose — a flower bred for the Queen’s 1953 coronation — on rock crystal.

As a poignant symbol of remembrance, the Queen wore the brooch for her Christmas broadcast in 2002.

During that year she lost her sister Princess Margaret and her mother — who died in the March, at the age of 101, only weeks after her younger daughter.

Did she signal disapproval for Donald? 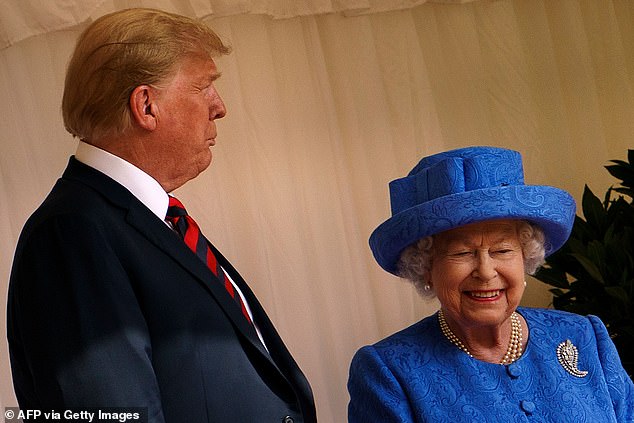 The U.S President Donald Trump speaks with the Queen during his visit to the UK on July 13, 2018 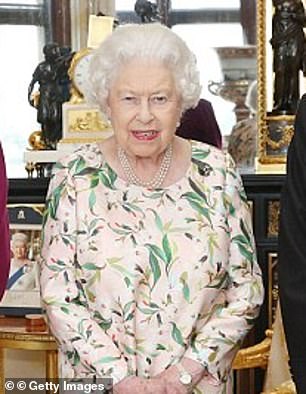 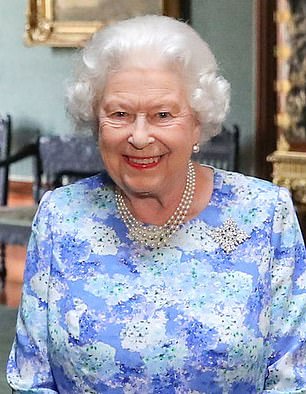 When Donald and Melania Trump made their first three-day visit to the UK in 2018, the internet was awash with talk of ‘brooch warfare’.

For as unlikely as it might seem given her years of careful diplomacy, some eagled-eyed observers speculated that the Queen’s choice of brooches during the trip was a snub to the 45th President of the United States.

Her first choice was a surprisingly modest vintage moss agate floral brooch, so discreet it was barely visible against her printed dress.

Yet Twitter users pointed out that the American-made brooch had been a gift from Barack Obama — who is famously critical of his successor.

On the second day she wore the Sapphire Jubilee Brooch, a gift from one of Britain’s staunchest allies, Canada — a country President Trump was not best pleased with at the time. 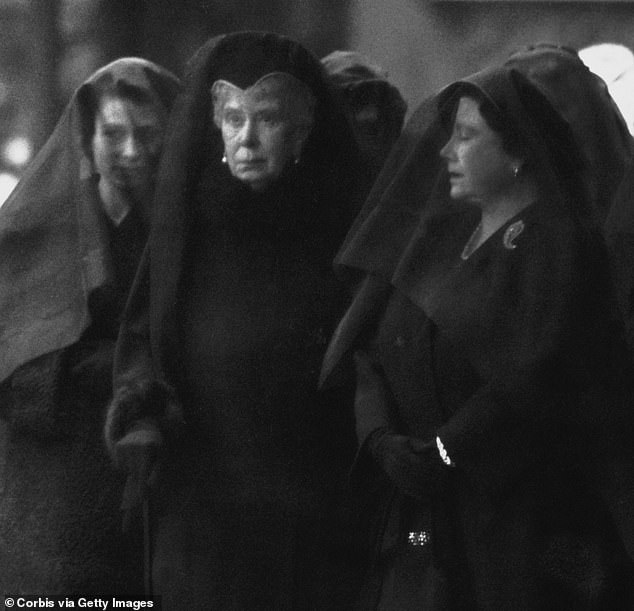 Presented to Her Majesty in 2017, the 48 sapphires contained in the brooch come from a deposit of gems on Canada’s Baffin Island. The sapphires fade in colour as they spread out, creating an ombre effect, set off by more than 400 diamonds and 18-carat Canadian white gold.

For Trump’s final meeting with the Queen, she wore what some dubbed the most ‘loaded’ brooch of all. Made by Cartier in 1938, it was worn by the Queen Mother to the funeral of King George VI.

But do we really think the monarch, schooled in diplomacy, would deliberately ‘throw shade’ at the President?

Whatever message the brooches did or did not make, the Trumps took control of the narrative when they returned for a state visit the following year. Their gift to Her Majesty? A Tiffany & Co poppy flower which came in a White House leather box.