Yolanda Hadid says her Lyme disease was misdiagnosed as ME

Yolanda Hadid has revealed she was originally told by doctors that her Lyme disease was myalgic encephalomyelitis (ME).

The Real Housewives of Beverly Hills star, 53, says she initially misdiagnosed in 2011 due to her extreme fatigue, which can be a symptom of both illnesses.

Ahead of the release of her new book, she has spoken out about how her six-year battle with the disease made her want to die, but found the strength to go on when she thought of her three children.

Yolanda is the mother of supermodels Gigi, 22, and Bella, 20, as well as Anwar, 18 – the latter two of whom also suffer from the same tick-transmitted disease.

She said: ‘In the beginning stages you just go ‘Okay’, you’re taught to believe the doctors are always right. So whatever the doctors said [I just went] ‘Oh, I’m fine!’

Yolanda Hadid, 53, confesses Lyme disease made her contemplate death but her children kept her grounded, a story she reveals in her new book Believe Me

The Dutch-born model first began to have symptoms in 2011, which included joint pain, exhaustion, insomnia and anxiety.

Her fatigue was so severe walking from the bedroom to the bathroom was nearly impossible and her illness eventually forced her to spend 22 hours a day in bed.

She was initially given a diagnosis of CFS in Los Angeles, California.

The illness is spread by ticks infected with the bacteria Borrelia, but the ticks are so small – often the size of a full stop on a page – that many people don’t notice they have been bitten.

Yolanda was finally given the correct diagnosis in 2012 after she was admitted to hospital in Belgium after suffering severe migraines and dark circles around her eyes.

‘I remember going to the Belgium airport… I mean they had to push me in a wheelchair that’s how debilitated I was,’ she told People magazine.

‘So it was a long six weeks of waiting, and once you get an answer it’s like the light went on. And you go “See!” I told everybody I had an infection in my brain, and they were looking at my like I’m crazy.’

Yolanda and Bella are among a host of celebrities who have spoken out about their battles with Lyme disease including Martine McCutcheon and Avril Lavigne.

Spotted quickly, Lyme disease is halted with antibiotics. But if left untreated for years, its impact can be devastating – in 25 per cent of cases, the nervous system is affected, causing numbness and memory problems.

Experts warn the illness could be officially classed as an epidemic within the next decade.

‘I cannot live one more day’

In a video for InStyle, Yolanda opened up about her years-long battle with chronic Lyme disease that she says pushed her to the darkest moment of her life.

‘I was naked in the ocean and just feeling so sick and at the end of my rope, that I was just trying to be one with the universe,’ she revealed.

‘It was like, Okay just take me, I cannot live one more day with this pain,’ she confessed.

‘But in that same moment I also had a flash of my three children, going like no, that is such a selfish move to just let go and quit.

Yolanda shared this moment and many more in her book Believe Me: My Battle with the Invisible Disability of Lyme Disease released earlier this month. 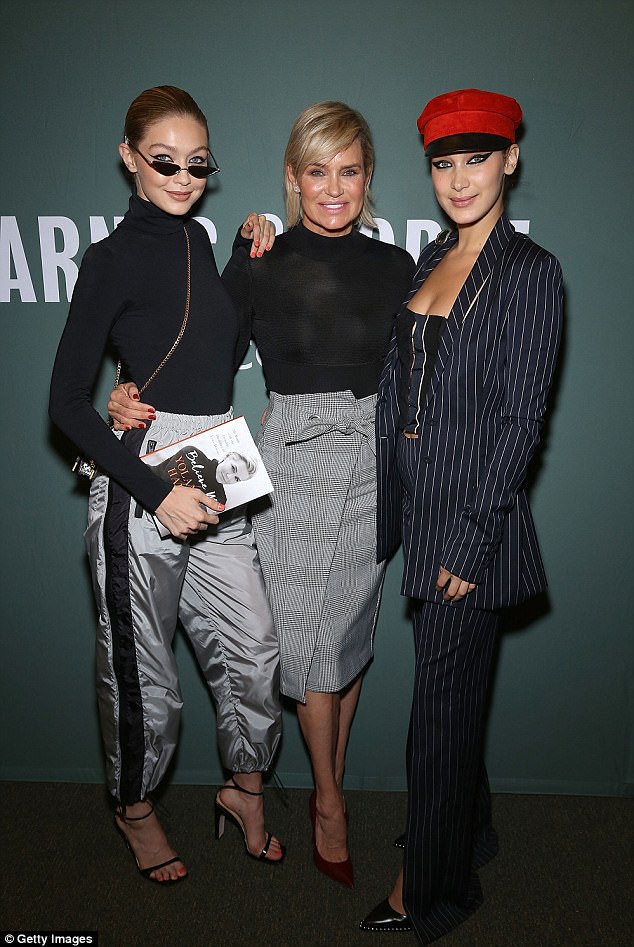 Pictured left to right, Gigi, Yolanda and Bella attend the book signing of Believe Me: My Battle with the Invisible Disability of Lyme Disease 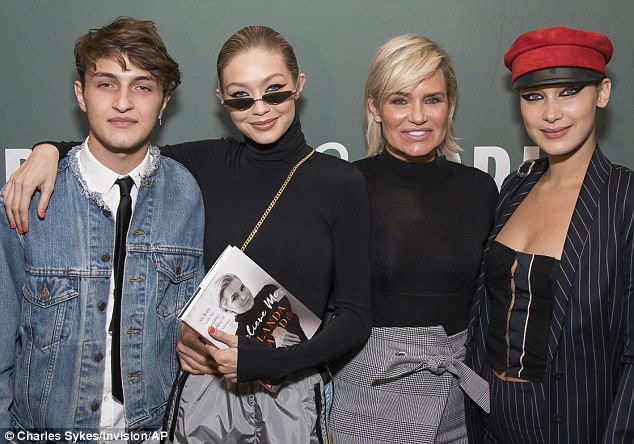 The 53-year-old was supported by her family including Anwar, pictured left, who has also had Lyme disease along with Bella 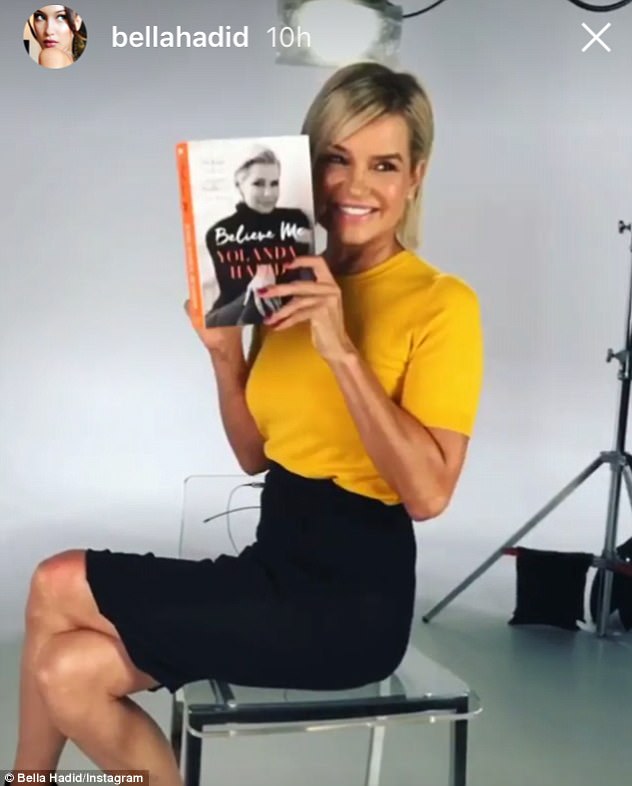 Number one fan: Bella shared snaps of her mother’s book debut on Instagram in support

‘It’s hard for people to understand’

In her book, she reveals how her daughter and young Vogue cover star Bella jets across the globe for high fashion modelling gigs but often returns home crying in pain.

‘This child suffers every day, seven days a week. But it’s really hard for people to understand because she forces herself, pushes herself to go to work, and I have her at home crying and in pain and I have to treat her. It’s very deceiving in a way,’ she explained.

In the video, the blonde Dutch model went on to explain how her son Anwar suffers with the disease. 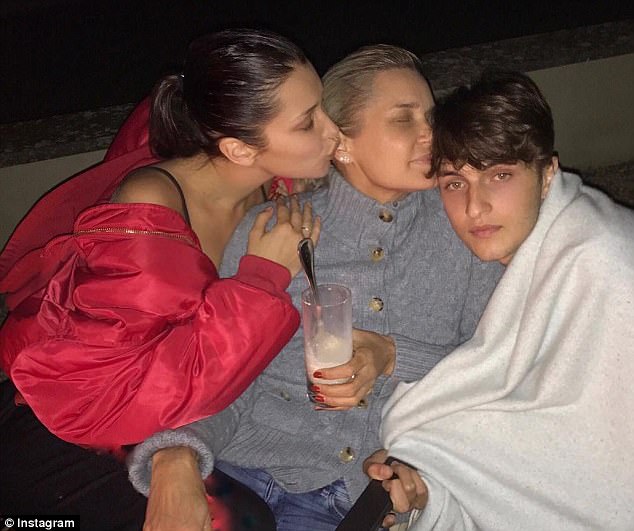 Children Bella and Anwar, who also suffer from Lyme disease, cuddle with their mom for a heart-warming snap on Yolanda’s Instagram

‘The symptoms of Lyme disease can be anything. For Anwar he had this sinus infection all the time and joint pain,’ she said.

She says doctors would dismiss his illness as ‘growing’ pains. But Yolanda knew that his infections meant something much more sinister.

‘You go through the whole system so many times until, as a mom, you have to follow your intuition. It’s not normal for a child to always have a sinus infection. We really have to look at our children from a perspective of oh, what if the doctor isn’t right?’ she said. 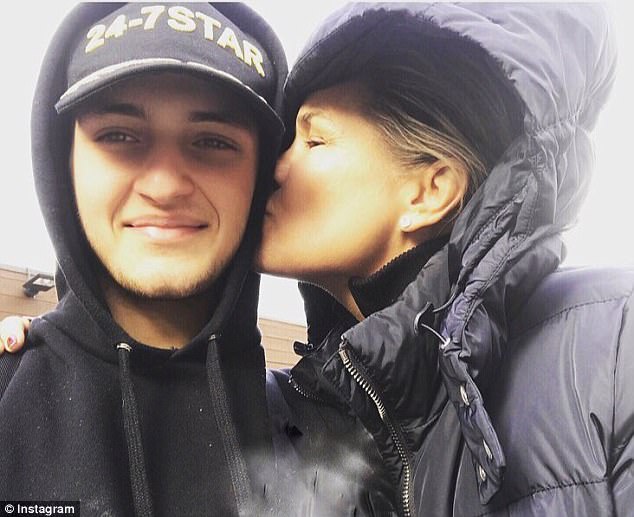