This is the hilarious moment a toddler threw a tantrum after she was cast as an angel in the school nativity – when she wanted to be Spider-Man.

Darcy Raine Cheshire, three, was in floods of tears when her mother picked her up from pre-school after roles had been cast for the traditional Christmas play.

Parent Heather, 37, tried to comfort her distraught daughter and explain to her that the superhero isn’t in the Bible.

Darcy Raine Cheshire, three, threw a tantrum in the back seat of her mother’s car when she was cast as an angel in the school nativity play 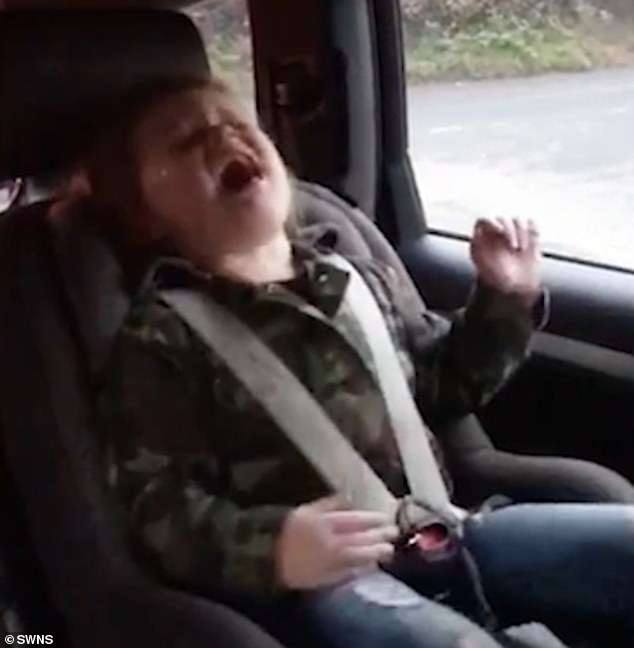 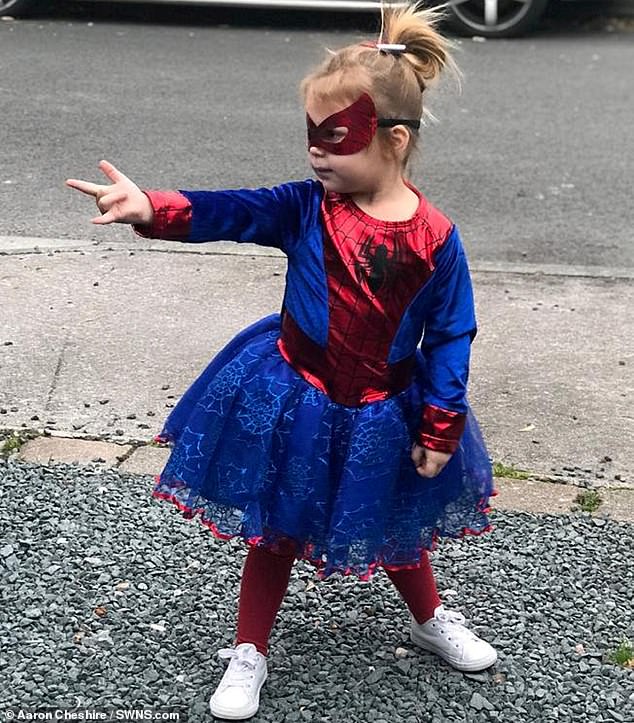 Hambleton Primary Academy have agreed to let Darcy go as Spider-Man in the play after watching the footage. Here, she’s dressed as the friendly neighbourhood hero

The clip begins with Darcy, from Hambleton, North Yorkshire, screaming that she ‘doesn’t like angels’ at the top of her lungs while kicking her feet and waving her arms in the back of her mother’s car.

Her mother asks her what she wants to be in the nativity instead – to which Darcy replies ‘Spider-Man’.

Her mother explains: ‘Spider-Man’s not in the Bible, it’s the story of baby Jesus.’

The hilarious video was shown to her teachers at Hambleton Primary Academy, who’ve now agreed to let the youngster dress up as Spider-Man. 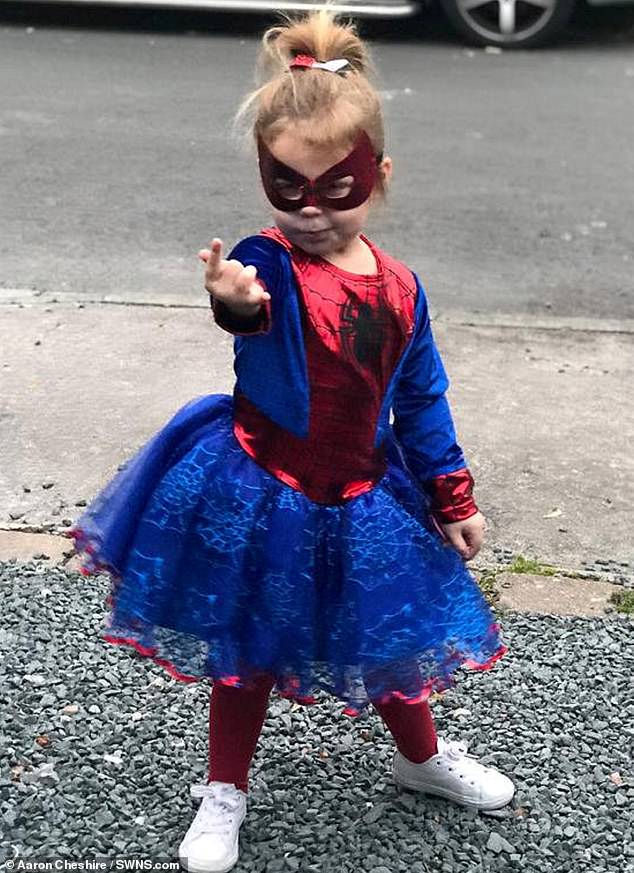 Dacry’s mother tried to explain that Spider-Man isn’t in the bible, but it didn’t stop the toddler from howling and screaming. Pictured: The girl makes the character’s famous web-shooting action 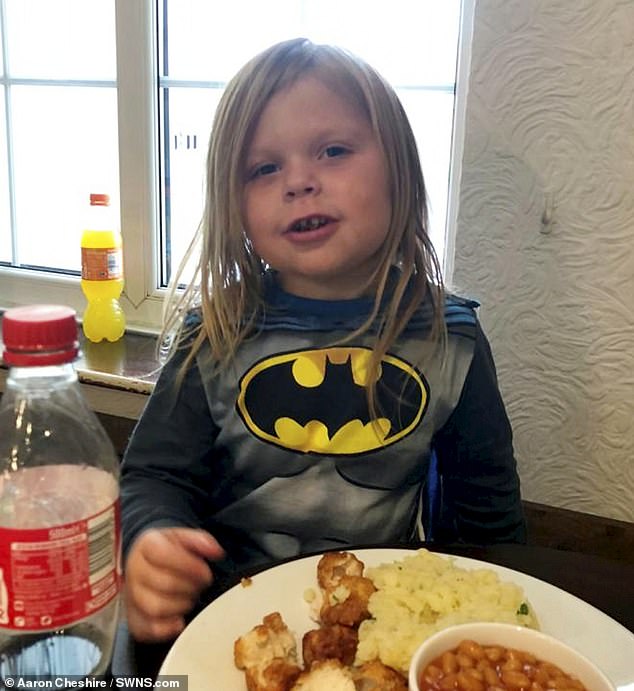 Her mother and father Aaron, 37, showed the video to the teachers at school – and they have agreed that she can be a superhero in the school show.

It even gained her one line directed towards baby Jesus: ‘You should be brave like Batman.’

Mr Cheshire said: ‘She comes out with the funniest things. She can be very loud and she’s very funny. She is very strong minded for a child of her age.

‘The things she comes out with, sometimes she’s more like an 18-year-old.’