You CAN have too much of a good thing: Excess health food can harm your health

When it comes to eating healthy foods, we think the more the better.

However, having too much of a good thing could come with some harmful effects.

Antioxidants and nutrients like selenium and antioxidants can wreak havoc on our bodies if consumed in excess and lead to muscle spasms as well as hair and nail loss.

Additionally, a healthy diet requires a balance and making sure you understand how much you actually need.

Daily Mail Online has revealed four nutrient dense foods that can be harmful if you go overboard.

Many foods that are high in nutrients are also high in chemicals, which if consumed in excess can wreak havoc on our bodies

A sprinkle of cinnamon to add some sweetness to your food or drink is not harmful to your health.

In fact, small amounts of the spice have been shown to lower your risk of diabetes, cancer and heart disease.

However, there are two types of cinnamon with different health effects: Cassia, which is the more commonly used type, and Ceylon which has a lighter and less bitter taste.

Cassia is the type most often found in supermarkets because it’s cheaper that Ceylon.

Cassia contains high amounts of a compound called coumarin, which studies have shown can cause liver toxicity and damage as well as increase the risk of cancer.

It contains about 5mg of coumarin per teaspoon but Ceylon cinnamon contains trace amounts of the substance. 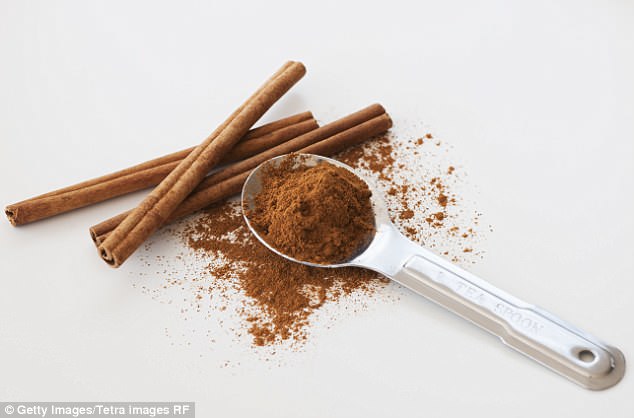 Cassia cinnamon, the one found most often in supermarkets, contains high amounts of a compound called coumarin, which studies have shown can cause liver toxicity and damage

Brazil nuts are a non-animal based protein, making them ideal for vegetarians and vegans, and are rich in selenium, a mineral which helps lift your mood and fight inflammation.

However, ingesting too much of it can lead to selenium toxicity, a consequence of which is brittle hair and nails, and could possibly lead to hair and nail loss.

Additionally, although the nuts are a healthy fat, you have to be careful of how much you eat. A recommended one-ounce serving – about eight nuts – contains almost 19 grams of fat.

Eating more than the recommended serving could increase your total fat intake which, if done so on a regular basis, can not only result in weight gain but also high blood pressure and diabetes. 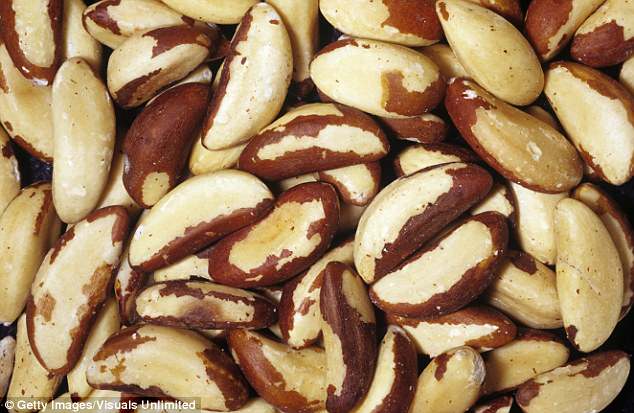 Brazil nuts contain selenium. If too much of the mineral is consumed, it can lead to brittle hair and nails, and potentially hair and nail loss

Tuna has been shown to be a great source of protein as well as being high in iron and B vitamins.

Albacore is often considered the best type due to its high amount of heart-healthy omega-3 fatty acids.

And although fresh is best, it can be just as good when canned.

But there is one significant difference: canned albacore tuna can contain higher amounts of methylmercury – which is a known neurotoxin – than other types of tuna.

Long-term mercury exposure can cause tremors, vision problems and memory problems and can potentially lead to permanent damage of your brain and kidneys.

It is also careful to choose a variety of canned tuna without a high sodium content. Consuming too much sodium can lead to high-blood pressure and increase your risk for heart disease. 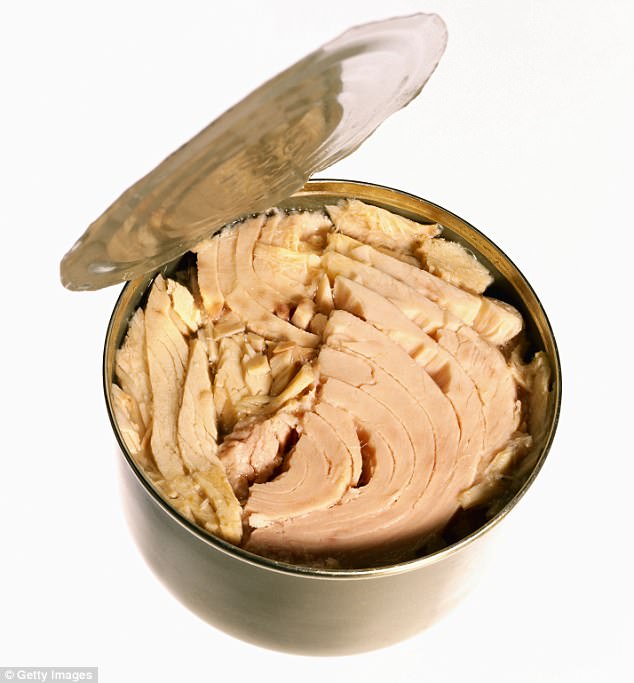 Canned albacore tuna can contain high amounts of methylmercury – a known neurotoxin – and too much ingestion can cause tremors, vision problems and memory problems

Researchers say that a cup of joe can also lower your risk of dementia and liver disease.

However, one eight-ounce cup of coffee contains between 100mg to 150mg of caffeine. The Mayo Clinic recommends having no more than 400mg in a day.

Excess caffeine can release serotonin and noradrenaline, excitatory neurotransmitters that can increase reactivity in the muscles and nerves and causes jitters, increased heart rate or eye twitches.

Caffeine can also delay a person’s melatonin release. Melatonin is a hormone whose levels drop in the morning when the sun goes up and rise when the sun sets, letting you know when it’s time to wake up and go to sleep.

Irregularities in a person’s internal clock have been linked to obesity, poor cognitive skills, gastrointestinal problems, and even cancer. 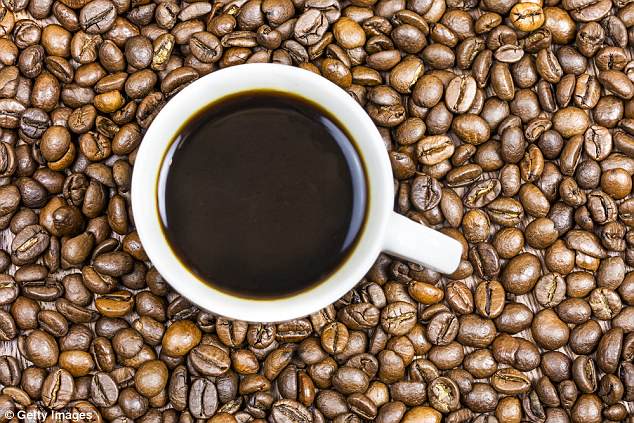 Coffee can disrupt a person’s internal clock have been linked to obesity, poor cognitive skills, gastrointestinal problems, and even cancer