You can now buy boxes of Krispy Kreme BITES for $5

The brand has taken the Original Glazed Doughnut and transformed it into a light, fluffy bite-sized treat – but they will only be available until August 24.

The new product is available in a box of six for $5 and are sold at Krispy Kreme stores or 7-Eleven locations.

Krispy Kreme stores are located in New South Wales, Victoria, Queensland and Western Australia, though not all stores offer delivery with Uber Eats or Menulog.

Krispy Kreme Australia’s Food Technologist, Tasha Kaur, said: ‘We know Australians are snacking more than ever right now, so we wanted to create a bite-sized version of our iconic Original Glazed Doughnut.’

‘They’re available in boxes of six, making them perfect for snacking on the go, throughout the workday or whilst enjoying coffee with friends for a little moment of indulgence!

‘We’re dreaming up what other flavours could work in miniature form and are certainly not opposed to going through another round of taste tests for the people,’ Ms Kaur said. 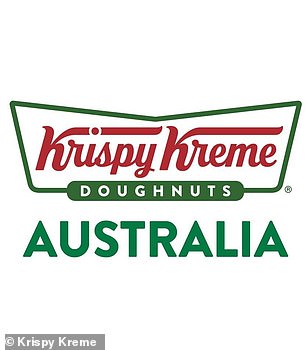 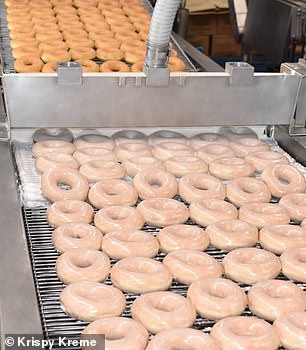 Krispy Kreme stores are located across Australia in New South Wales, Victoria, Queensland and Western Australia, though not all stores offer delivery with Uber Eats or Menulog

After the news was shared on Facebook and Instagram, customers were thrilled and are eager to purchase the miniature bites.

‘I had them this morning with my grandsons for morning tea – really nice,’ one person said on Facebook.

‘Yum! We need custard in the middle,’ another said.

Others said they are eager to try the bites but don’t have a Krispy Kreme store location in their state or area.