You can’t buy a pint of milk. But now you can pay for sex’: ‘Dibley’ village rocked by brothel

A real life ‘Vicar of Dibley’ village has been rocked after a parish council meeting claimed a woman has opened a brothel.

Idyllic Marston Magna in somerset was mentioned in the Doomsday Book, the novel The English Patient. It is so small it doesn’t even have a shop.

But among its tiny population of a few hundred people a rumour is swirling feverishly: that a local lady had opened a house of ill repute.

Details of the brothel emerged at a parish council meeting – which had been due to discuss unsafe manholes and the state of paths.

Instead the meeting was derailed when a concerned local spoke out about concerns of a ‘brothel/drugs den in the area’.

The peace in the rural idyll of Marston Magna, has been shattered by a shocking rumour. Pictured are thatched properties in the village, not the building suspected of being a brothel 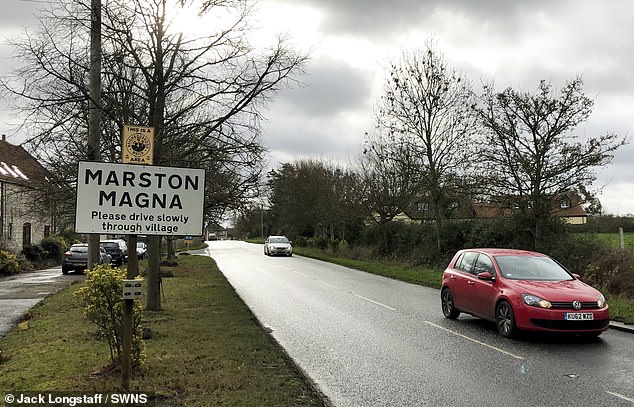 The tiny Somerset village, pictured in a general view, was referenced in the Domesday book and its few-hundred inhabitants have to leave their hometown even to go to a shop 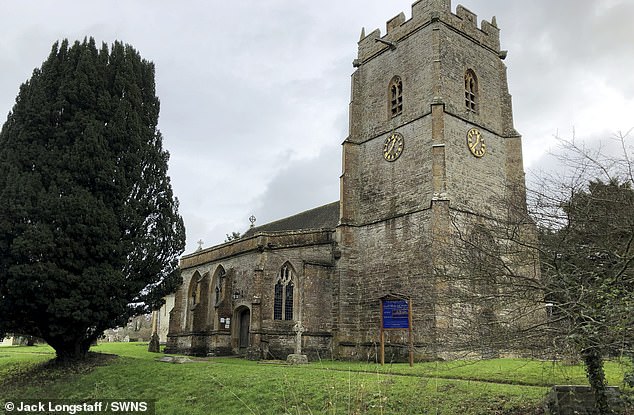 St Mary’s Church in the village of Marston Magna

The claim was reported in the subsequent edition of the village newsletter, which wrote: ‘A resident….raised the issue of a suspected brothel/drugs den in the area. They have contacted the police who have visited several times.’

Today’s edition claims the woman in her 40s has lived there for a few years but had recently become ‘very busy’.

It notes ‘strange men’ of all ages – from older businessmen in suits to younger men is work wear – are seen going to and from the alleged brothel on a daily basis, some carrying flowers and deodorant.

No one answered the door at the property today but speculation is rife in the historic village. Reaction is mixed, and only some see a funny side to the comings and goings.

One local said: ‘We haven’t even got a shop – you can’t buy a pint of milk or a loaf of bread. But now apparently you can pay for sex.’

One 26-year-old mum of three said it has made her want to move, saying: ‘It started get really bad in the summer. We always see people going in and out.

‘My children ask me “why has she got so many boyfriends?” and what is going on. As soon as one man goes, another one comes.

‘They cross each other on the path on their way in and out. I’ve seen some men take flowers and gifts with them. The Marston Inn. One local told a reporter he had not heard the scandalous rumour in the pub 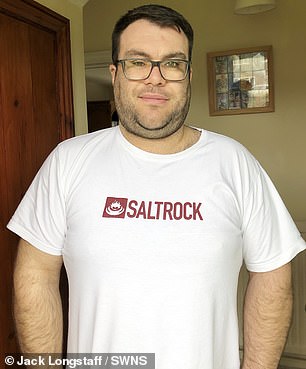 Colin Gilman, 36, said he had not heard anyone say anything about it down the pub.

‘Some of them are really young but some are in their 60s. It’s a disgusting thing to do really. Why would anyone do that to themselves?’

Mum-of-four Michelle Hackett, 42, said: ‘We often see men going in and out.. And they are all different. There’s loads of them.

‘I’ve even seen some men spray deodorant on before going in. ‘

But one elderly resident, who asked to remain anonymous, said he saw the ‘comical’ side of the saga, saying: ‘It has been the local gossip since it was in the village newsletter. It’s laughable to think that men are going in and out of there.

‘Apparently she has had regular visitors and that’s why people have got suspicious.

‘It’s comical and really quiet amusing to think someone is providing a service to men who need satisfying.’

The Parish Council magazine also said officials were liaising with the local Yarlington Housing Group, which it reported ‘had been advised but are unwilling to take any action.’

It went on: ‘Chairman of the parish council Fred Monson will raise the issue with Thelma Mead, the local PCSO.’

Colin Gilman, 36, a local for three years, was taken aback upon hearing the news: ‘It comes as a massive surprise to me. I didn’t expect it at all. I haven’t heard anyone say anything about it down the pub.

‘It’s a normal quiet village and isn’t the sort of place you’d expect to find a brothel. You might expect to find one in a town or city but not a place like this.’

A local dog walker, who has lived in Marston Magna for 12 years heard the rumour from a neighbour. She said: ‘I don’t see masses of people come and go so if she is doing it, I don’t see or hear anything.

‘There are lots of families living here so if she is doing it, it is a concern. You don’t want those types of individuals near where children are.’

Another resident, a pensioner who has lived in the village since 2001, added: ‘You tend to see several men around the place. Not many people know what’s going on but a lot of men visit. 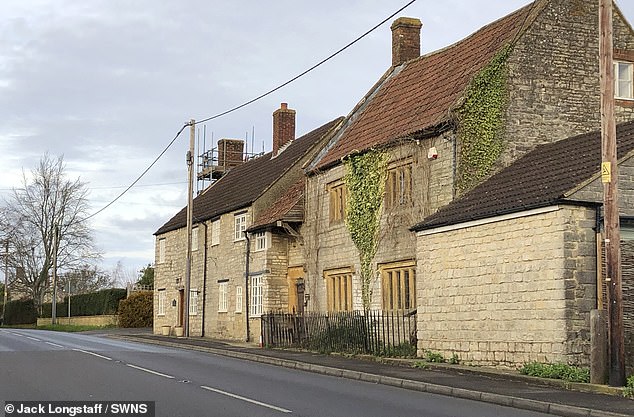 Pictured: other houses in Marston Magna, Somerset, which are not suspected of being a brothel. Rumours of prostitution abound in the village. One 26-year-old mother said: ‘As soon as one man goes, another one comes’ 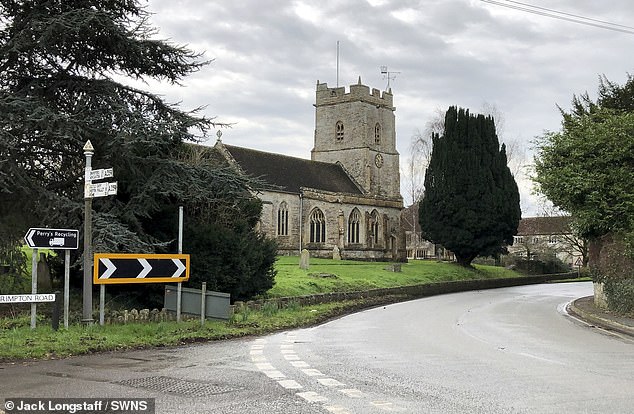 One pensioner who has lived in the village (stock photo) since 2001, said: ‘You tend to see several men around the place. Not many people know what’s going on but a lot of men visit’

‘Let’s put it this way, it’s not very good for the community. You shouldn’t have that sort of behaviour around children.’

A Yarlington spokesman said an investigation into the allegations is being led by the police.

They said: ‘Yarlington does not tolerate criminal activity in its properties whatsoever.

‘As these alleged activities are of a criminal nature, the investigation is being led by the police and we are working closely with them to help with their investigations.

‘We are keen to hear from members of the community if they have any concerns, alternatively they can contact Crimestoppers to report any information anonymously.’

Avon and Somerset Constabulary has been approached for a comment. Prostitution is legal in the UK but solicitation and brothel-keeping are both illegal.

Reverend Barbara Stanton of St Mary’s Church, Marston Magna, said she was unaware of the situation.