You DON’T have to be an alpha boss

Most people think of a successful leader as someone who is confident and decisive – and perhaps a bit shouty at times.

But now magazine editor Rebecca Holman is working to dispel those stereotypes, arguing that you don’t have to be an Alpha to be a good boss.

The 34-year-old says people who would typically be classed as Beta types – those who tend to be quieter, more laid-back, more pragmatic – can be just as effective in the boardroom as their bellowing counterparts.

Rebecca, who is the editor of The Debrief, says she has worked with a number of ‘amazing’ Alpha bosses during her career, but has struggled to live up to the expectations of what a good female boss should be like.

Most successful female leaders portrayed in popular culture are Alpha types – like Meryl Streep’s Miranda Priestly in The Devil Wears Prada (pictured). But magazine editor Rebecca Holman argues you don’t have to be an Alpha to be a good boss

Speaking to FEMAIL, she explains: ‘We’ve only got one view of what successful women look like, and there’s no latitude to be a different person beyond that.

They might be more driven and push things forward more, as well as being seen as very decisive.

Betas are usually more pragmatic, and more laid back.

They tend to be quieter and find it harder to talk about their own achievements.

‘Because I assumed I had to be like them to succeed, I just constantly came up short, essentially.

‘Eventually I realised I wasn’t that type of person, and it was okay to stop trying to be that person.’

She believes it is time to acknowledge that not every successful boss has to follow the classic Alpha model, with Beta bosses able to bring different skills to the table.

These include being able to collaborate with other people and make well-considered decisions.

PLAY TO YOUR STRENGTHS

A successful Beta boss is able to focus on their strengths, rather than focusing on their weaknesses.

‘Don’t fixate on the things you can’t do because they’re not fundamentally part of your personality.’

BE A GOOD TEAM PLAYER

‘You’ll be more collaborative as a leader and bring the team along with you, working for the good of the team rather than yourself,’ Rebecca says.

This means that you’ll be able to ‘inspire confidence’ in your team, and earn their respect. 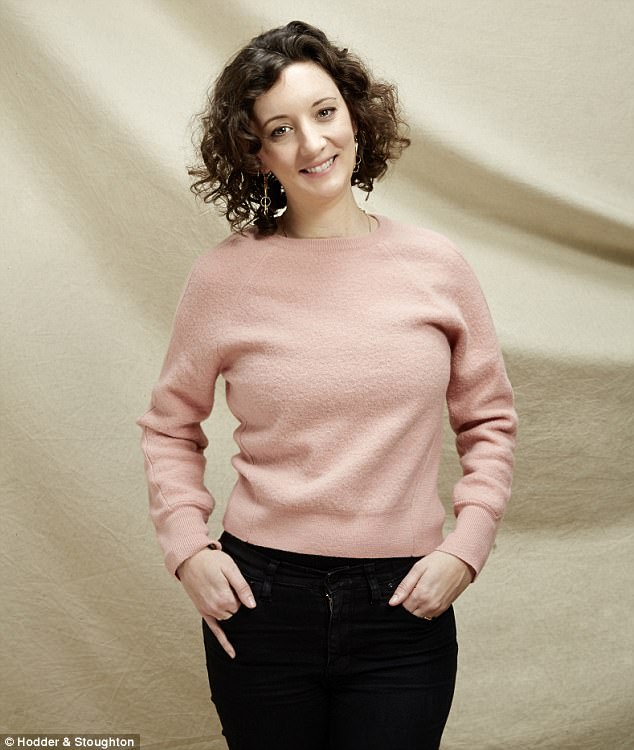 Rebecca, who is the editor of The Debrief, (pictured) says Beta types – people who are quieter, more laid-back, more pragmatic – can be just as effective as leaders

While Alphas tend to be more decisive, Betas often take a more considered approach – which may lead them to making better decisions.

‘This is a really good example of when a Beta boss can stronger than an Alpha,’ Rebecca says.

‘We assume that being decisive is a really positive trait and it’s a sign of a good leader.

‘But actually if you’re not asking the right questions and if you’re making decisions without thinking them through or without the right information, you’re not necessarily going to make the best decision.’

Rebecca says going away and saying ‘Can I think about it?’ might lead to a better outcome, rather than rushing into something.

Alpha bosses are sometimes thought of as being cold and aloof – like Miranda Priestly, from The Devil Wears Prada.

But Rebecca says it can be good to show your emotions in the workplace, even if you are in charge.

‘I think it helps my team relate to me and understand why I make certain decisions,’ she explains.

‘I think giving them that layer of visibility, and seeing me as human, is a good thing.’ 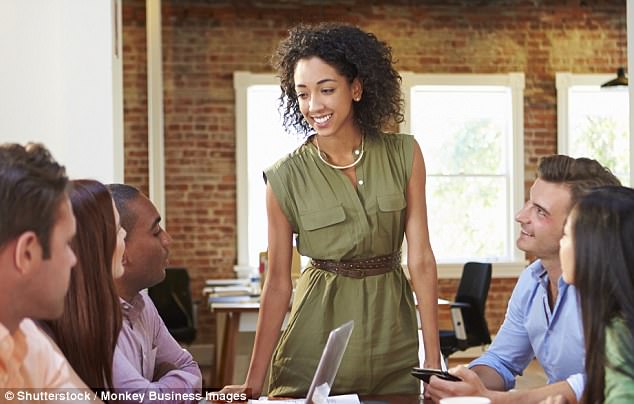 She encourages Beta leaders to play to their strengths, which include being able to collaborate with other people and making well-considered decisions (file photo)

FAKE IT TO YOU MAKE IT

The phrase ‘fake it you make it’ is thrown around a lot as advice for those who are feeling unsure of themselves at work.

And Rebecca believes the mantra can be useful, to a certain extent.

‘The idea of faking it to you make it, for a short period of time, can be a really good way of getting through something, or achieving something,’ she says.

‘For example, I hate doing public speaking, but faking that I like it might be the thing that gets me through a really stressful presentation.’

‘But I think if you’re having to fundamentally change who you are eight hours a day, five days a week, that’s not going to work at all.’

YOU ARE DOING A GOOD JOB

Beta types aren’t normally very good at promoting themselves and their own abilities.

But it is important to judge yourself on the work that you’re actually doing.

‘Focus on your actual work output as opposed to your personality,’ Rebecca says.

Beta bosses tend to be better at taking some much deserved downtime when outside the office – which is something they should never feel guilty about.

‘I can’t make a decision properly when I’m tired or stressed out.’

‘Having that opportunity to step away from work, and going away and enjoying the rest of your life is absolutely vital.

Rebecca Holman’s Beta: Quiet Girls Can Rule The World is out now.