‘You Jews, I’m gonna get you’: Florida jogger is arrested for SPITTING on an elderly Jewish couple

Daniel Valerivich Starikov, 33, was arrested after police reviewed surveillance footage of the attacks

Police in Florida on Wednesday arrested an allegedly anti-Semitic man who they said spat on a Jewish couple as they left their synagogue.

Daniel Valerivich Starikov, 33, of Hollywood, Florida was taken into custody Wednesday for the alleged March 22 incident that happened in the village of Bal Harbour about 12 miles northeast of Miami.

Starikov is originally from Britain, according to police, but his social media indicates that he is from Ukraine.

Authorities said Starikov was jogging in the 9600 block of Collins Ave around 11pm eight weeks ago when he saw and confronted a group of Jewish men wearing yarmulkes and wide-brimmed Hasidic hats as they walked home from temple.

There are five synagogues nearby and it is unclear which one the groups had come from.

Witnesses told police that the 33-year-old suspect clenched and banged his fists together in a threatening manner as he approached the victims, according to a police report obtained by the Miami Herald. 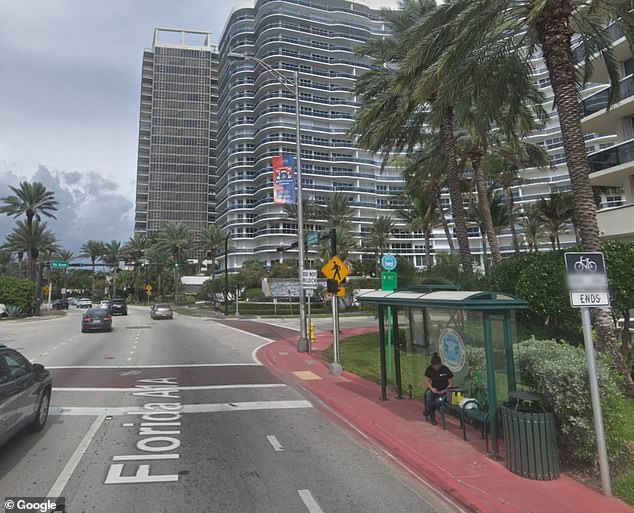 The attack happened in the 9600 block of Collins Ave around 11pm on March 22 during the Sabbath. There are five synagogues nearby

‘I’ll show you. I’m going to shove my d— down your throats. You Jews, I’m gonna get you,’ Starikov told the group, according to the report.

A short time later, Starikov confronted another group of Jews in the 9900 block of Collins Avenue after the first group fled to a nearby apartment building, police said.

This time he spat on two elderly people in the group while appearing to blow a raspberry with his mouth.

Both groups of victims told police they believe Starikov targeted them because of their faith.

County records show Starikov was out on bond for battery against a law enforcement officer or firefighter, resisting arrest with violence and threatening a public servant for an unrelated incident. 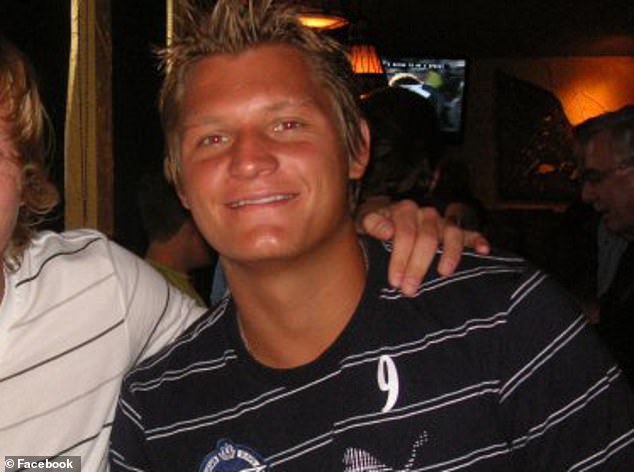 Starikov, 33, had a previous felony warrant for battery against a law enforcement officer or firefighter, resisting arrest with violence and threatening a public servant

Starikov, 33, says on social media that he is from Ukraine but police in Miami say he is British