We first meet Cordelia Russell, the narrator of this mesmerising novel, as she stumbles out of her flat in the South of France leaving behind the blood-soaked body of a stranger. A few hours later at a glitzy film industry party, she is snorting cocaine and drinking cocktails with a man she’s picked up in a hotel bar. It’s a breathless opening, but deceptive. Cordelia, once a captivating beauty whose looks are fading in middle-age, turns out to have had an impoverished childhood in a remote part of Ireland. How she goes from Delia O’Flaherty, mending her father’s fishing nets as a young girl, to life on the Cote d’Azur and an apartment overlooking the Mediterranean is the compelling story she relates. It is not a rags-to-riches fairy tale, but a disturbing confessional of tragedy, cruelty, deception and, ultimately, murder. Delia – emotionally detached, self-centred and completely beguiling – uses her looks and cold heart from the start to manipulate those around her, unconcerned by the casualties she leaves in her wake. That includes family, friends, lovers and even her own child. But is she about to get her comeuppance?

‘What is this “love” that everybody is so obsessed by? There have been people I enjoyed spending time with, people who made me laugh sometimes, people who have taken care of me, fed and clothed me, but am I expected to reward them with declarations of love at every turn? I don’t know what it is. The only person I ever had strong feelings for was my father. I loved him. But if Daddy felt the same way about me, why did he shoot himself? I don’t think love is useful.’

1. Nature or nurture? What makes Delia the way she is?

2. Does she have any redeeming qualities?

3. How significant is her relationship with her father in forming her character?

4. Should Delia have had an abortion? How different would her life have been?

5. Why are people so attracted to her? Is it more than just her beauty?

6. Apart from physically, how does she change after the fire?

7. Why does she allow herself to be abused when she moves to France?

8. What does Delia learn about herself over the course of her life?

9. The story is narrated by Delia. Can we trust her version of events?

10. What do you think of the novel’s ending?

Liz Nugent was born to a family of six children in Dublin in 1967. A childhood accident put paid to her plans to be an Olympic gymnast, and consequently she types with one hand. 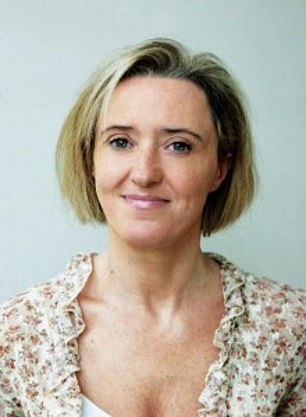 Liz admits she was not the most diligent student and took off to London at the age of 17, only to arrive back in Dublin on a stretcher after another accident clipped her wings. She found her escape from long hospital stays between the pages of books and, she says, if such a thing as Books Anonymous existed to treat her addiction, she still wouldn’t go, because it’s not a habit she intends to break.

Liz had several careers before becoming a writer. She was, among other things, a hospital administrator, a buyer for a construction company, a welfare office civil servant, a theatrical stage manager for Riverdance and a story associate on a popular Irish TV soap opera, Fair City.

As a novelist, Liz was heavily influenced by two books in particular: Engleby by Sebastian Faulks, and The Book of Evidence by John Banville. Both books feature very flawed and dangerous protagonists, something which attracts her in fiction.

Liz published her first novel, Unravelling Oliver, in 2014. It won Crime Novel of the Year at the Irish Book Awards and film rights have been optioned by Leonardo di Caprio’s production company. She turned her attention to flawed women for her second novel, Lying in Wait, which came out in 2016. It also picked up an Irish Book Award and was chosen by the Richard and Judy Book Club for their Spring 2017 list. ‘Writing makes me feel better about the world. I can talk to readers through my books and I value the connections I have made as a result,’ she says.

Liz lives quietly in Dublin with her ‘flawless’ husband Richard, a musician and sound engineer. ‘No children, no pets, no plants.’

My process of writing is to literally make it up as I go along. I am very jealous of the plotters who have their whole story mapped out on spreadsheets before they even start. I start with a character and put him or her in an extreme situation, examine the events that led to this situation, and then I play out the consequences. I find the twists and turns as I go. I often look at the most likely course for my character to take, and then I will put a roadblock in his/her way so that a different route must be taken. I think that if I can surprise myself, I must surely be able to surprise the reader. I write by the seat of my pants, and it is usually when I am about seventy percent of my way into the writing that I discover what holds the story together.

In the case of Skin Deep, it was the island of Cordelia’s childhood. For years, I have been fascinated by island life. I am both attracted to it and terrified of it and I had to force myself to examine why I feel this way. I had a very romanticised idea of idyllic island life, but I can’t swim and I can’t be more than a phone call away from a pizza or a physio appointment. So I began my research, reading up on ancient folklore, watching documentary footage of thatched cottages and dry-stone walls, of weather-beaten fishermen, and black-clad widows. I was hooked.

The islands I am talking about are stunningly beautiful. The landscape changes from moment to moment as clouds cast shadows, or sunbeams dance off the surface of the Atlantic Ocean. It is incredibly peaceful and quiet there, but remote and dangerous if the weather, or a neighbour, turns on you. If conditions are bad, you can be cut off from the rest of the world for weeks on end. The population is so small that there can be no secrets, and feuds are carried from one generation to the next. The wind could whip you off a cliff and dash you on the rocks below. The eastern side of the island may be lush and green, while the west can be rocky and barren. There is little industry or development besides tourism so government subsidies keep them ‘afloat’. Most of them have no police presence, so they are somewhat lawless and follow their own island code of ethics.

I was nearly finished writing the book before I realised that the personality traits of Cordelia matched those of the island. Stunningly beautiful, wild, dangerous, remote and ultimately murderous, she is emotionally unconnected to other people but attracts them like moths to a flame. She is as whimsical as the weather and relies often on the ‘subsidies’ of benefactors. Also, there are two very distinct sides to her character, and later, to her face. Cordelia’s moral code is questionable. She has her own unique sense of justice and entitlement.

It astonished me when I realised the similarities between the character and the island on which she was born. I certainly did not set out with that intention, but there is a strange kind of alchemy that happens when writing.

The 18th century German writer Goethe said, ‘Whatever you can do, or dream you can do, begin it. Boldness has genius, power, and magic in it. Begin it now.’ It couldn’t be more true in the case of book writing.