Graham adores his younger, effortlessly beautiful wife Audra, but after 12 years of marriage finds that the quirkiness which makes her so endearing is also exasperating. Her conversation is not constrained by social niceties, and she happily engages anyone she meets with details of their lives – both startlingly intimate and tediously trivial. She invites people she barely knows to stay in their New York apartment and issues dinner party invitations to passing acquaintances. It is an approach she extends to Graham’s first wife, Elspeth, who unexpectedly appears on the scene and becomes a regular part of their lives.

Elspeth is the complete opposite of Audra: buttoned-up, organised, cool. How, wonders Graham, can the same man have fallen in love with two such different women? And did he make the right choice? The fact that he and Audra have a young son with Asperger’s makes Elspeth a seductively welcome escape from demands at home. This is an affectionate, shrewd and poignant comedy about a marriage changing gear.

‘It was just like an affair, Graham thought, except without the sex or love or excitement or other good parts. There weren’t even the bad parts – shame or betrayal – because Audra knew and approved. Or at least she offered no objection and sometimes she even looked relieved. (She seemed overwhelmed lately.) No sex, no secrets, no guilt, no debauchery greater than gourmet potato chips. So why then did Graham’s heart beat faster every time he climbed the steps to Elspeth’s building?’

1. Is the novel’s view of marriage optimistic, pessimistic or realistic?

2. Is Graham a hero or a hopeless case?

3. He wonders how he could have fallen in love with two such different women. How could he?

4. Who is right for him, Audra or Elspeth?

5. What effect does Matthew’s Asperger’s have on the marriage?

6. Is the age difference between Graham and Audra important?

7. Why does Audra welcome Elspeth into her life and marriage?

8. Can you remain friends with your former spouse?

9. What is the significance of the book’s title?

10. What do Graham and Audra learn about themselves? What does the future hold for them? 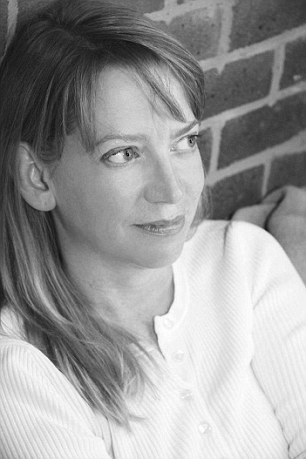 Katherine Heiny, the daughter of two scientists, grew up in Michigan, USA, and later lived in New York, London and the Hague. After graduating from the University of Kansas and the MFA (Master of Fine Arts) creative writing programme at Columbia University, she had a short story published in The New Yorker in 1992, considered quite an achievement at the age of 25. It had been rejected by over 30 other publishers.

However, it was to be some years before she published her first book, a collection of short stories, Single, Carefree, Mellow, which appeared in 2015. In the meantime, she wrote at series of romances aimed at young adults under various pseudonyms. ‘At the time I was waitressing, so I was like, is it more money? Okay, I’ll do it,’ she recalls. ‘I’m glad I did it, but I left at the right rime. I think if I would have gone on with it, I would have burned out.’

The birth of her two sons, now teenagers, also interrupted her literary career, and it was only when the youngest one started school that she returned to writing. Standard Deviation, her first novel, was published in hardback last year to widespread acclaim.

Katherine is married to a former British MI6 officer, whom she met in a bar. ‘For most of our married life he was undercover, and I couldn’t tell people what he did. We had to be careful about what we said on the phone. So I think that because I lived with secrets being part of my life for so long, it’s kind of second nature,’ she says.

Among Katherine’s favourite authors are Anne Tyler – she claims to have read The Accidental Tourist 25 times – Stephen King, Margaret Attwood, Alice Munro, Kate Atkinson and Lionel Shriver. She and her family live in Washington DC.

​A​ long time ago – seriously, like 20 years ago – a friend of mine went to a wedding where she knew nothing about the bride other than the fact that bride got very wet during sex. That story stayed with me and, much later, I began writing about that wedding, or how I imagined that wedding​, and I developed a character named Audra who has no filter, who would not only know such a detail but have no problem revealing it. And then I wondered what it would be like to be married to such a person, and I started writing about Graham and Audra. Graham, the husband, is the one I relate to most – an introvert who finds the world a little scary and he’s also overwhelmed by social obligations.

Someone wrote on Facebook recently and asked if it was possible to die of small talk and I was like, ‘Yes! Yes, it is!’ My last words were ‘What do you think of this weather?’ But Audra lives for that stuff. It rejuvenates her. She was so much fun to write about because she’s so different from me. (Although a few weeks ago, my son asked me to email his teacher about something and then he added, ‘And don’t try to be funny.’ So maybe I have less of a filter than I thought.)

The book actually started out as a short story, but Audra was such a strong character and had so much to say that I kept going and it grew into a novel about love, marriage (second marriages in particular), infidelity, the challenges of raising children, and origami. Lots of origami. My elder son went through a period of intense infatuation with origami, and we wound up going to conventions and things, because that’s what you do if you love someone who loves origami. And I learned to love it, too, although I don’t actually do origami – once at a convention, a woman said to me, ‘Oh, I see you’re a non-folder’ – and I can’t begin to describe the scorn in her voice. So, lots of origami worked its way into the book and I feel so lucky: some people get to find inspiration, and some people get to make their children happy — I got to do both.

When I started writing the book, I knew I wanted Audra’s son, Matthew, to be the complete opposite of her, personality-wise, so I knew he was very shy and not very social. The fact that Matthew has an actual diagnosable condition is a slow reveal in the book because it was a slow reveal to me as I wrote it. Matthew was inspired by many, many kids I know – in fact maybe all kids I know. It took me a long time to realize how few parents have some straight-arrow child with no issues. Raising any child is so much more complicated and difficult than you think it will be when you’re some clueless pregnant woman excitedly buying extremely small sweaters (that was fun though, I loved those sweaters).

I think a main theme of Standard Deviation is acceptance. You’re never going to have a perfect relationship and you can’t make life perfect for your child, but you can learn to love the people in your life for who they are. (That sentence is so boring I can’t believe I just wrote it.) I guess I think, for most people, acceptance resides somewhere in the grey area between doubt and love.

There’s a great Lorrie Moore comment about a short story being like a love affair and a novel being like a marriage. I think that a short story is like a cocktail party and a novel is like a really long family reunion where you keep having to see everyone in their bathrobes at breakfast. But now that it’s over, I wish it had lasted longer. Recently, I sat next to a man on a flight who told me, politely, that the legholes of his underpants were too tight, and I thought, ‘Oh, I wish Audra was here!’