You want sweet and sour pork? Go next door!

Once upon a time, it was simply ‘Chinese’. An ancient, vast and thrillingly varied collection of regional cuisines, braised, simmered and reduced into a blandly homogenous whole. A bite of sesame prawn toast, a fistful of seaweed, some turgid sweet and sour pork. And something involving duck. Sad, wan, flabby, fatty duck.

Then came specialisation, Cantonese first, thanks to the influx, post-WWII, of mainly male immigrants from Hong Kong and Guangdong province. So dim sum and congee, steamed fish and char siu. And, at its best, an absolute obsession with the essential flavour of the very freshest ingredients. Followed by the fiery, numbing charms of Sichuan, and the ‘Revolutionary’ fresh chilli punch of Hunan. And the sweet, oily Shanghai style and the… well, I could bang on all day, but you get the point. One country, a myriad of variations. 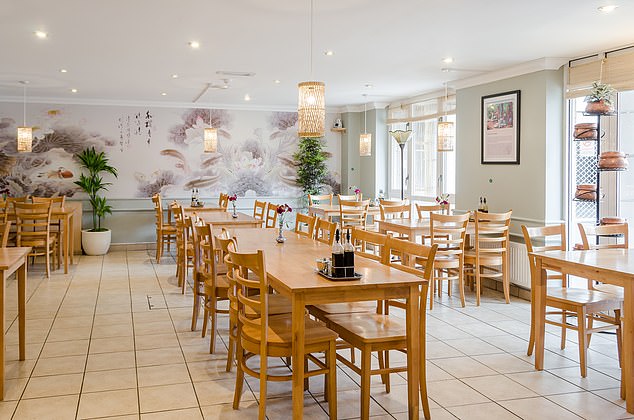 The room is strictly utilitarian, but scrupulously clean, the doors and windows flung open wide

One region that’s rather under-represented, though, is Yunnan, down in the south west, a place with as much diversity of land-scape (towering peaks, plunging valleys, vast rice terraces) as it has ethnic groups (56, to be precise). All this is good news for those in search of a decent lunch. And here, in a Cambridge restaurant called The Dumpling Tree, we find serious Yunnanese succour.

The room is strictly utilitarian, but scrupulously clean, the doors and windows flung open wide. Cheese first, a rarity in China, but, thanks to a heavy Mongolian influence, a staple here. Pan-fried and golden, rubing is made from goat’s milk. But the flavour is so light and subtle, like halloumi after a year at Swiss finishing school, that I don’t detect even the merest grunt of the farmyard floor. Dragged through a mixture of chilli oil and vinegar, it’s a revelation. There are matchsticks of barely boiled potatoes, still crunchy, tumbled with pickled mustard greens and chilli, the tang of the vinegar keeping everything in check. And more potatoes, deep-fried this time and mixed in a handsome copper pot, with fluffy rice and small, deep-fried hunks of the famed Yunnan ham, rich, intense and splendidly salty. Despite it being the dog days of summer, this is a winter dish of pure genius, a soft and crisp double carb embrace.

Chewy dried beef comes with fruity, chewy dried chillies, a dish of discreet depth, while Mongolian-style steamed dumplings are robustly chewy. Heartily seasoned too. Tilapia wallows in a dark and dangerously scarlet chilli oil, with whole branches of Sichuan pepper, and still more of those dried chillies. This is all about sly heat, though, rather than full-frontal assault. 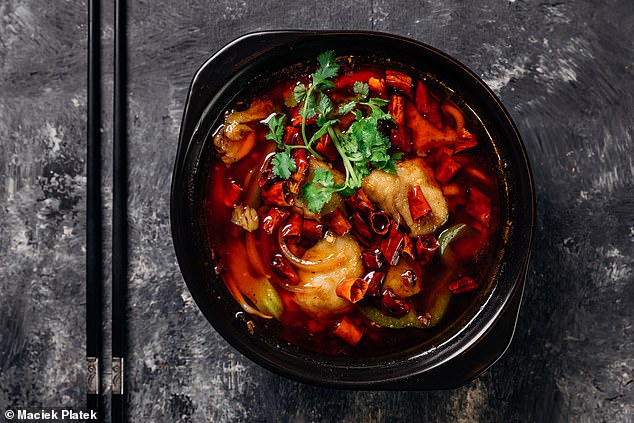 The whole lunch is as much an education as it is a delight, helped by the charming owner, who gives eloquent, impassioned explanations of all these various delicacies

On every table are bottles of soy sauce, vinegar, and bowls filled with chilli and garlic oils. All of these are splashed and slopped liberally, although flavours are elegant rather than brash. Flavours that reach their pinnacle in the famed ‘Crossing the Bridge noodles’, where a bowl of boiling chicken stock – clean and astonishingly delicate – is set down before us. Alongside slippery fresh-made noodles, beautifully taut and bouncy. And dried lily flower, slices of Yunnan ham, pickled mushrooms, salty preserved vegetables, raw prawns, squid and quail’s egg. So a hotpot of sorts, but miles removed from the murky, brow-beading morass of its more famous Sichuan cousin. Again, there’s an essential purity to the dish, which hints and whispers rather than swaggers and roars.

The whole lunch is as much an education as it is a delight, helped by the charming owner, who gives eloquent, impassioned explanations of all these various delicacies. There are a lot of Chinese in Cambridge, she tells us, and quite a few from Yunnan too. Lucky them. Because this is the sort of regional Chinese restaurant in a regional English city that makes me very happy indeed. But not everybody agrees. Their immediate neighbour is an old-school, British Chinese takeaway. ‘They sometimes come in here by mistake,’ she says with a smile, ‘asking for sweet and sour pork. I politely send them next door.’ About £20 per head