You were the future once! Jose Mourinho relishes being the underdog but Jurgen Klopp is king

It was probably former Prime Minister David Cameron’s finest hour. As fresh-faced opposition leader, taking on Tony Blair for the first time, he goaded him with an inspirational line. ‘You were the future once!’ the young buck told the old hand.

Mourinho, 56, and Klopp, 52, don’t quite play the same roles in life experience. Yet the line fits in terms of respective career trajectories, one slow and steady, the other Icarus-like in its rapidity of ascent.

When Mourinho was blazing a trail across Europe, winning Champions League finals, Klopp was finishing third in the second tier of the Bundesliga with a club that was a something of a joke in their own city. 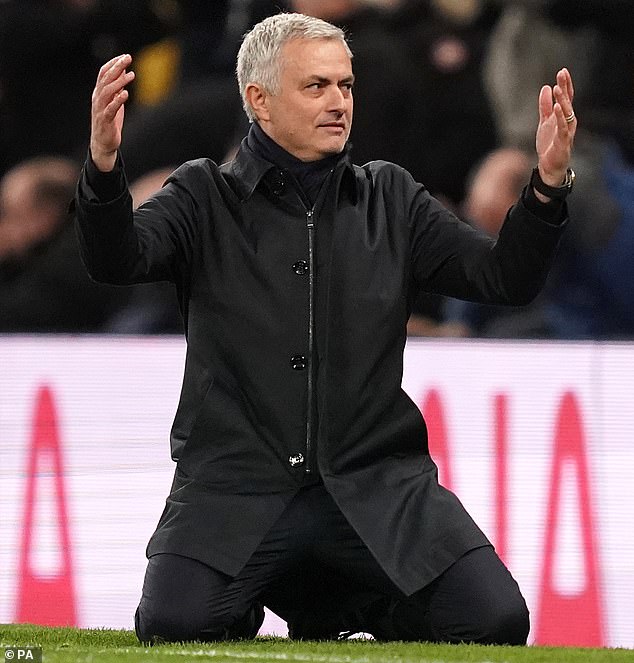 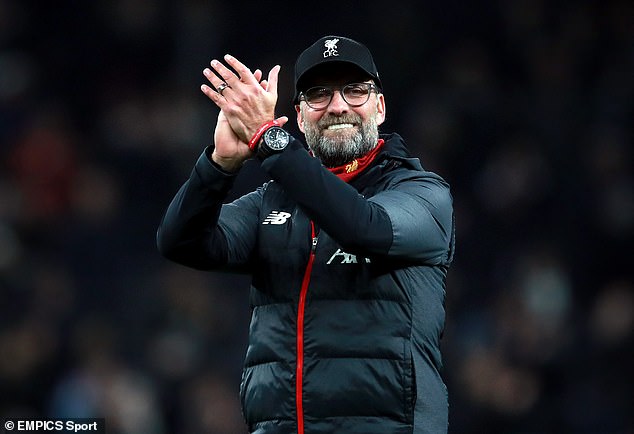 Yet there’s no doubting who wears the crown now. It doesn’t take a coach of the year award to identify the world’s most charismatic and admired manager.

Even Pep Guardiola has had to take a step back to allow Europe’s most feted football leader enjoy the limelight.

Mourinho was that future once. He believes he might still might be. That’s why he’s here at Tottenham and not in Qatar or China, to prove his greatest achievements aren’t behind him.

His entrance six weeks ago was breezy and his effect immediate. They enjoyed the bounce. Now they’re on the other side of that curve, back to where they were. Back to reality, as one eminent north Londoner of these parts once put it.

No Harry Kane is staple of the mid-winter campaign for a Spurs manager, as is the realisation that you will never be kings of the transfer window.

It’s a much better place to be than Old Trafford at present. Yet it’s not Real Madrid. Nor is it Chelsea in those early free-spending days.

You suspect, deep down, he relished this challenge against Klopp. At heart, the man who cavorted down the Old Trafford touchline as Porto manager 16 years ago loves to characterise himself as the underdog.

Perhaps that was the reason for giving 20-year-old Japhet Tanganga his Premier League debut. For one thing, it helps counter the accusation that he has no interest in the emerging generation. This is Jose 2.0.

Yet it also feeds his chosen narrative. Mourinho loves this schtick: down to the bare bones, us against the world.

One of his finest moment came unpicking Guardiola’s great Barcelona side with Inter in a Champions League semi-final in 2010. He outwitted Guardiola, the coming threat to his self-declared specialness, with a 3-1 win setting up a two-legged victory and a win in the Champions League final.

Mourinho’s format against the great sides has been broadly the same ever since: the obsession with shape, preferably with an extra defender, quick, lethal strikers (though he of course lacked Kane on this occasion), and the early ball over the top to disrupt. 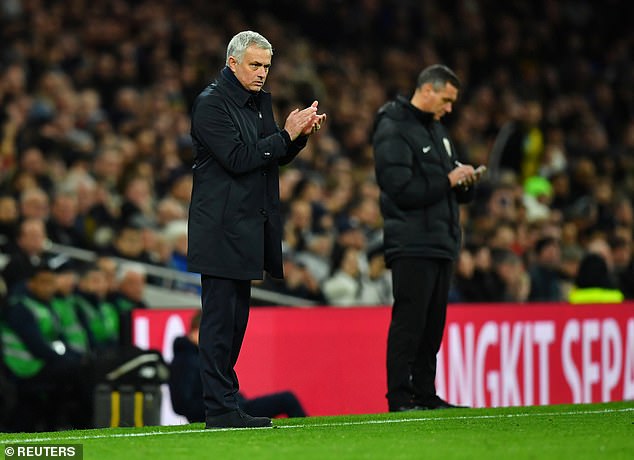 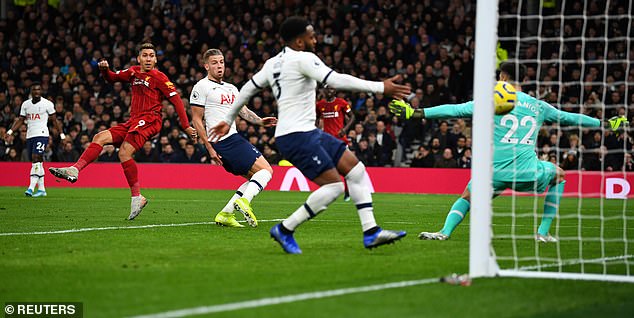 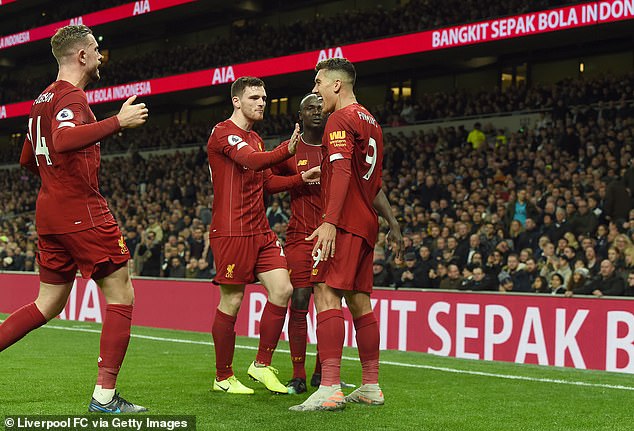 He has a particular fondness for a diagonal long ball. But it is a game plan that has served him well.

You can tell when Tottenham move even a degree out of the pre-designated Mourinho shape. That is when their manager is at his most animated, half crouching, applauding manically and cajoling his players back into line.

Other times, Liverpool would be enjoying possession, Tottenham appeared under threat, but Mourinho was quite comfortable, hands in pocket, strolling around as if on a Saturday evening promenade.

The message was clear: gegenpress all you like; you’re not getting through that.

Still, there is only so much you can do against this extraordinary challenge. Pity Tanagana. If you were picking a Premier League debut, you might not ask for one against Mo Salah, Sadio Mané and Roberto Firmino.

Add in being asked to play both as a back three (when Spurs were out of possession) and then cover for Serge Aurier, who had licence to play right midfield as he saw fit, and later to fit in at left back. There are better ways to be eased into elite football.

A robust dispossession of Mane and a confident stride up the pitch led to the African player of the year upending him. Yet for all his early promise, this was a test that would challenge an experienced pro.

Firmino is a player who lives for feints in tight spaces. Quick feet and a dropped shoulder is the genre he inhabits better than almost anyone.

So it was unfortunate that it was Tangana, having started so well, who should fall victim. A throw in on 37 minutes was deflected by Henderson to Salah inside a penalty area so crowded it could have been the post-match queue for Seven Sisters station.

A dinked pass to the Brazilian was all it took. Firmino read it right while Tangana misjugded it marginally.

It was enough. Firmino, allowing the ball to run across his body and thus fool the debutant, had bought himself the year of space he needed.

The rest, from ten yars out wa spreciate: a crisp striker that was impossible to keep out. That’s the way with this Liverpool team. Woe betide those that play brilliantly for a mere 89 minutes

The Mourinho plan works until you concede. Then there needs to be a better one. To be fair to Mourinho, there was.

Initially stuttering in the second half, the changes on 69 minutes brought fresh verve. They played a conventional back four with Erik Lamela and Giovani Lo Celso asked to attack and they seized the initiative.

There was a key moment on 75 minutes when Moura played in Son. Space opened up and Son had a glorious chance to equalise but lifted his shot over the bar.

Mourinho turned away, stalking towards the bench, his hand touching his forehead as though to repress the disappointment. That’s probably what he had in mind when he insisted that losing Kane meant that he didn’t have a centre forward.

Then there was the Lo Celso moment, when Serge Aurier crossed on 83 minutes and the Argentine slid in, clear of the back four, stuck out a leg and from three yards out could only direct the ball wide.

The stadium roared and then sighed, the din swelling around the magnificent structure. Mourinho sunk to his knees, arms outstretched and then the grimace became an impish grin.

This might have been too formidable an opponent. He may never catch Klopp again. But he isn’t quite done yet.