‘You wouldn’t be able to pull all these women if you weren’t an MP:’ Book reveals how Corbyn was ridiculed by friends after enjoying a string of relationships with younger women

Following his divorce from his second wife Claudia in 1999, Corbyn enjoyed relationships with a succession of younger women. Among the most prominent was Loraine Monk, a member of the London Labour Party executive who lived in Kingston upon Thames.

Noted for dressing in Oxfam clothes, Monk asked Corbyn to take her to receptions, and to everyone’s great surprise he agreed. Other women followed, including Ann Cesek, a lively blonde Marxist.

Many were bewildered by how an unkempt, anti-social man, now in his 60s and dedicated to his allotment and jam-making, could attract any woman.

The answer was partly that Left-wing activists seek different qualities than domestic goddesses, and partly what his old friend Val Veness told Corbyn to his face: ‘You couldn’t pull all these women if you weren’t an MP. They wouldn’t be interested in an old man with a beard.’

Corbyn’s lifestyle changed after he forged a new, long-term relationship. In 1999 he had helped Marcela Alvarez, a Mexican living in Britain, to find her son, who had been taken away by his father. 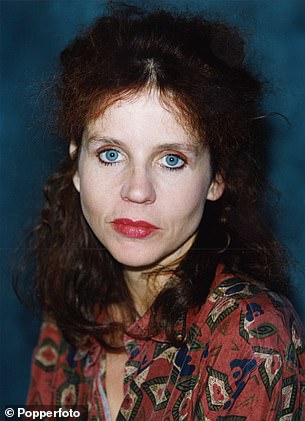 In the midst of the custody battle, Marcela’s sister Laura had arrived from Mexico to give moral support. Over the years Corbyn and Laura developed a transatlantic friendship, albeit Laura was 20 years younger than him. Unlike his second wife Claudia Bracchitta, she was not a middle-class intellectual but a smalltown activist.

Their relationship developed slowly, not helped by Corbyn’s evident boredom during his visits to Mexico – he tended to go off on his own to send long text messages to people in England – but eventually they agreed to share his small house in a quiet street in Highbury.

Like her predecessors, Alvarez soon discovered that Corbyn was ‘not helpful with the housework’, and was rarely at home, for all his objections about a ‘very unequal society’.

Nevertheless, they married in 2013. As was the case with his two previous marriages, none of his political friends knew in advance or was invited.