Young Aussie woman reveals the VERY strange side effect she experienced from her second Pfizer vaccination – and she’s not alone: ‘Everybody has been pointing it out’

Content creator and Only Fans star Tee Jay, who posts under the handle ‘Wippa Snippa’, revealed her strange side effect with fans on Sunday

A young woman has revealed she has been left with permanently ‘stiff nipples’ following her second Pfizer vaccination.

Content creator and Only Fans star Tee Jay, who posts under the handle ‘Wippa Snippa’, revealed her strange side effect with fans.

But many had already noticed.

‘So in all my videos people have been pointing out to me that you can see my headlights, yes I know,’ the Melbourne woman said.

She said she has been ‘trying to figure out why’ for weeks and come to the conclusion it is a little-known side effect of being vaccinated.

In the video the frustrated influencer asks if anyone else has found themselves with hard nipples since being vaccinated.

She was quickly inundated with comments from women who had noticed the same side effect. 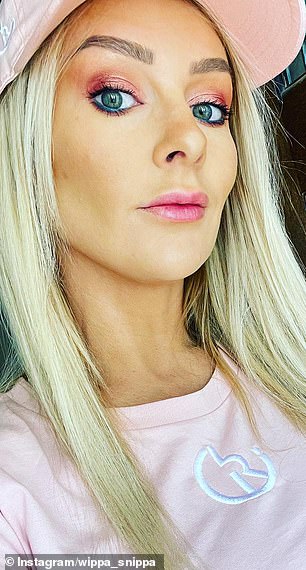 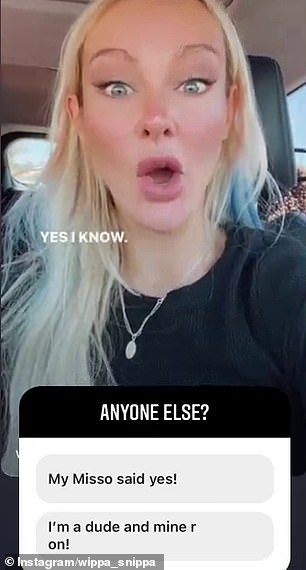 ‘Thank goodness someone else has, me too,’ one woman said.

‘I have and didn’t know why, but I got Pfizer so this fits,’ said another woman.

Men had experienced it too.

‘I’m the same. I am high beaming so much I’m drying my beach towels on them.’ added another.

Have you seen the same side effect with your nipples?

And others said that’s just the start of it.

‘Wait until you get boosted, everything gets a lift,’ one woman said.

Others couldn’t see the problem with the odd side effect.

‘I don’t think it is an issue, and it is kind of rude to point out I think. People need to learn to keep their comments to themselves,’ one man said.

While another said ‘Don’t stress the little things.’

Early on in the vaccination rollout people noticed the lymph nodes in their chest were swelling, causing their breasts to appear larger.

This was widely documented and nicknamed ‘the Pfizer boob-job’. 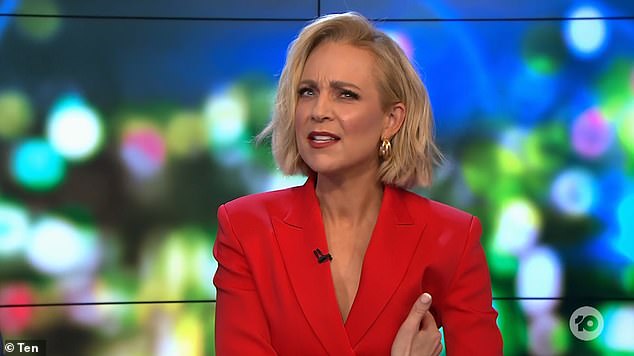 What are the medically recognised side effects of the Pfizer Covid jab?

Pain or swelling at the injection site

Redness at the injection site

Itching at the injection site

‘I got a free bob job after each of my jabs, only lasted a few weeks though,’ one woman said.

The video quickly went viral, stirring up a conversation about whether or not it is appropriate to comment on someone’s nipples in the first place.

More than 129k people have seen the clip with thousands leaving comments and liking the post.