Young Aussies have slammed a ‘delusional’ boomer homeowner who said in a viral interview that millennials should quit whinging about the recent interest hike and get thrifty if they dream of owning a home.

The Reserve Bank of Australia on Tuesday lifted the official cash rate for the first time in 11 years by 0.25 per cent to 0.35 per cent, causing concern among hopeful homeowners now forced to shell more for a mortgage.

But Perth retiree Ron de Gruchy, 85, this week boasted he had ‘adjusted’ to 17 per cent interest rates when he snapped up his first home, and called on the youth to toughen up.

‘The high interest rates were a real squeeze on finances but you just adjusted,’ he told the West Australian.

‘Back then, people didn’t complain – they just adjusted,’ he said.

‘Higher interest rates are not the end of the world but I think youngsters have got it pretty good.’

Daily Mail Australia checked in with young couples living in the suburb of Manly, on Sydney’s Northern Beaches – where the median house price is about $4.5million – to ask how they felt about the advice. 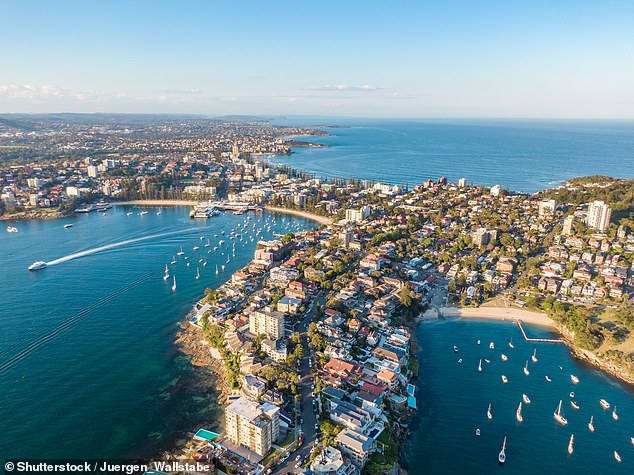 Daily Mail Australia asked young couples living in the suburb of Manly, on Sydney’s Northern Beaches (pictured) how they felt about the advice

Garrick and Evie admitted they had given up on their dream of having a backyard for their kids and had been forced to lower their expectations for the future.

‘It doesn’t matter if the beach is this close, that’s how I’ve justified it,’ Evie said.

‘We used to walk past all the fancy streets and go, ‘Oh my gosh, one day that’ll be us’. And now we see a nice apartment building and we’re like ‘One day’.

‘We’ve got to settle for some pot plants,’ Garrick agreed. ‘We froth over a nice one bedroom [apartment] which is a bit sad.’

Evie said her grandmother had traded in her car to pay the deposit on her home.

‘I can’t even afford a car for a start, let alone if I had one to trade in,’ she said.

Garrick said he had mistakenly thought his work colleague had paid $60,000 for his first home when he had actually only spent $16,000.

‘It was so many years ago, I was like wow imagine that,’ he said. 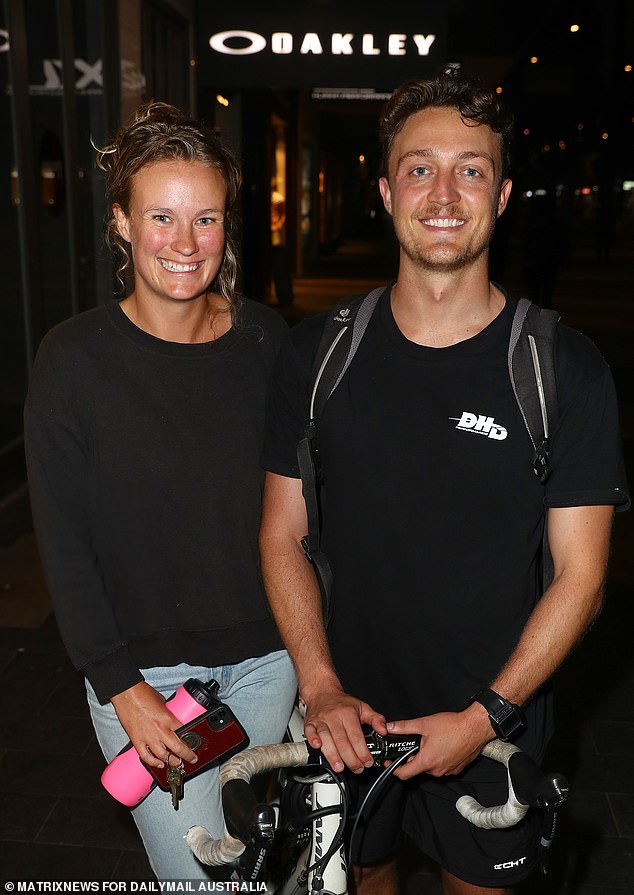 2022: Buyers across the country paid an average of $1,066,133 to secure a home over the past year, according to Domain’s House Price Report.

The couple said the rising cost of living had put pressure on attempts to budget.

‘Even in the last few months, I used to stick to my budget no problem, and maybe buy a nice dress or something at the end of the month,’ Evie said.

Claudia Lewis and her partner Adam Randall said renting in the area was hard enough and that young people needed help from the government to buy.

‘My parents bought a house in a small town called Mount Beauty for $100,000 and now houses there are going for half a million,’ Ms Lewis said.

‘So it’s been ridiculous in the last ten years how much everything’s gone up. It’s definitely going to be hard for me to buy a house one day because everything is so expensive, especially if I wanted to live in a city like Melbourne or Sydney.’

Mr Randall agreed that buying a house in Manly was more of a dream than a reality.

‘I think if there’s an incentive towards helping people with that reduced deposit cap, I think that’s a good idea, especially for people who are first time buyers,’ he said.

Ms Lewis said some of her friends had recently purchased homes and noticed the hardest part seemed to be scraping funds together for the deposit.

‘Especially because it’s depends on if you get the First Home Buyers Grant,’ she said. 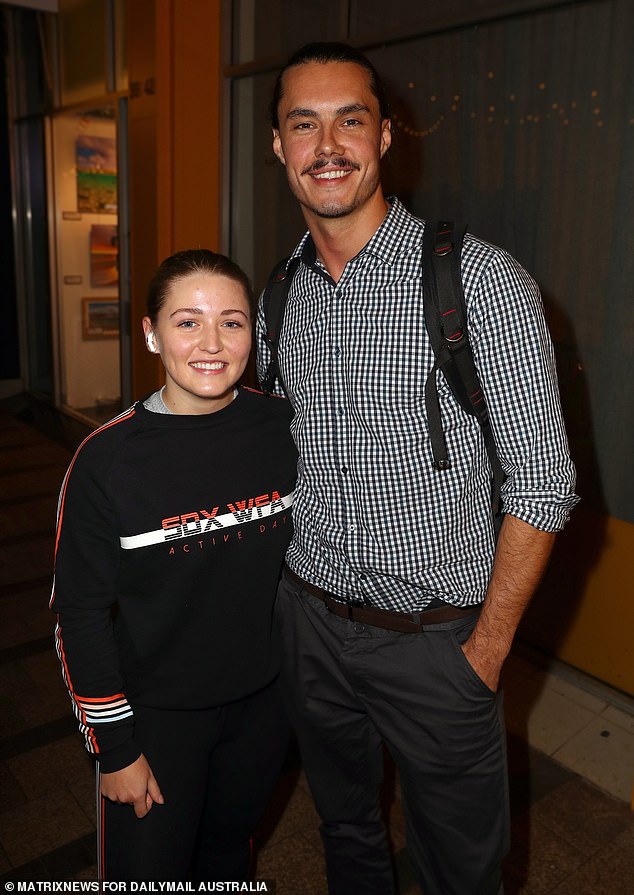 ‘I know that it’s a lot harder now. We’re going to have to save up a lot of money but even renting is so expensive’ – Renter Abby James

Abby James is a renter in the nearby suburb of Freshwater and says she will probably rent for most of her twenties before splitting the cost of a property with a partner.

‘I hope I do,’ she replied when asked if she thinks she will ever own a home.

‘I know that it’s a lot harder now. We’re going to have to save up a lot of money but even renting is so expensive.’

In response to the ‘boomer’ homeowners’ advice to do away with ‘luxuries’ like eating out and holidays she said young people still had to have fun.

‘You have to live your life and experience things,’ Ms James said. 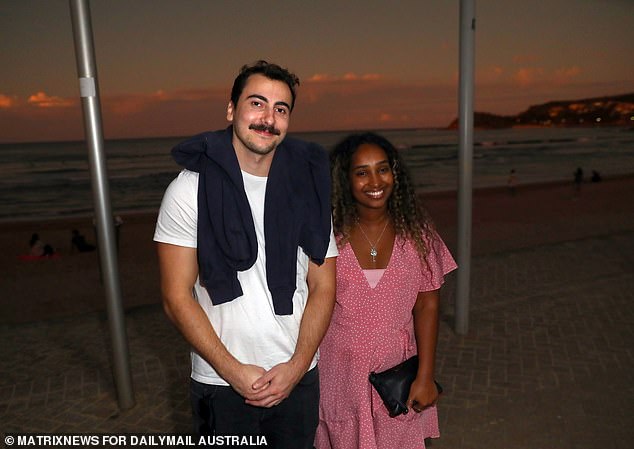 I don’t know what’s changed, but it’s impossible. Just one beer’s a minimum of $10. If you really want to party, it’s impossible – Renter Victoria Sandham

Victoria Sandham and friend Martina Palacios have rented in Manly since 2019 and have seen first-hand how prices have soared in just two years.

‘The cost of living has raised since I’ve lived here,’ Ms Sandham said, who owns a car and rents a room in the beachside suburb.

‘Every time I go out, I have to spend at least $50 on mostly alcohol. But petrol for me was the biggest change. Now I think twice about using my car.

Ms Sandham said she thinks about her finances ‘every day of my life’.

She uses an excel spreadsheet to track her spending and puts aside money for partying or enjoying drinks with friends on the weekend. 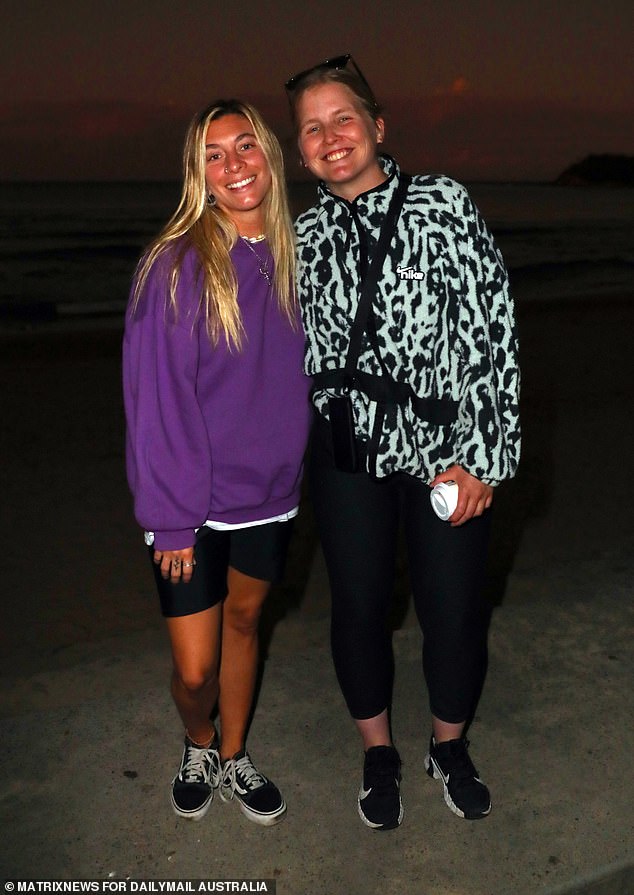 Sydney or Melbourne? Nah. You’ve got to move rural, and who wants to move rural? – Brian Armbruster a cellar-man who rents in Manly Vale

Brian Armbruster, a cellar-man who rents in Manly Vale, said he had ‘no chance’ of buying a home in this economy.

‘Unless you get a top paid job, which there is only so many of,’ he said.

He said boomers who said young people needed to be more frugal if they were serious about buying a home were ‘delusional’.

‘If they don’t see that times have changed they are delusional. They were able to buy houses for a quarter of their worth these days,’ he said.

‘Interest rates are going up again as well. You can’t even get the money, you can’t even pay back the bank in your lifetime for a house.’

Mr Armbruster said he had recently been thinking of moving to Queensland.

‘I love this place. Ideally, I’d stay here, but you have to move,’ he said. 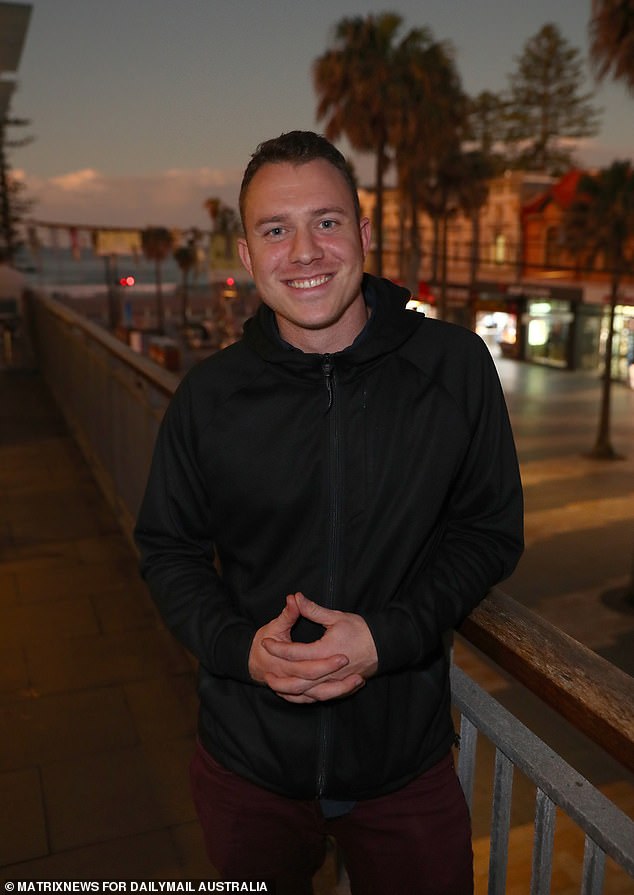 Brian Armbruster, a cellar-man who rents in Manly Vale, (pictured) said he had ‘no chance’ of buying a home in this economy

Libby Bullen, 24, and her partner Josh Noor, 26, had always wanted to purchase a property together and recently bought an apartment in Seaforth.

Ms Bullen, a teacher, said she had learnt how to budget from her parents.

‘They had average jobs and just saved hardcore,’ she said. ‘For four years my mum’s budget was so strict they couldn’t even afford paper towel.’

However, the couple’s hard work paid off when they bought a house in Mona Vale.

‘So I feel like I’ve had that mentality of, I’m just gonna claim it and work really hard,’ the school teacher said.

‘The interest rates, even though it is really disheartening, and also, the older generations have no idea like what it’s like for us, I don’t know, I feel like it can happen with hard work, the right decisions and guidance.’

Her partner Josh, a real estate agent, said he welcomed the rise in interest rates and said it was a ‘positive thing’ for people in generation looking to buy. 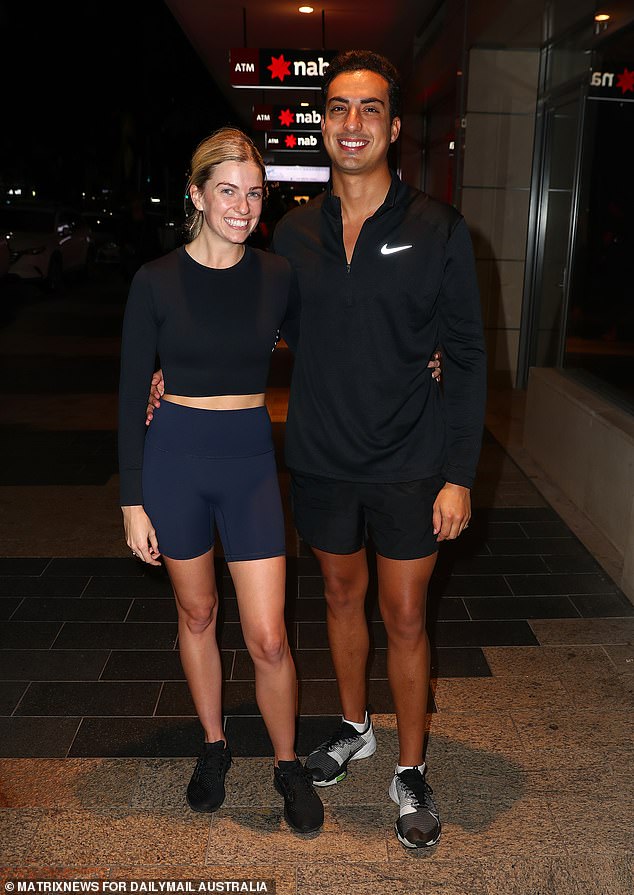 Libby Bullen, 24, (left) and her partner Josh Noor, 26, (right) had always wanted to purchase a property together and recently bought an apartment in Seaforth

‘I think it’s a good thing because the growth that was happening was getting unsustainable,’ he explained.

‘Money was so cheap previously, so everyone was just lending and over leveraging, so we needed interest rates to go up a little bit so the market softened, so the growth isn’t as intense.’

The real estate agent said that even though the rise would make borrowing money more expensive, it would benefit homeowners long-term.

A one-bedroom unit in the beachside suburb will cost renters $595 per week while a two-bedroom would cost about $850 a week.

Based on five years of sales, Manly has seen a compound growth rate of 9.3 per cent for houses and 6.8 per cent for units, according to data from realestate.com.au.