Young Australian cricketers have been accused of casual racism after mocking Indian fans on social media.

Ahead of the Australian under-19 team’s game against India at the World Cup in Potchefstroom, South Africa on Wednesday, one of the team’s players, 17-year-old Jake Fraser-McGurk, shared a post to Instagram with the caption ‘quarterfinals here we come’. 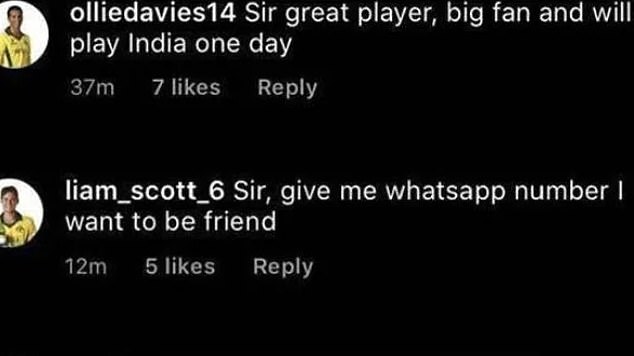 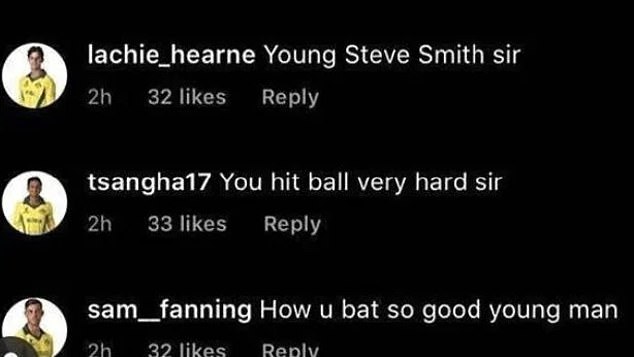 ‘Sir, give me whatsapp number I want to be friend,’ Scott wrote.

The players have since been trolled online by angry Indian fans upset at being mocked.

Comments have since been deleted and deactivated on the original post.

The players were targeted with a barrage of comments from Indian cricket fans, forcing Cricket Australia to order the players to change their Instagram privacy settings.

Fanning bumped shoulders with Singh when he was batting after the opponent’s attempts to remove him for obstructing the field.

Meanwhile, Fraser-McGurk had to leave South Africa early after being attacked by a monkey.

He was scratched on the face while on a team outing to a nature reserve near Kimberley on Thursday. 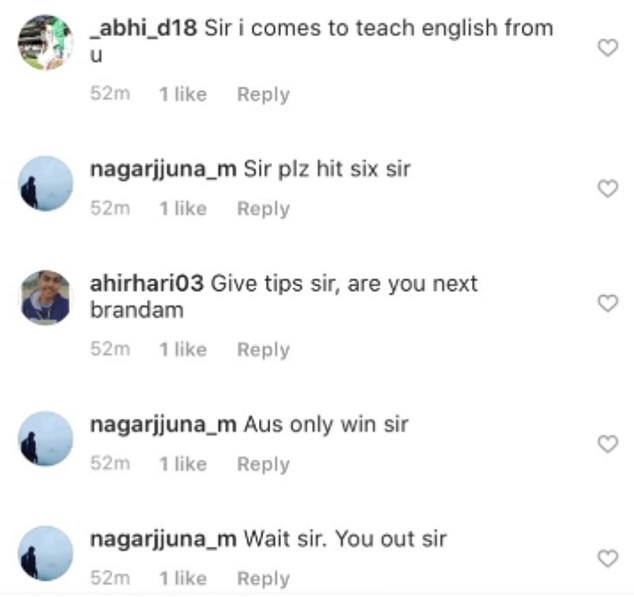 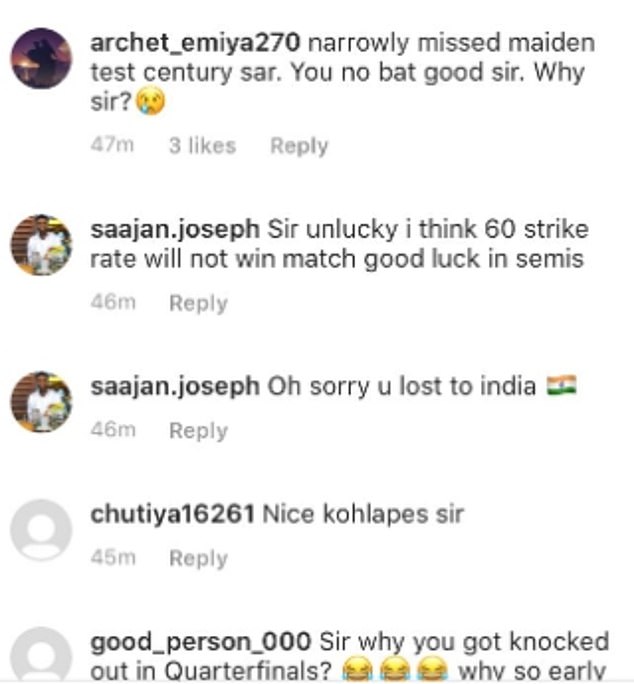 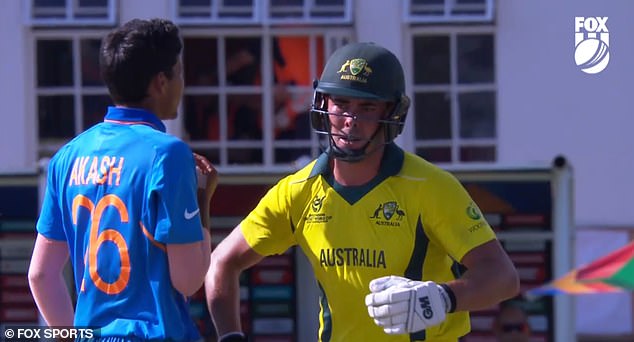 Fraser-McGurk said he was disappointed to leave while the tournament was ongoing but admitted it was his own fault.

‘I guess it serves me right for getting too close to the animal enclosure,’ he said.

‘That’s a lesson learnt. I look forward to completing the treatment and getting back on the field as soon as possible.’