Young model, 17, who filmed herself driving to McDonald’s in a Mercedes to buy 50 Big Macs to ‘feed the homeless’ hits back after being blasted by fans for the kind act

A young model has hit back after copping fierce online backlash for filming herself driving to McDonald’s in her Mercedes to buy 50 Big Macs for a homeless shelter.

Australian TikTok influencer Sophia Begg, 17, shared a video of her racking up a $322.50 bill as she picked up the burgers to deliver to the homeless charity Will2live on Saturday.

She said she was ‘killing two birds with one stone’ by buying the burgers on McHappy Day – the fast food chain’s annual fundraiser where $2 from every Big Mac sold is donated to sick children and their families.

Commenters though accused her of using charity work to gain followers and questioned why she couldn’t have just donated the money to charity.

‘In all honesty you should have just donated the money directly to Ronald McDonald House (McDonald’s partner charity),’ one person wrote.

‘Not sure what giving out burgers to the homeless would achieve.’

‘Why would you document this and take a video of the price?’ another asked.

‘Doing it for clout.’ 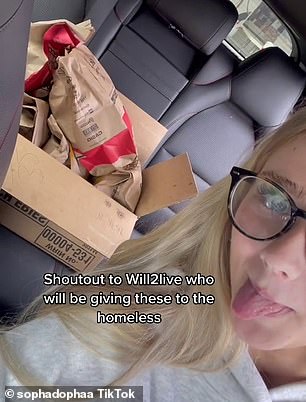 The model fired back in a TikTok video on Sunday, saying she was only sharing her charity work on the social media platform to raise awareness about Will2live and McHappy Day.

‘Sure I could have donated directly but the whole point in my head was to use my platform to make people aware of McHappy Day.

‘I thought it would be a waste of my platform not to share something like this that is so close to my heart.’

The influencer said she was ‘sick’ of the hate messages her hate video had received.

‘It’s ridiculous… I just feel like I’ve been receiving so much hate,’ she said.

Ms Begg also hit out at one commenter who questioned why she had driven to a McDonald’s almost an hour and a half away.

‘Anyone else questioning why her Maccas is an hour and 20 minutes away,’ the commenter wrote. ‘I swear I would have passed 20 in that time.’ 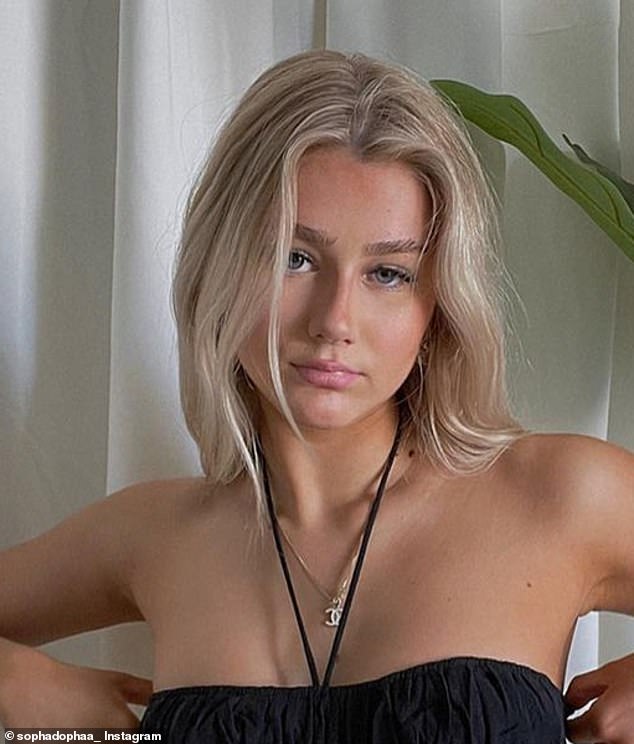 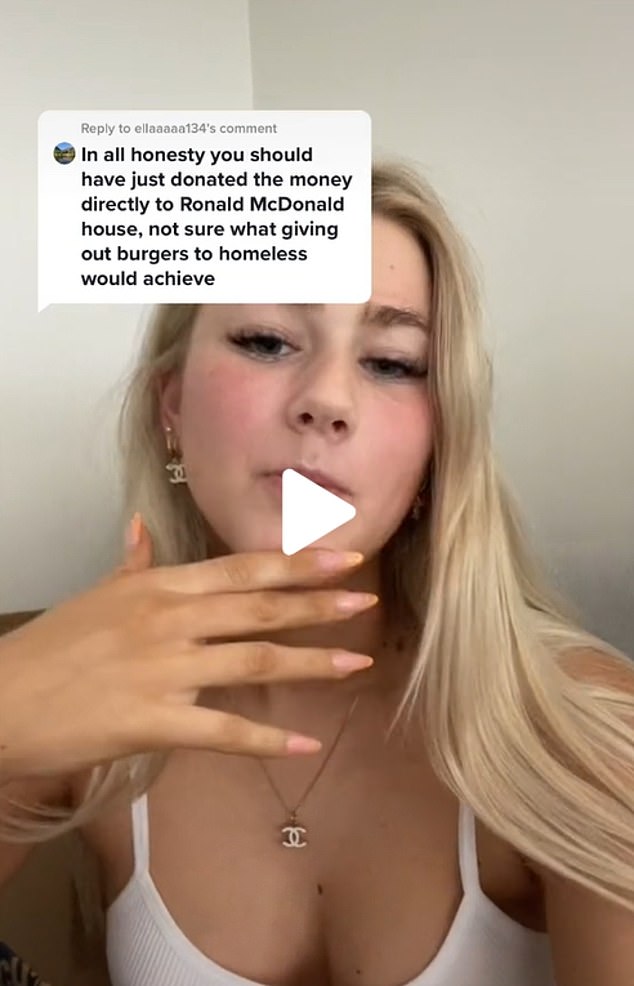 The model fired back at her critics in a TikTok video on Sunday, saying she only shared her charity work to raise awareness about homelessness and McHappy Day

The influencer said she only went to a McDonald’s that far away because it was the closest branch to the homeless shelter.

‘The charity we gave them to lived that far away,’ she said.

‘We went to a Maccas closest to them so they [the burgers] weren’t cold.’

Many of her 360,000 TikTok followers rallied behind her, telling her she should feel proud of her herself for giving to charity.

‘People are miserable, you did a wonderful thing and should feel proud,’ one person wrote.

‘She literally killed two birds with one stone by donating and giving back to the homeless – what is the issue?’ another said.

Ms Begg, who is signed to ZOOZ Group management, rose to fame with her quirky TikTok videos but has done a collaboration with fashion retailer Beginning Boutique.

Many of her 360,000 TikTok followers rallied behind her, telling her she should feel proud of her herself for giving to charity