By Charlie Coe and Claudia Poposki For Daily Mail Australia

Ms Taylor filmed herself standing in front of the television dramatically repeating Mr Morrison’s remarks – a video which has been viewed more than 1.5million times.

The Australian leader told Mr Probyn he ‘did not run the press conference’ after he asked two questions, before telling him to ‘keep it civil’ as he moved on to another reporter.

‘Naturally when I think of an authority figure I picture them being extremely put together so to see someone absolutely lose the plot over someone asking two questions… I was floored.’

Ms Taylor was in her fifth day of social distancing when the press conference aired and ‘any sense of sanity left the building’.

She filmed the first video mouthing the words but then was unable to get the thought of Mr Morrison admonishing the reporter out of her head so she filmed another, which went viral.

‘I posted it and put my phone away and didn’t think too much about it. The whole process took literally one minute because I knew all the words,’ the now-TikTok star said. 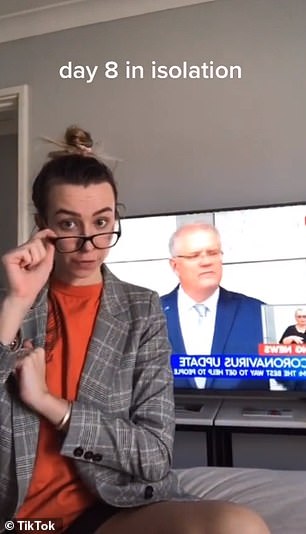 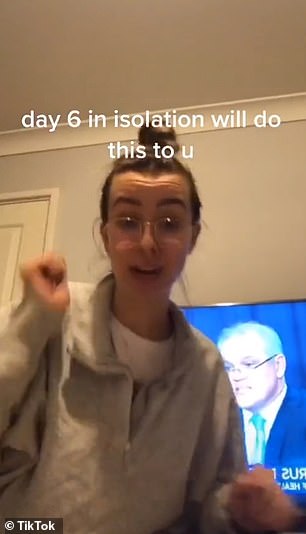 The video quickly inspired a trend where people mimicked the prime minister and a series of spin-off videos where people did interpretive dances to Mr Morrison’s comments.

Ms Taylor herself has amassed millions more views on TikTok impersonating the prime minister’s other COVID-19 comments and exchanges.

SCOTT MORRISON GETS FED UP WITH ANDREW PROBYN’s CORONAVIRUS QUESTIONS

‘I know, but you don’t run the press conference, OK?

‘So I’m going to go to other questions of members of the … of the group.

‘Katharine hasn’t had a question.

‘I’m happy to return to you but let’s just keep it civil. Katharine?’

More recently, she impersonated his failed attempts to pronounce the word ‘barre’ as he explained the fitness classes would have to close as part of the government’s social distancing measures.

The 21-year-old even turned her hand to mimicking Western Australian premier Mark McGowan when he struggled to contain himself at being told someone in New South Wales had been fined under social distancing measures for eating a kebab.

Ms Taylor has only used the app since December under the handle @sooklyn and previously averaged 3,000 views per video.

Her follower count grew by more than 50,000 in a week – something she described as ‘a lot to handle’.

‘I have always replied to all comments on my post but i do find it quite difficult to do that now because there are so many more,’ she said.

‘It [the new-found fame] has provided me with a small window into the life of an influencer and how inundated they must feel.’ 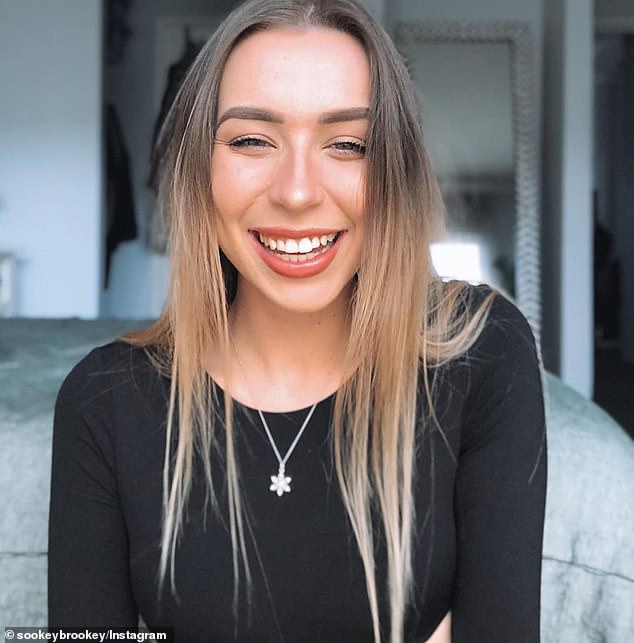 Ms Taylor said she never expected the video to blow up and only uploaded it to make her colleagues laugh during a stressful time.

‘The response I got was incredible. I feel as though politics is such a taboo discussion and it’s not often something that we can laugh about,’ she said.

‘Knowing I had made one person laugh was all I wanted but to see millions of views was wild.

‘I have always wanted to make people laugh ever since I was young; I am that annoying person in meetings that is constantly joking or trying to find a way to change things up.’ 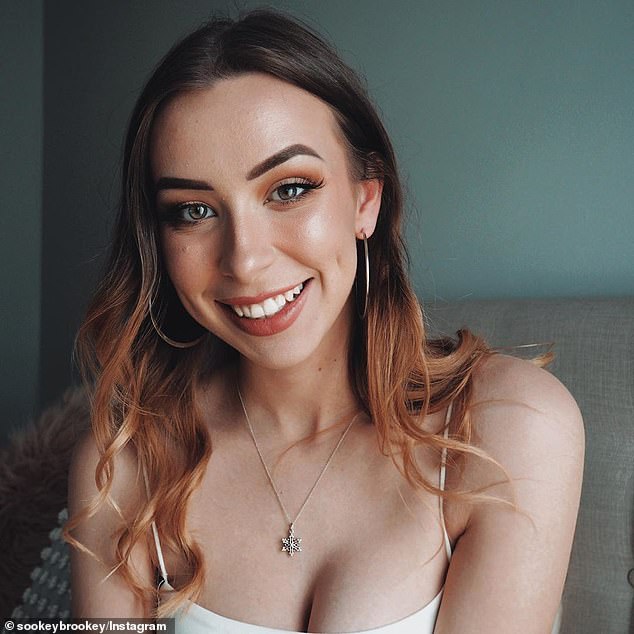 Ms Taylor has made the videos while working from home. She said she is taking directions from the government seriously and only ventures out of her home to grocery shop

Above all, she said she hoped her TikTok account could give people a reprieve from the tough times Australians and people around the world are facing during the coronavirus pandemic.

‘I am posting content people will feel positive about after they finish watching,’ she said.

‘I want my account to be a safe funny place away from the doom that is the year 2020.’

Ms Taylor said she is taking directions from the government seriously and has been working from home in her job as an administrator for three weeks.

She only ventures out of her home once to go grocery shopping, in line with government rules.