Tragedy as family of 12-year-old boy who tumbled off a ROOF are forced to turn off his life support – as they hail him a hero and revealing how the horror unfolded: ‘We ran out of time’

A young boy has tragically died after falling from the roof of a residential construction site.

Joshua Field, 12, was playing with his young brother, a cousin and a close friend at the site in Maddington, Western Australia on Monday night.

It’s believed the boy jumped from the timber roof of an unfinished home and fell at around 8pm, with a metal pole striking his head after the fall.

However, his family chose to turn off his life support on Tuesday.

Joshua Field (pictured) has tragically died after he fell from the roof of a residential construction site in Maddington, Western Australia

Joshua’s sister, Charnte Turner, has put up a GoFundMe page to raise money for her brother’s funeral.

She wrote in the description of the page that her family had lost a ‘beautiful soul’.

‘My 12 year old brother Joshy was injured after playing on a construction site,’ she said.

‘Shortly after getting rushed to hospital and fighting for his life, he sadly didn’t make it.’

Charnte described her brother as a ‘hero’ for donating his organs.

She said the money raised through the GoFundMe page would go towards ‘the cost of the funeral, wake,and all the other expenses’.

‘Myself and my whole family will forever be grateful and appreciative of all the help and support from everyone,’ Charnte added. 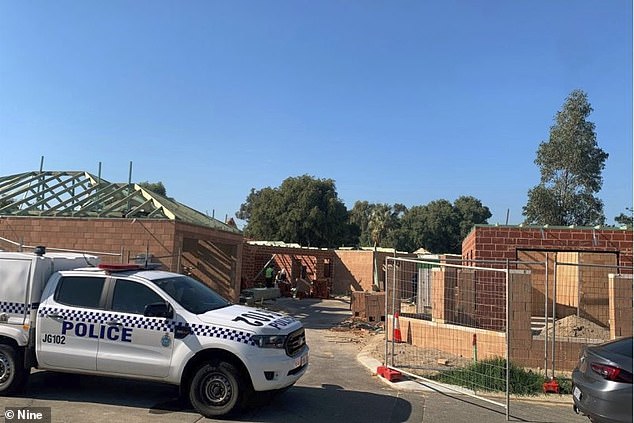 It’s believed the 12-year-old boy jumped from the timber roof of an unfinished home and fell at around 8pm, with a metal pole striking his head after the fall. (Pictured: Police at the construction site) 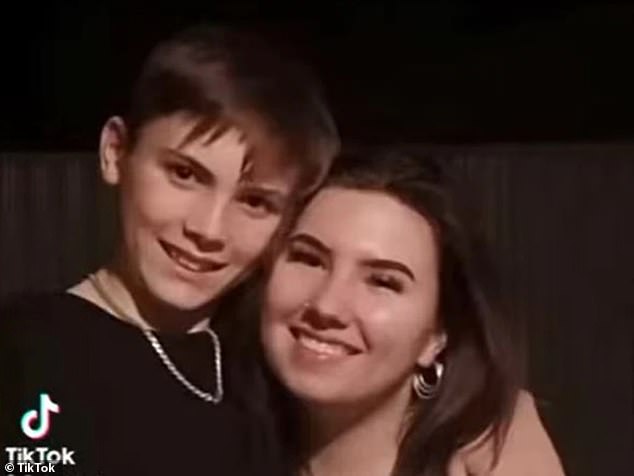 Joshua was rushed to Perth’s Children Hospital with critical head injuries. However, his family eventually chose to turn off his life support. (Pictured with his sister Charnte in her TikTok video)

Charnte also posted a touching TikTok video online which featured a montage of images with her and her brother.

Several TikTok users offered their condolences to Charnte in the comments section of the tribute.

‘I’m so sorry for you loss, hope you’re doing okay,’ wrote one.

‘Rip you will never be forgotten,’ said another.

A third added: ‘Josh you were my best friend, my one and only hat buddy. I still can’t believe you are gone when my mum told me my heart was ripped out of me.’ 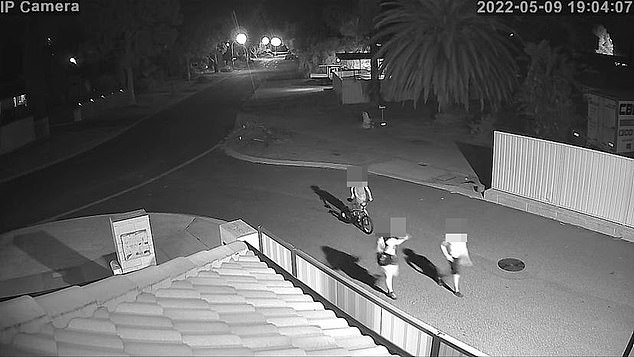 CCTV vision recorded near the construction site on the night of Joshua’s fall shows two children walking down the road soon after the incident.

A boy is seen riding his bike in the distance towards the site to meet the pair.

They ask the boy for a phone while appearing visibly distressed.

Police and Worksafe are investigating the incident.

Police are not treating the fall as suspicious.