Young Brit Francesca Jones – who is missing two fingers and three toes because of a rare condition – storms into the main draw of the Australian Open, defying the doctors who told her to FORGET a tennis career

Francesca Jones rose to the latest challenge facing her in fine style on Wednesday morning when she blasted her way into the Australian Open main draw.

The 20 year-old from Bradford, who was born with the rare condition Ectrodactyly Ectodermal Dysplasia Syndrome, won her third and final qualifying match to put herself on the plane to Melbourne.

Barcelona-based Jones thrashed the more experienced and higher ranked Chinese Jia Jing Lu 6-0 6-1 in Dubai, where the preliminary event is being held to limit the number of players entering Australia. 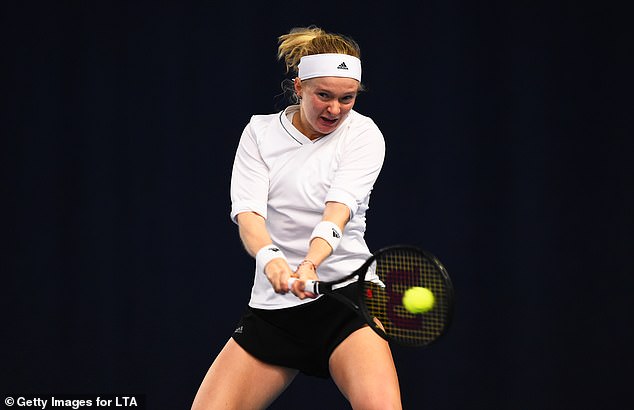 Jones (above in December) was born with three fingers on each hand, and is missing three toes

‘I’m just super happy to qualify and really look forward to getting out to Australia,’ she said in an interview after the win. ‘I have never been before and I’m sure it’s going to be an amazing experience.’

Qualification for the tournament guarantees her a minimum £55,000 in first round prize money and she could meet the likes of Serena Williams or Serena Halep in what will be her first Grand Slam singles main draw appearance.

Jones has had to battle hard to reach a ranking that will now be on the cusp of the world’s top 200.

She has thumbs but only three fingers on each hand, and is also missing three toes due to the rare condition she was born with. Aged eight she was told by specialists that there was no point her pursuing a tennis career. 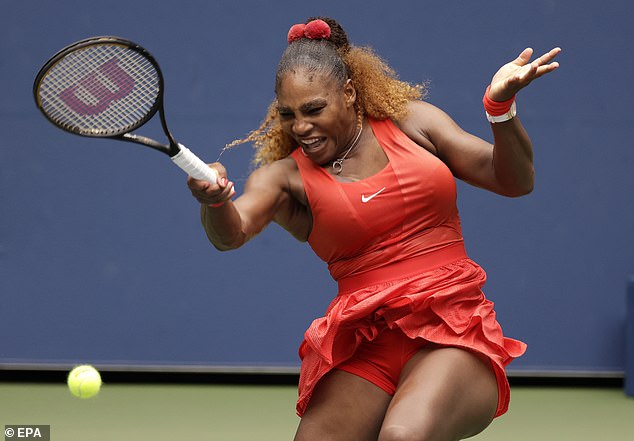 She is now in the main draw of Australian Open, where she could face likes of Serena Williams 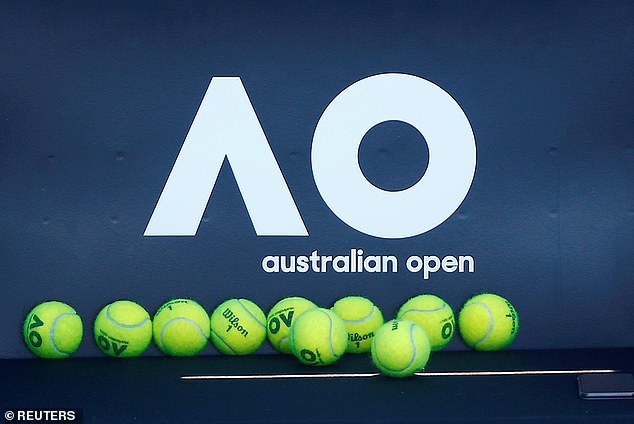 Jones is now guaranteed at least £55,000 after booking her spot on the plane to Melbourne

Nothing has stopped her learning to give the ball an almighty thump, and she put in her best performance of the week. Going 4-0 up in the second set before dropping her solitary game, she dealt brutally with Lu’s serve in imposing herself on the match. At the end she shouted ‘Vamos!’ to her Spanish coach Andrew Guilera.

Speaking ahead of her final match in Dubai, Jones likened the situation to appearing on a reality TV show.

‘It’s kind of cool. Like in the X Factor, you move onto the next stage, that’s how it feels,’ she said. ‘Simon Cowell tells you that you are through and you are on a flight to the live show.

‘That’s how I see it at the moment and it would be great to go to Australia, but my feet are very much on the ground. I am playing a good player and that’s all I am focused on.’ 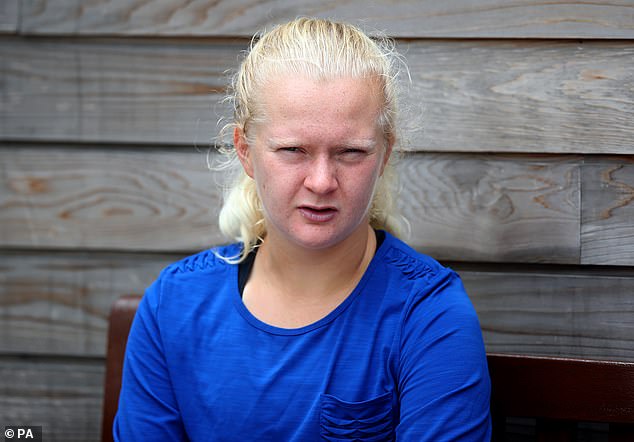 She did indeed stay focused to book her place in Melbourne, which will go down as the best moment in her fledgling career so far. It has been quite a journey for the 20-year-old Brit.

‘I’ve had experiences that many haven’t at my age, and I think that’s moulded me into the person I am today,’ she said.

‘It will have had an impact on my mental strength and my mentality and mindset as a whole, but I am sure everyone goes through hardship and deals with adversity in their own way. Everyone’s story makes a person who they are.’ 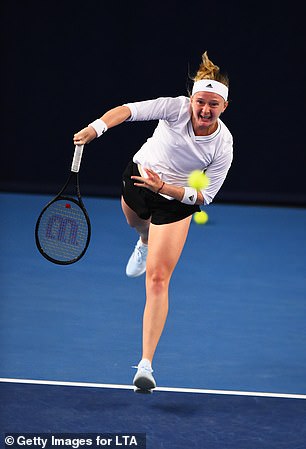 Proving the specialist wrong has proved a powerful driving force through her development, which has seen her play in the Wimbledon juniors and win five professional events on the lowest rungs of the pro tour.

‘His comments played a massive part in my life decisions and career commitments to date. I’ve always wanted to make my parents proud more than anything.’

Jones is a feisty baseliner with a solid all round game who continually urges herself on. With an unusually small right hand she has needed wrist surgery already and sometimes suffers problems with her fingernails, through having to hold the racket extra tight.

‘I know that I have the mental strength and I try to use it to the best of my advantage but there is a lot that needs to come together,’ she added.

The GB contingent in the singles main draw, which has been depleted by the withdrawal of Kyle Edmund, will now be back up to seven.

Overnight Cam Norrie lost in the semi-final of the ATP event in Delray Beach Florida, losing 6-3 7-5 to Seb Korda of the US.