Tragedy as boy, 3, dies in huge backyard fire sparked by an exploding BBQ when his dad briefly went inside to get meat for the grill – leaving his family distraught

A young child has died in a fire that tore through a suburban backyard after an explosion while he was cooking dinner with his dad.

Roland Sakhawang, three, was killed in the blaze that broke out at the house on Belle Vue Avenue in Ringwood, Melbourne, about 6pm on Saturday.

Firefighters were called to the horror scene which had engulfed a shed and only found the toddler’s body once they had extinguished the fire.

The family is part of Melbourne’s Burmese community with many relatives, friends, and church members visiting the house on Sunday.

Roland Sakhawang, three, was killed in the blaze that broke out at the house on Belle Vue Avenue in Ringwood, Melbourne , about 6pm on Saturday

Church leader Jimmy Zathang said the two were preparing a meal while other family members were at a church service in Croydon.

‘They lit the fire… The father went into the house to pick up the beef… he went to the toilet and saw a light flash through the glass,’ he told The Herald Sun.

Neighbours heard the bang and walked out into the street to see a plume of smoke rising from the backyard. 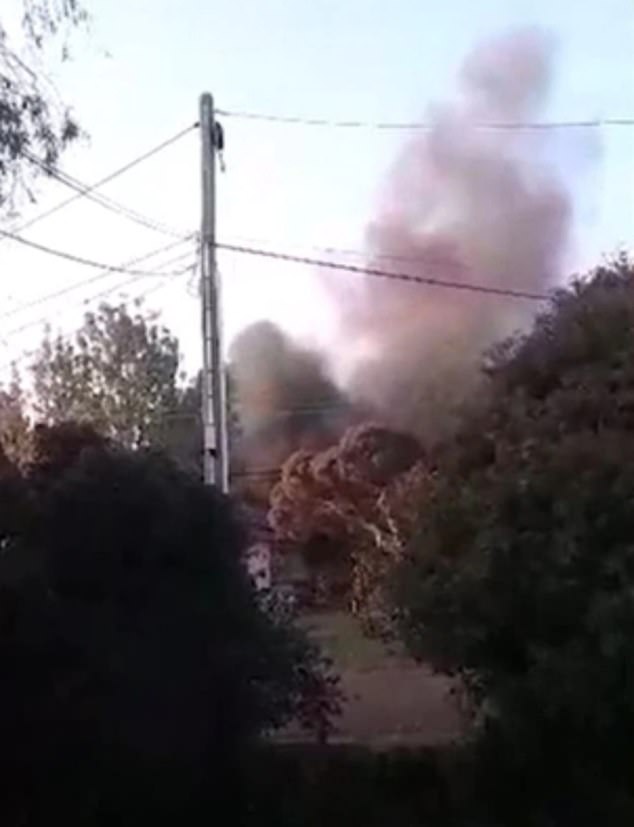 Smoke billowed from the Ringwood, Melbourne house after the explosion on Saturday evening (pictured)

‘Heaps of people tried to help. People walking their dogs and other neighbours ran in with hoses,’ one resident said.

Another local across the street said she later saw the wife and the boy’s siblings return home and then heard crying.

Victoria Police says the circumstances surrounding the fatal fire are yet to be determined and the investigation is ongoing.

Anyone who witnessed the incident or with information is urged to contact police.