A young father has said he feels lucky to be alive after being allegedly bashed by six African thugs.

Shannon, from Hampton Park, suffered a broken femur, a broken nose and six broken teeth when he was allegedly attacked in Dandenong in Melbourne’s south-east.

The 32-year-old was leaving a pub about 7.30pm on Thursday when the thugs, described by his father as being ‘of African appearance’, allegedly assaulted him.

‘I’m lucky to be alive, I’m lucky to come home to my little girl at the end of the day,’ Shannon, a single father-of-one, told Neil Mitchell in an emotional interview on 3AW.

‘It went for six or seven minutes … I know it went that long, the police told me it did.’ 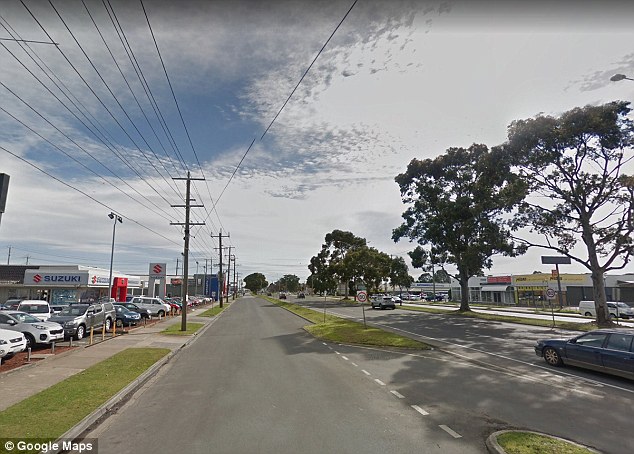 Shannon, from Hampton Park, suffered a broken femur, a broken nose and six broken teeth when he was allegedly attacked in Dandenong (pictured) in Melbourne’s south-east

‘They broke his femur to the point where it was surgically replaced, plates and screws, and he has not had a very good time of it.’

Shannon said he was still feeling ‘banged up’ from the alleged attack, and said he plans to avoid Dandenong from now on.

Police would like to speak with three men – one described as African and wearing a high visibility vest, and two described as Caucasian.

In the radio interview Shannon and his father said two men have been arrested and they plan to press charges, but police said no arrests have been made.