‘The doctors didn’t even think it was possible’: Young man’s shocking diagnosis after going to the doctor with stomach pains

A young man has been left stunned after doctors reveal his stomach pains were due to bowel cancer – a disease more common in older patients.

Lain Adam, 27, suffered painful cramping in his stomach every day for a year.

The young man from Perth thought the pains could be linked to an intolerance to gluten or lactose.

When Mr Adam dropped 20 kilograms in a matter of months, doctors finally ordered a colonoscopy before making a terrible discovery. 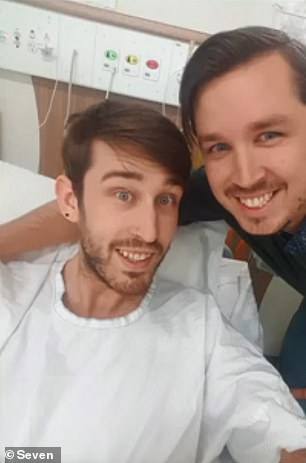 Lain Adam suffered stomach pains for about a year before he suddenly lost about 20kgs. When doctors finally ordered a colonoscopy it was revealed the 27-year-old had bowel cancer

The test revealed that the 27-year-old had developed cancer in his bowel.

‘Even though I had all the symptoms they didn’t think it was a possibility because I was so young,’ Mr Adam told 7News.

‘Even the doctor that diagnosed me said that they didn’t suspect it would be that because of my age.’

Bowel cancer has always been more common in people aged over 50 but according to a report by the Australian Institute of Health and Welfare, the number of people aged between 25 and 29 dying from bowel cancer is growing with processed foods being blamed for the increasing prevalence.

About 15,253 Australians are diagnosed with bowel cancer each year, about 2,186 of those are aged under 50.

Royal Perth Hospital Surgeon Dr Abraham Jacob said the amount of fast food people consume was the main cause in the increased number of younger people dying from bowel cancer.

He said early detection was key and urged people to get checked if they had a concern. 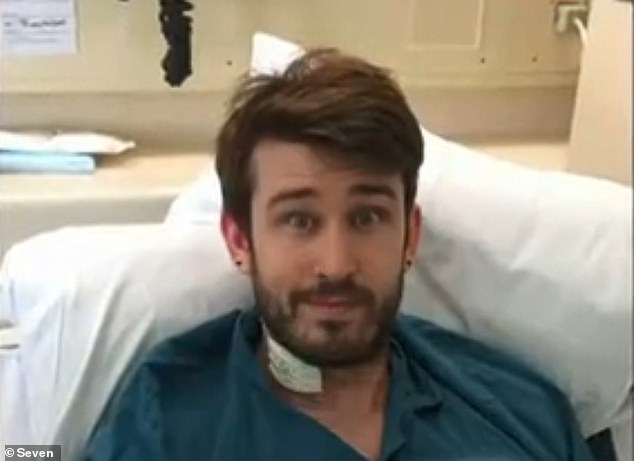 ‘Even the doctor that diagnosed me said that they didn’t suspect it would be that because of my age,’ the young man said