Young meth addicts are using drugs ‘because of climate change’

Young meth addicts are using drugs because of CLIMATE CHANGE, expert claims – as they believe they have no future on a doomed planet

Young drug addicts use meth because they believe they have no future on a planet doomed by climate change, a doctor has claimed.

Dr Alex Wodak said people are driven to addiction because they are are pessimistic about the future.

‘Unless and until young Australians feel optimistic about their future, demand for drugs will remain strong,’ Dr Wodak said on Wednesday at a Special Commission of Inquiry into the Drug Ice in Sydney.

Meanwhile, former NSW Police Commissioner Andrew Scipione also expressed his support for the depenalisation of ice use. Pictured: The drug

Dr Wodak, who is President of the Australian Drug Law Reform Foundation, said he wanted all criminal penalties for drug use to be scrapped.

He also said he wanted ‘as much of the drug market as possible’ to be regulated, reported the Daily Telegraph.

‘How can law enforcement succeed in reducing supply when drug traffickers area much better resourced and equipped than they are?’

Mr Scipione said there is a view among the state’s police that drug laws need to change.

He advocated a caution scheme similar to the approach on cannabis where users are not criminally prosecuted for the offence of possession for personal use.

Mr Scipione, who served as NSW’s top cop from 2007 until his 2017 retirement, said the time was ripe to consider policy change.

He also said the NSW government needed to significantly increase its investment in health and social services, particularly in regional areas. 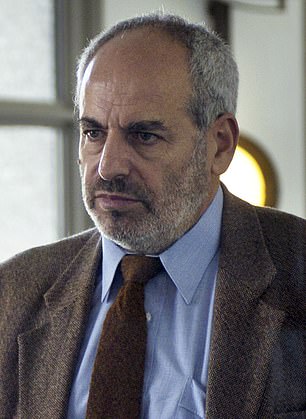 ‘There’s a view out there generally in police that we do need to look at change. Things have to change because necessarily what’s happening at the moment isn’t working,’ Mr Scipione told the inquiry.

‘I think the environment is right, the time is right, prevailing conditions are right, to look at how we might best go forward from this point.’

Mr Scipione said a person’s decision to consume drugs was ‘entirely their business’ but became a police problem when crimes were committed.

‘Until they decide to get on the road and drive, or decide to assault somebody or rob somebody or commit a crime that impact us – then it’s our business, then it’s your police force’s business,’ Mr Scipione said.

‘Not necessarily the use – we’re not medical workers – but we’re certainly in the business of bringing safety to community.’

NSW Greens MLP Cate Faehrmann said she was in favour of decriminalisation.

‘The criminalisation of people who use drugs has totally and utterly failed.

‘It hasn’t stopped people using drugs. It hasn’t saved lives. What it has done is clog the courts, give otherwise innocent people criminal records and push people away from seeking treatment,’ Ms Faehrmann said in a statement.