‘You f***ing dogs! I’m trying to be civil!’ Young mother, 22, who screamed at police from the back of a paddy wagon is charged with stabbing her partner and kicking officer

By Alex Chapman and Charlie Coe For Daily Mail Australia

A young mother has been charged over the alleged stabbing of her partner and assaulting a police officer only days before Christmas.

She was arrested early on Sunday morning from an address on Elphinstone Road in South Coogee at about 2.50am, when emergency services responded to calls of a 25-year-old man being stabbed in the shoulder.

During the emotional and foul-mouthed run-in, captured on camera, the woman allegedly kicked her arresting officer in the shin.

Following the vocal arrest, the woman was taken to Maroubra police station.

Hours later, she was charged with wounding a person intending to cause grievous bodily harm and assaulting an officer in execution of duty late on Sunday afternoon.

During the arrest, the young mother pleaded with police to let her out of the divvy van to see her baby.

‘My baby’s out there man – I’m not just a f*****g criminal,’ she could be heard pleading from inside the van. 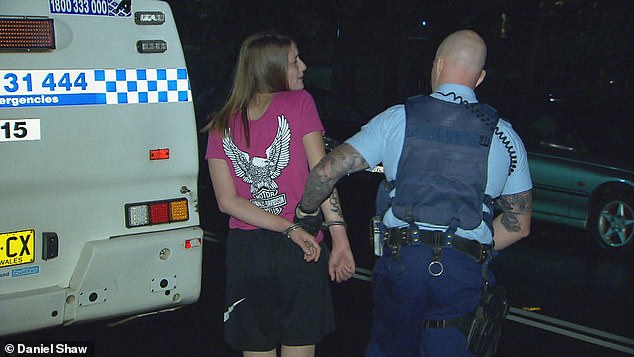 The young woman also told police: ‘I raise my f*****g children not to hate you and this is what you do to me.’ 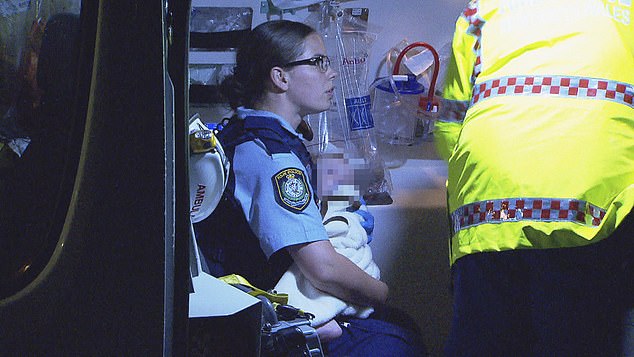 More footage taken at the scene showed a topless man being led into an ambulance by an officer.

A baby was also filmed being rocked gently by a police officer inside an emergency vehicle.

The 25-year-old man was taken to Prince of Wales Hospital where he remains in a stable condition.

The young woman will front Parramatta Local Court on Monday. 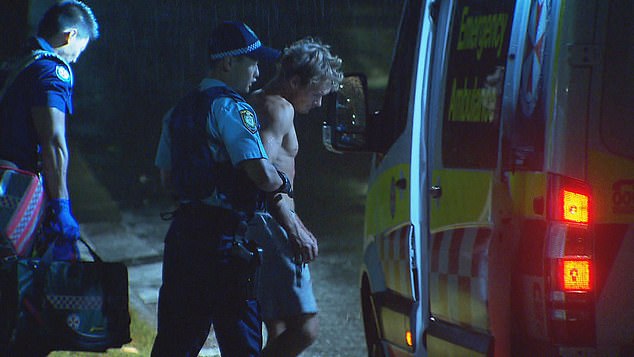