An red-faced young mother became stuck in a child’s swing and had to be freed by two firemen.

Megan Kenway-Head, 23, became trapped in the seat at a play park in Weston Shore in Southampton for over an hour until firefighters turned up to free her.

Hilarious footage has emerged of Megan stuck in the playground swing.

Her partner Jordan Sanders, 24, does little to help, instead deciding to capture the amusing episode on film.

He laughs and teases her for getting stuck as the fire services approach from the distance.

The full time mother of two, from Woolston, Southampton, said: ‘Me and my family were enjoying a day out on bank holiday weekend and I decided to take the kids to the park.

‘When we got there the children weren’t really interested in being there, so I decided to get them in the mood and climbed into a swing. They found it entertaining and sat in the ones next to me and we all started swinging.’

Megan admits it wasn’t the first time she’d been on a child’s swing.

She says: ‘When I went to get out I realised I was stuck. The kids started laughing.’ 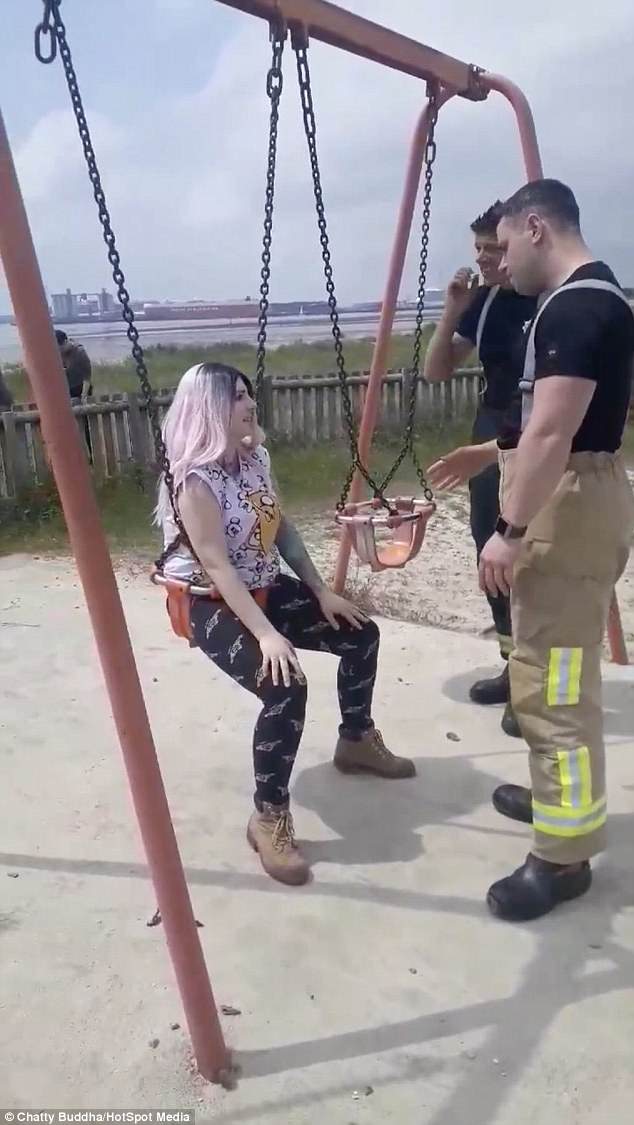 Partner Jordan, 24, who works in marketing, tried to lift Megan out, and even called on a stranger to help.

Megan says: ‘Two fully grown men tried to help me shuffle my body out but I didn’t budge. 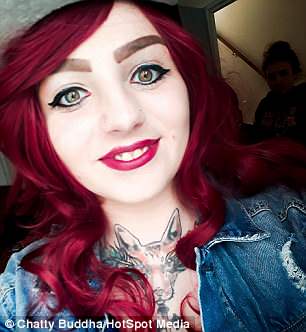 ‘They even turned me upside down but when that failed, we finally we decided it was probably a good idea to call for help.

Shortly after the fire service were called and officers from Hightown Fire Station arrived at the scene.

They placed a foot stall underneath Megan’s feet so she was able to hoist her body out of the swing.

She says: ‘When they turned up and saw me stuck they found it amusing.

‘While they were working out how to free me one of them joked about amputating one of me legs. I was mortified but glad to see the funny side of it.

‘Using the foot stall I was able to free my bottom from the seat. I’m really thankful to the fire service for rescuing me. 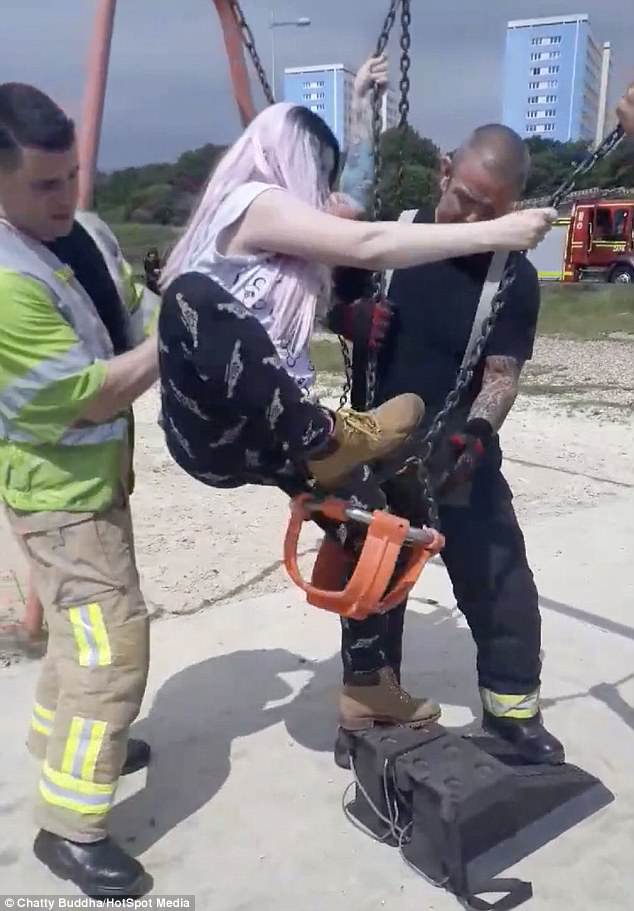 Free at last: Firemen helped Megan escape by placing her on top of two blocks then lifting her up and out of the swing

‘I have some bruising from it on my legs, but other than that I’m completely fine. I definitely won’t be going on a child’s swing any time soon!’

Hampshire Fire and Rescue Service said: ‘We were called to a 23 year -old female released from a child’s swing.’