Two young sisters became first time mum’s just hours apart in the same hospital when they went into labour on the same day.

The sisters, from Bootle, Merseyside, were originally scheduled to be induced 12 days apart.

So as planned, Lauren went in to Liverpool Women’s Hospital on March 23.

From left to right: The sister’s father Phillip Brennan, Lauren with Sofia, Lily with Jaiden and mother Karen Kennedy 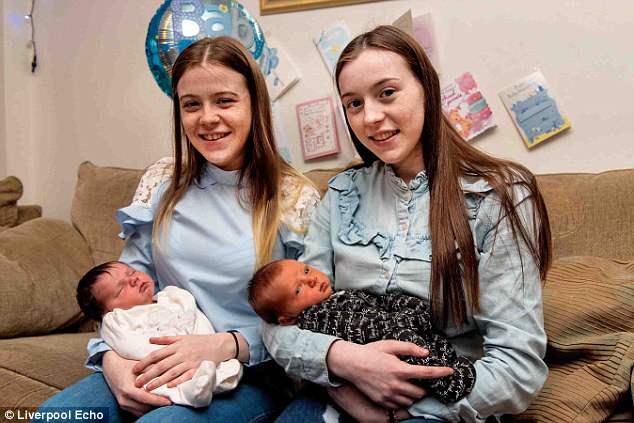 But Lily’s baby boy just couldn’t wait to meet his cousin and decided to come early, as she went into labour on the same day.

She gave birth in Liverpool Women’s Hospital at 12.19pm, just hours before her sister Lauren, who had her baby girl at 5.31pm.

Father and now grandfather Phillip Brennan, 47, said: ‘I am over the moon. I am made up, I really am.

‘I have been looking forward to being a grandad for what feels like ages. I am smiling like a big Cheshire cat.’

Mr Brennan said he was ‘supportive’ when his daughters told him they were pregnant, but said Lily did try and keep it a secret from him. 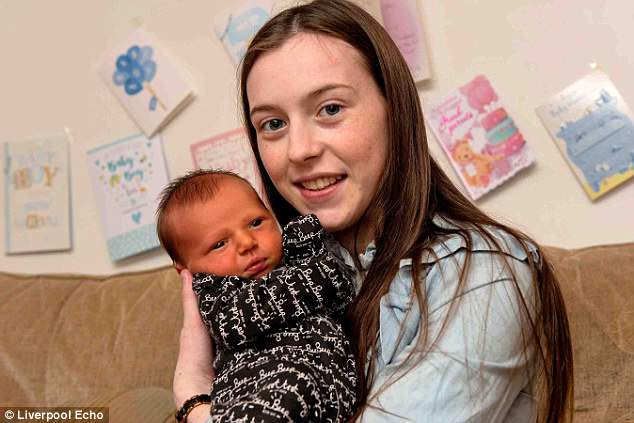 Lily proudly shows off baby Jaiden, who was born at 12.19pm and weighed 7lbs 5oz. 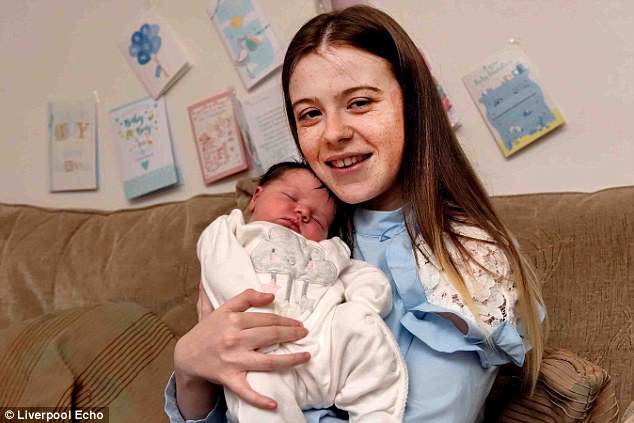 He told the Liverpool Echo: ‘Lauren was sat on the couch crying her eyes out when she told me and I just said ‘what are you crying for? These things happen’.

‘I was made up for her. And then a couple of months later I knew about our Lily, but she didn’t want to tell me.

‘You have got to support your children.’

Mr Brennan said on the day of the births, Lily had gone to the hospital with Lauren as she prepared to be induced.

She left to go home and meet her friends, but when she got home her waters broke. 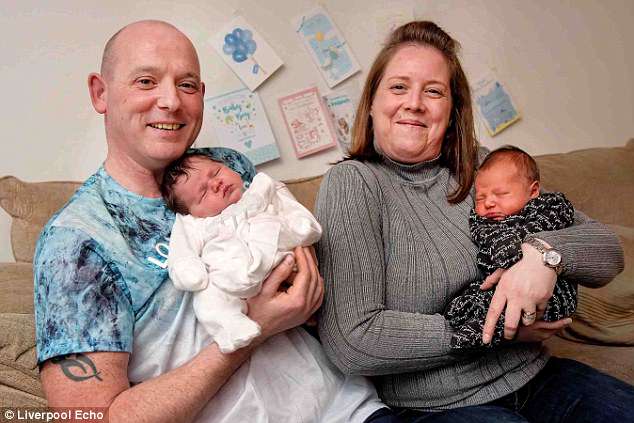 She was taken to hospital and mother Karen Kennedy, who was already at hospital with Lauren, then had to split her time between her two daughters.

‘I was really shocked when Lily went into labour. My mum and dad have both been a big help.’

Phillip, who said Lauren and Lily have been staying at the family home until they are settled, said: ‘I am waiting until I can finally have my bed back.

‘I have been on the couch, but it is fine – I am enjoying it all.

‘Lauren is moving back in to her own house today and I am going to move in with her for a little while to help.