A young boy has been critically injured while trying to light a fire, suffering horrific burns from the waist up and he is rushed to hospital.

The primary school-aged boy is understood to have been trying to start a fire with petrol when the flames exploded in the South Burnett region of Queensland on Thursday night.

The youngster suffered critical burns to 60 per cent of his body. 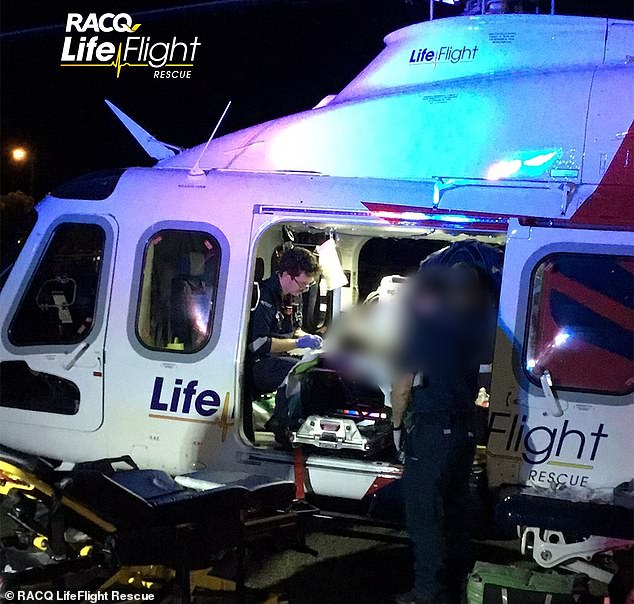 The child was said to be starting a fire using petrol, when the flames erupted and burnt his skin above his waist (pictured, LifeFlight Rescue Helicopter crew at the scene)

Paramedics treated the young boy at the scene before transporting him to a showground north east of Murgon.

The victim was then flown to Queensland Children’s Hospital in a helicopter, where he is said to be in a critical but stable condition.