On average, a white young-adult earned £9.82 per hour in 2019, according to the Office for National Statistics (ONS).

This is compared to £14.29-an-hour earned by Chinese employees, £12.10 earned by Arab workers and £11.25 taken home by Indian colleagues of a similar age.

While white British workers don’t earn more than all non-white groups – Pakistani employees earned £9.63 per hour on average for example – the pay gap between white and ethnic minority workers aged 16 to 29 years old was -5.5 per cent in 2019.

The ONS data found that overall there was a 2.3 per cent gap in earnings between white and ethnic minority employees in England and Wales in 2019 – marking the smallest paygap seen in seven years.

The average hourly income for white employees of all ages stands at £12.40.

The study also found that white Irish are the highest earning group, followed by Chinese and Indian – and that ethnic minority employees aged between 16 and 29 tend to earn more than their white counterparts. 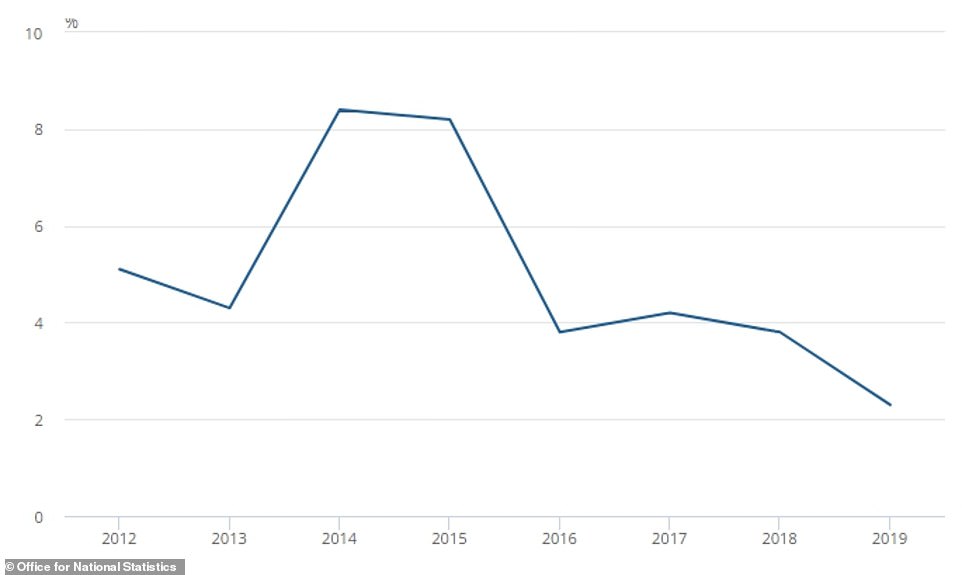 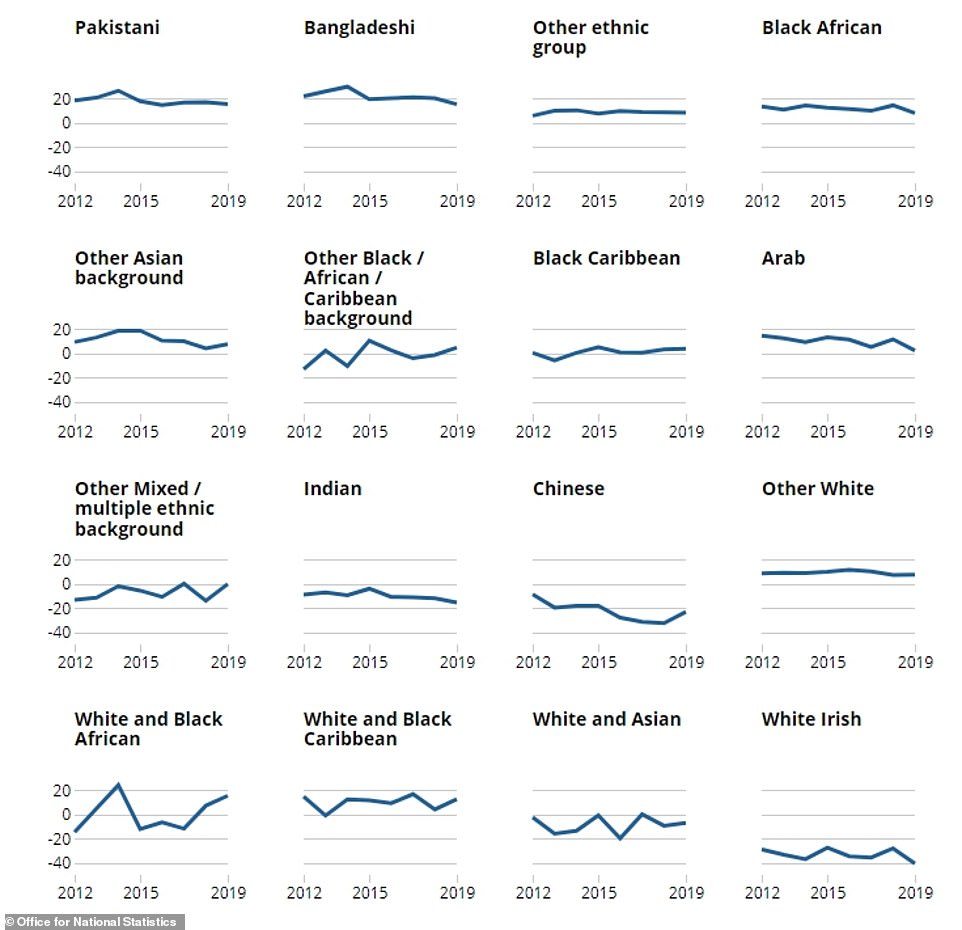 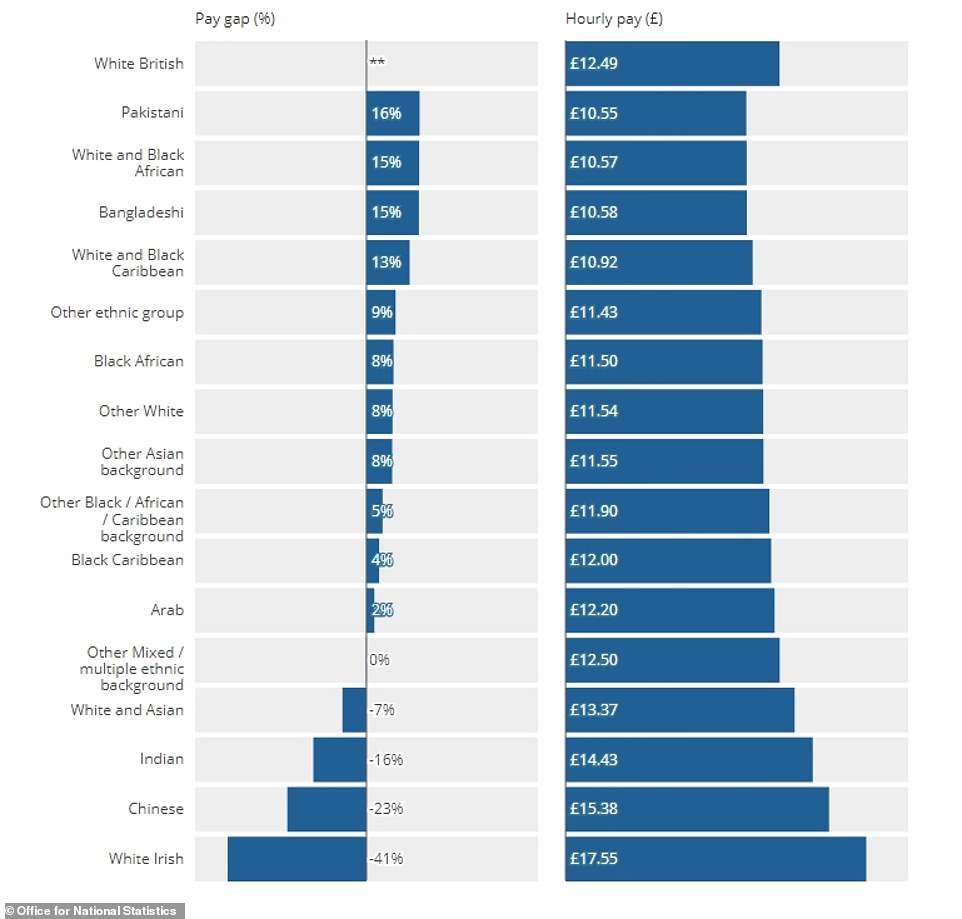 Most minority ethnic groups earned less on average than white British people in 2019, but Chinese and Indian earned more 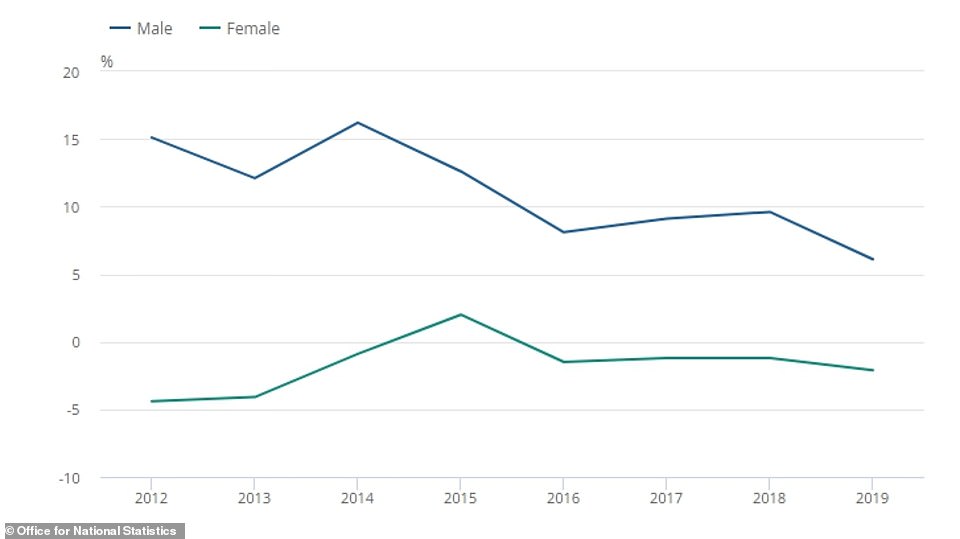 Between 2012 and 2019, Chinese, white Irish, white and Asian, and Indian ethnicities earned more on average than white British employees.

But most of the groups, including Bangladeshi, Pakistani and Arab, consistently earned less than white British employees over the same period.

Taking into account factors such as age, sex, marital status, children, qualifications, country of birth and location of employees narrows the gap for many ethnic groups, the ONS found.

It said: ‘Adjusting for pay determining characteristics influences the pay gaps observed, with a narrowing of pay gaps for most ethnicities.

‘This suggests that differences in the average characteristics of different ethnic groups was influencing the unadjusted pay gap, often overstating the difference.’

It found the gap is larger for men than women, although men earn more than women across most ethnic groups. 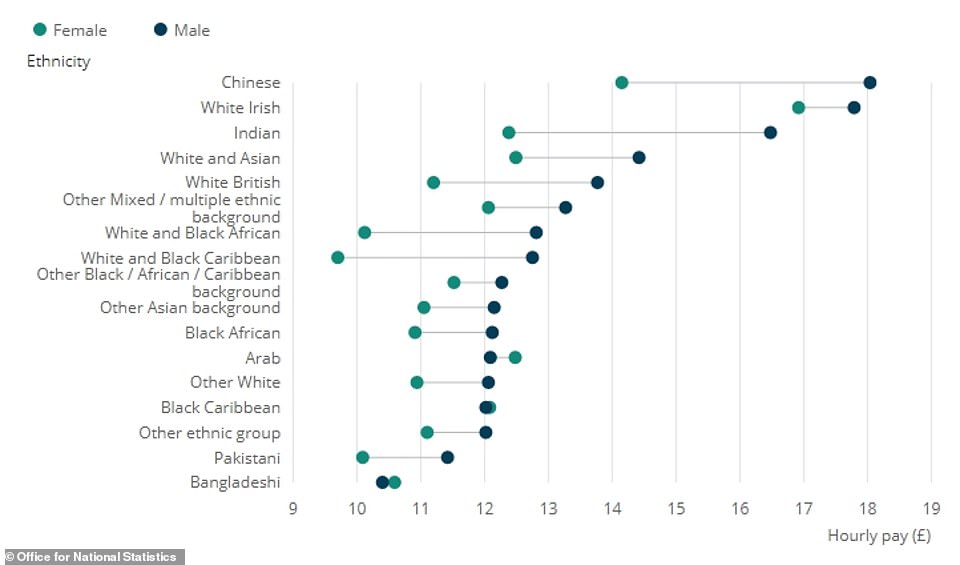 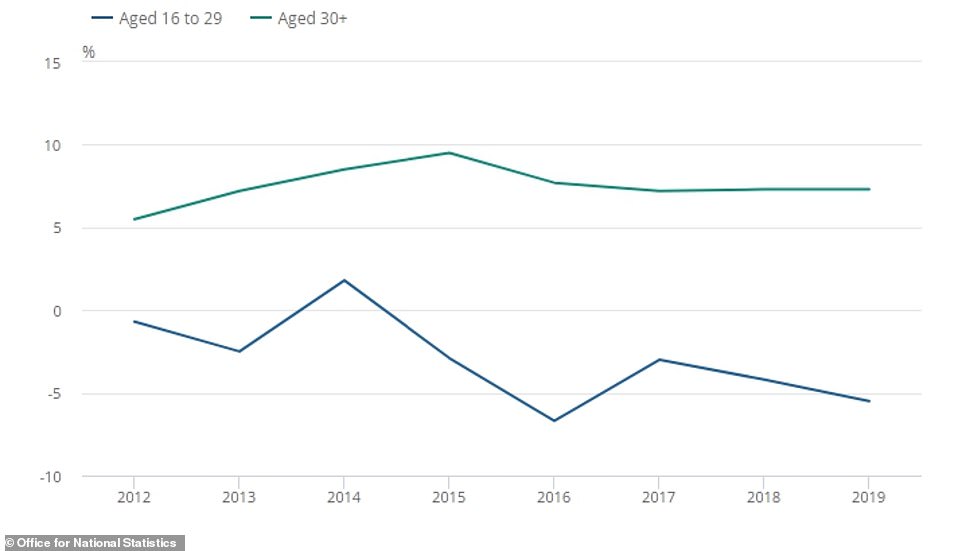 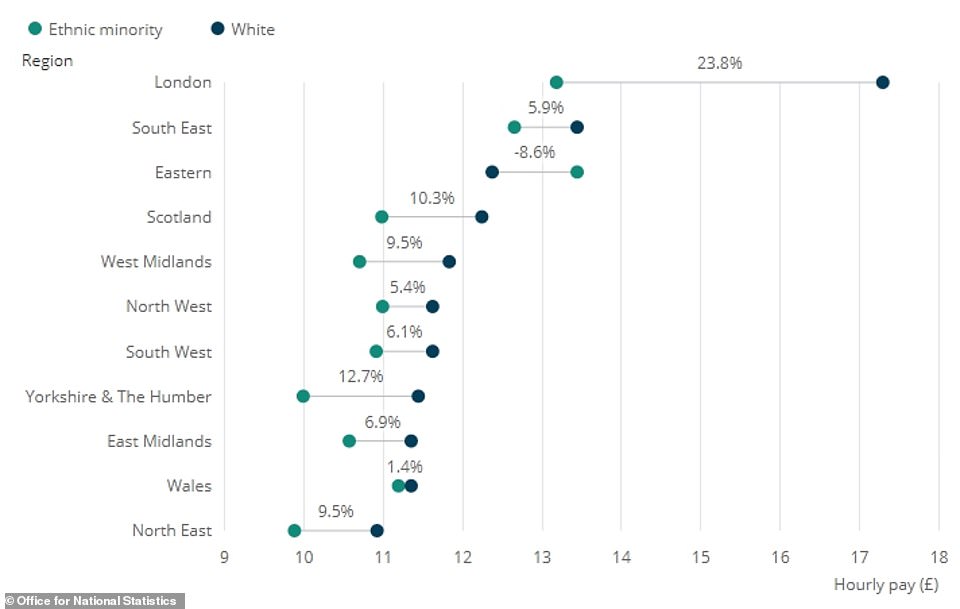 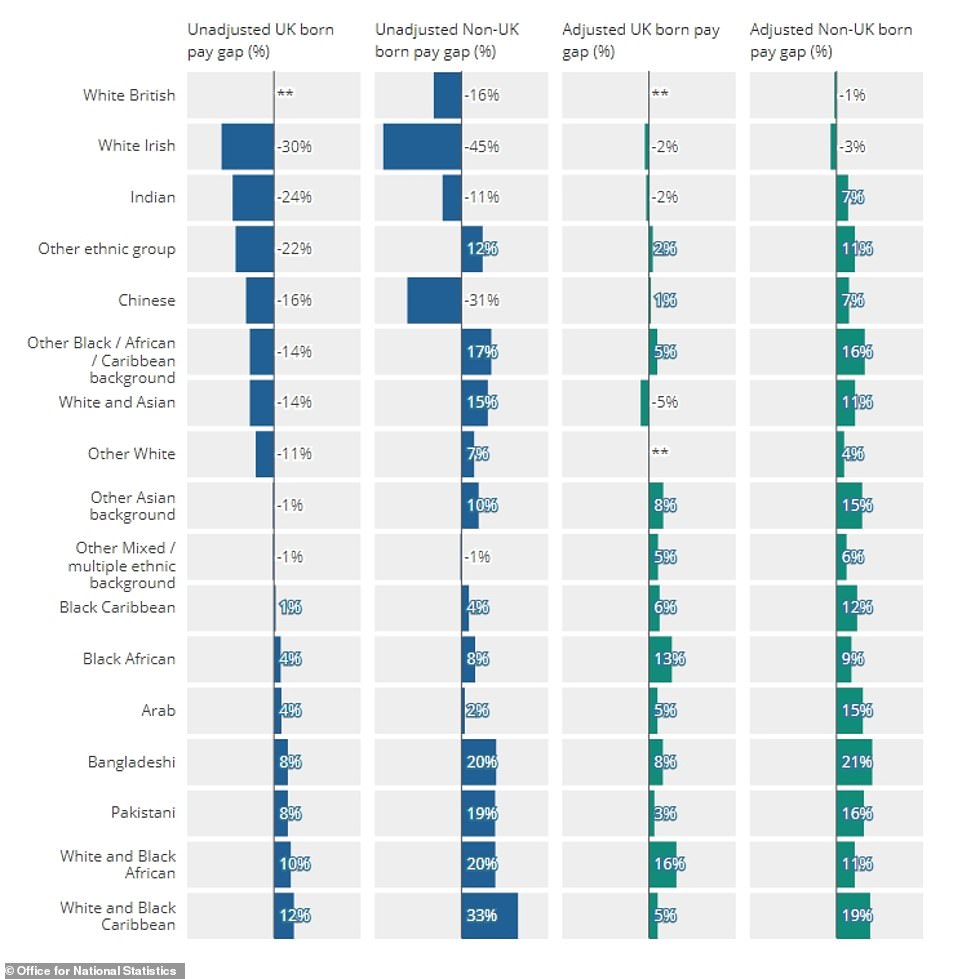 Ethnic minority employees aged 30 and over tend to earn less than their white counterparts, while those aged 16-29 tend to earn more, the ONS found.

The ONS analysed data on earnings from the Annual Population Survey (APS), running between 2012 and 2019.

George Bangham, an economist at the Resolution Foundation think tank, said today that the ONS analysis had some ‘important findings’, adding: ‘Progress has been made in recent years but shocking disparities remain, requiring decisive action.’

He said: ‘The headline is that the ethnicity pay gap narrowed between 2012 and 2019, but this doesn’t mean things have improved among all 17 ethnic groups considered in the analysis: it has risen for the Black Caribbean, Other Black/African/Caribbean and White & Black African ethnic groups. 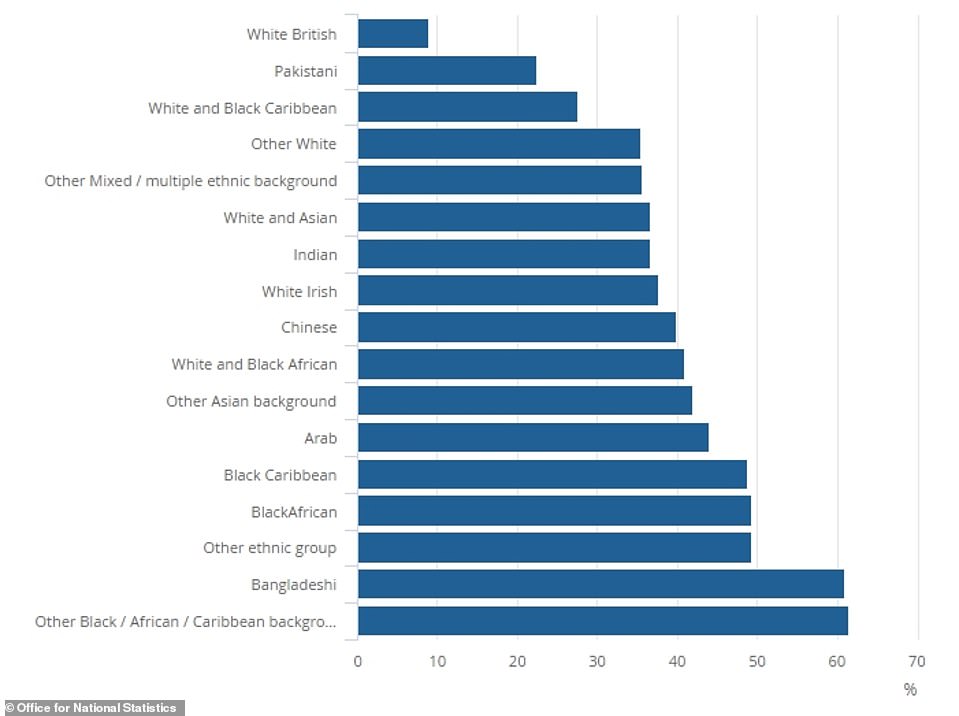 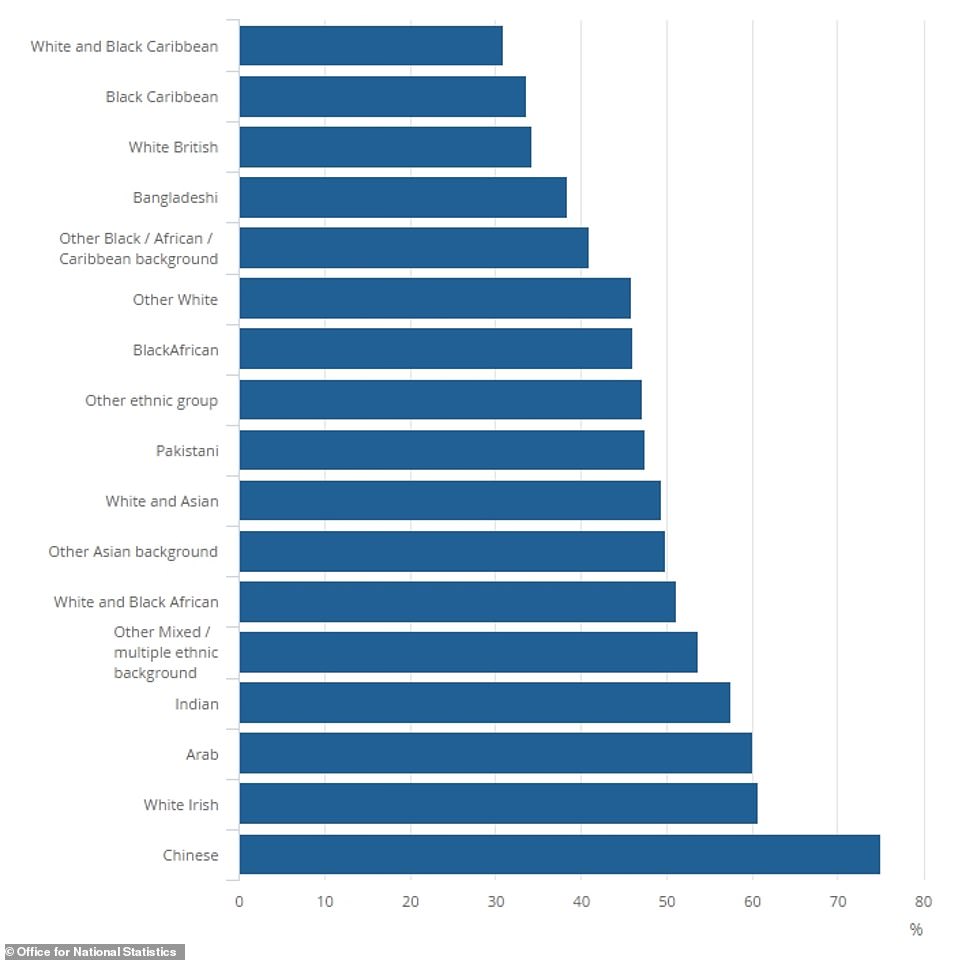 Chinese employees are the most likely to have a degree or equivalent, according to the Office for National Statistics data 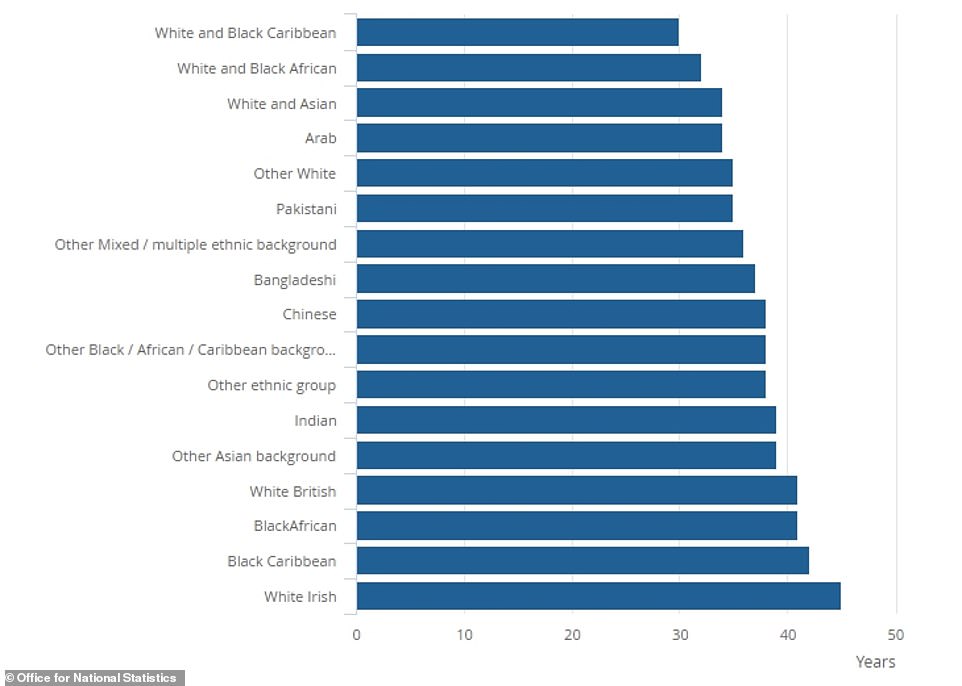 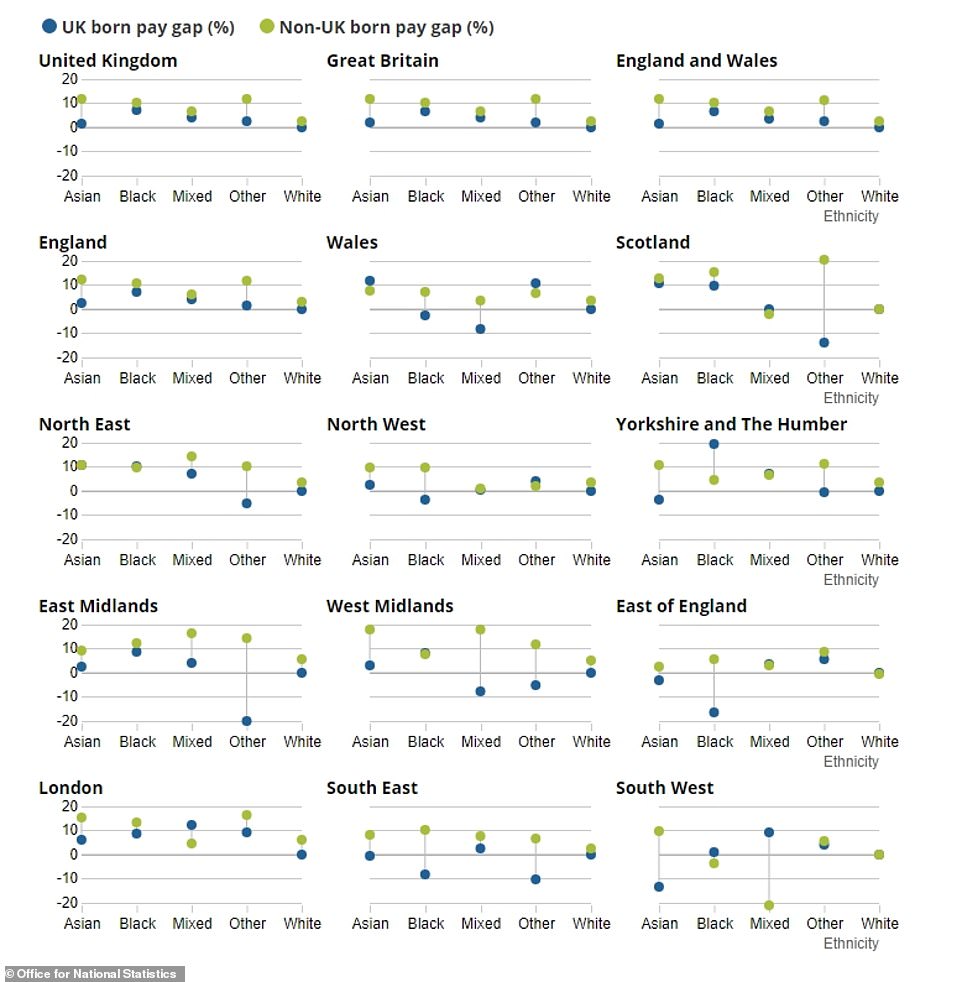 ‘Conversely, the ethnicity pay gap has fallen for some ethnic minorities, most of all for the Chinese, Indian, Bangladeshi and Other Asian background ethnic groups.

‘Workers in some ethnic groups are in fact paid more, at the median, than their White British counterparts: this is most the case for White Irish workers, but also applies to people from Chinese, Indian, and White and Asian ethnicities.’

He added that the ethnicity pay gap was consistently larger among men than women, but since 2012 it has fallen for men while changing less for women.