Young woman blames mould at a rental house for her health problems in Melbourne, Australia

A woman has blamed mushrooms on the walls of a rental property for health problems that led to her being hooked up to an oxygen machine.

Ebony Rehannon discovered mould in the bathroom, windows, linen cupboard and carpet of a property she was sharing with friends in Melbourne.

She claims she needed to be hooked up to an oxygen machine and that her dog also fell ill.

‘I never knew that mould could be so dangerous to your health,’ she said.

‘By the end of it, my dog had even stopped eating,’ she told the network.

Tradesmen were sent to the property to remove the mould, but it kept re-appearing and the problem got worse, Nine News reported.

‘I was vomiting for days and I couldn’t go to work, I had no idea what was going on but I was a bit freaked out,’ Ms Rehannon told the network. 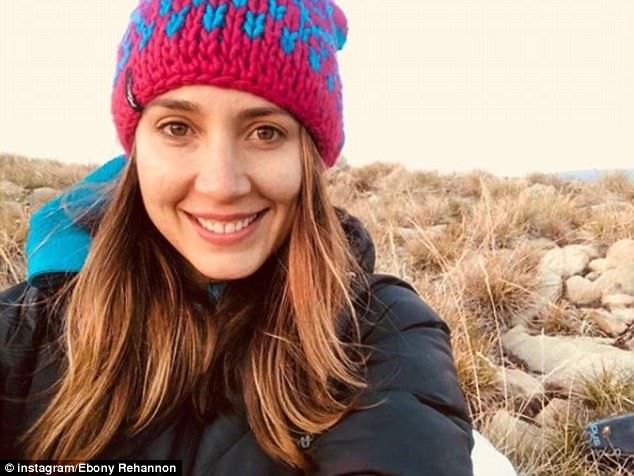 Ebony Rehannon (pictured) discovered mould in the bathroom, windows, linen cupboard and carpet of a property

Ms Rehannon eventually left the property after producing a letter from her doctor and evidence of the mould problem.

The agent allowed her to leave the property without paying a fee to break the lease.

‘As soon as the mushroom issue was reported to the office in February, it was addressed – a work order was issued the same day,’ she said.

‘As soon as it was clear the issue hadn’t been permanently fixed when the tenant reported it again in April, the property manager went the same day and the tenant was offered the opportunity to break lease with no cost.’

A report dated May 24 shows the property was inspected by Mould Busters and no mould was present. 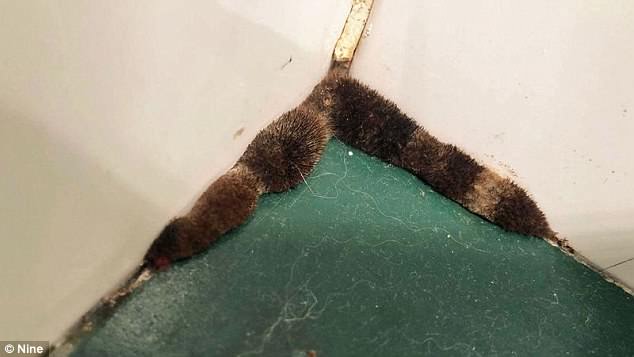 Ms Rehannon claims after the mushrooms appeared, she started developing migraines and later developed a lung infection. Pictured is mould growing in the bathroom

‘No mould was found to be present inside the built-in cupboards, nor anywhere else inside the property,’ the report showed.

The news comes after banking executive Mark Macduffie was diagnosed with Toxic Mould Syndrome after being exposed to mould in Sydney’s eastern suburbs.

Lucy Wicks, the Federal MP for Robertson in NSW, has called for a parliamentary inquiry into the disease.