Young woman has had three DIFFERENT life-threatening cancers by 23

A young woman has been forced to battle cancer three times in just 17 years after her first shock diagnosis aged just seven.

Lena Mishra, now 24, was too young to fully understand what was happening when cancer struck the first time in her brain – but has had to deal with it twice more as an adult.

And, unlike many cases where people are forced to fight the disease more than once, Lena’s cancer diagnoses have all been different.

Lena Mishra, 24, has faced three separate cancers since she was seven years old and was diagnosed with a brain tumour

This means the young Melbourne woman has to remain vigilant for any signs which could point to cancer, which could affect any part of her body.

Speaking to FEMAIL, Lena revealed the second cancer, which occurred in her thyroid when she was 21, and skin cancer at 23 were likely the result of the life-changing treatment she had as a child.

‘They were monitoring my thyroid because other children who had the same treatment as me had developed cancer there as a result,’ she said.

‘They noticed nodules a few years before I was diagnosed so as soon as they grew big enough they biopsied them and confirmed it was cancer.’

Despite knowing doctors were monitoring the spots carefully she still wasn’t ready for the diagnosis.

‘I remember bursting into tears when they wheeled me into surgery, and my dad saying something to make me laugh instead,’ she said. 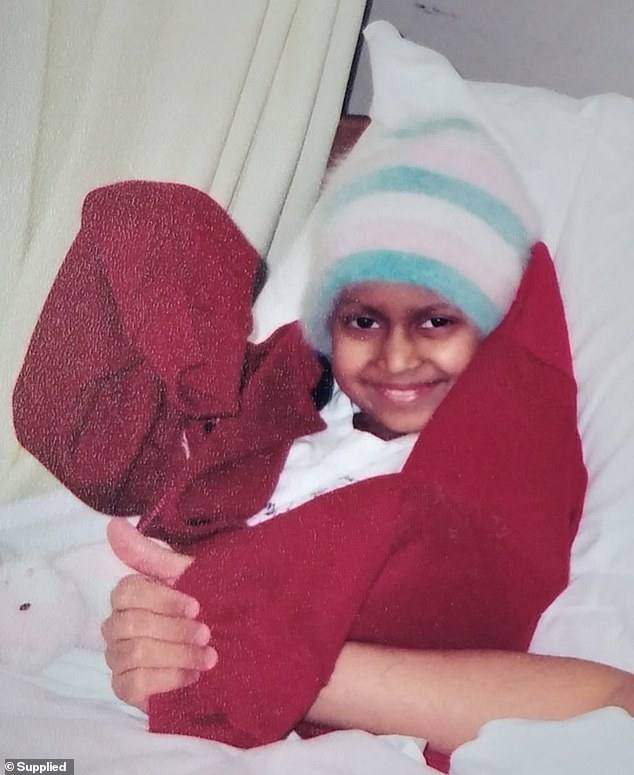 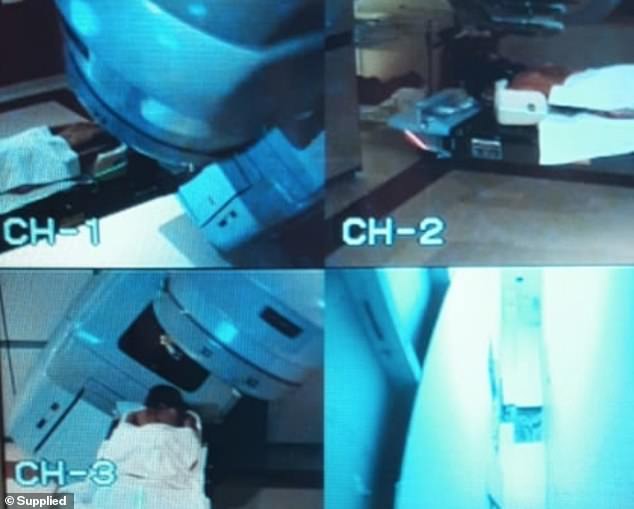 But her most recent diagnosis, skin cancer, came as a complete shock.

‘My mum noticed the spot behind my ear, we sent a photo to my cancer specialist who didn’t think it was anything but got it checked by a dermatologist anyway.

‘They knew it was cancer immediately, I think this one shocked me the most, but it could happen again because was likely the result of radiation therapy.

‘I now have to pay special attention to the areas that were radiated, from my head all the way down my spine, to make sure nothing else pops up.’

Lena noticed the skin cancer in its early stages so doctors were able to remove it completely.

Cancer isn’t the only the only long-term adverse effects she has suffered, she also has a debilitating lung condition which means they only function at 50 per cent capacity, a compromised immune system and a question mark over her ability to become a mother.

‘I don’t like to think about the other possible effects at the moment, especially about whether I will be able to become a mum, because I figure it is best to concentrate on the present.

‘I am just trying to live the best life I can right now, and that doesn’t include having kids just yet,’ she said.

She has also had her tonsils and appendix taken out and developed an allergy to Panadol following her long stints in hospital. 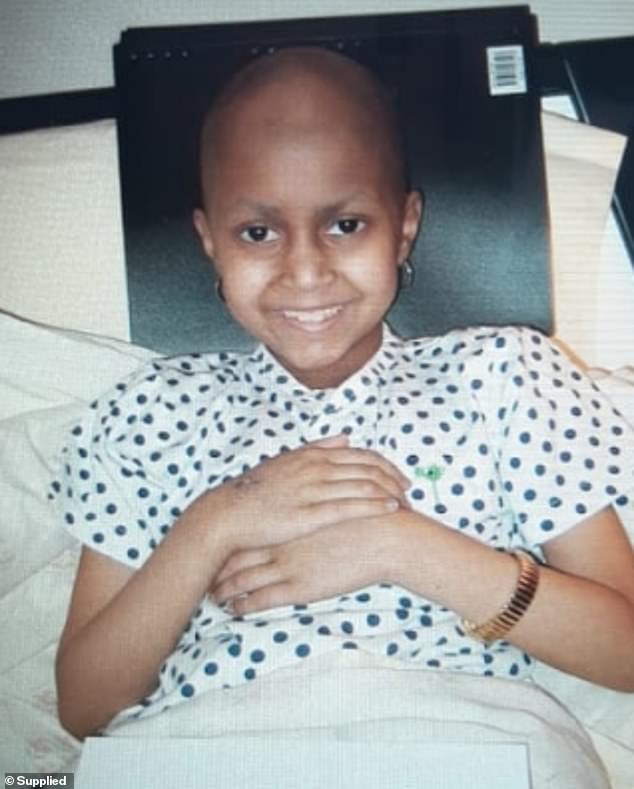 But she isn’t angry or upset by the ongoing health effect because without the initial radiotherapy and chemical treatments she wouldn’t have survived her original fight.

‘My parents have always done what they believe was right for me, including agreeing to that treatment, and I am so glad to have them,’ she said.

‘I don’t regret the choices they made, the saved my life.’

The first sign something was wrong happened when Lena had an unsually severe reaction to rolling her ankle at school.

‘It just hurt so much, the teacher was like you will be right’ but I was screaming and had to go home where I stayed to recover.’

Things got worse at home over the next few weeks she experienced dizzying waves of nausea, couldn’t eat without throwing up, had headaches and then developed double vision.

‘I went to a GP first, who had no idea, then I went to a paediatrician who wasn’t sure what was happening either. She sent me to hospital for some scans. And the MRI screen just lit up so I was admitted straight away.’

Lena remembers being sat down with a nurse, happily flicking through a magazine while her parents went to speak with doctors.

‘The first time wasn’t that scary for me because I trusted my parents and didn’t understand the gravity of the situation or what cancer even was,’ she said.

‘I just remember being at home a lot and feeling pretty sick for a while. And that my double vision went away as soon as they kicked the cancer out in an operation.’ 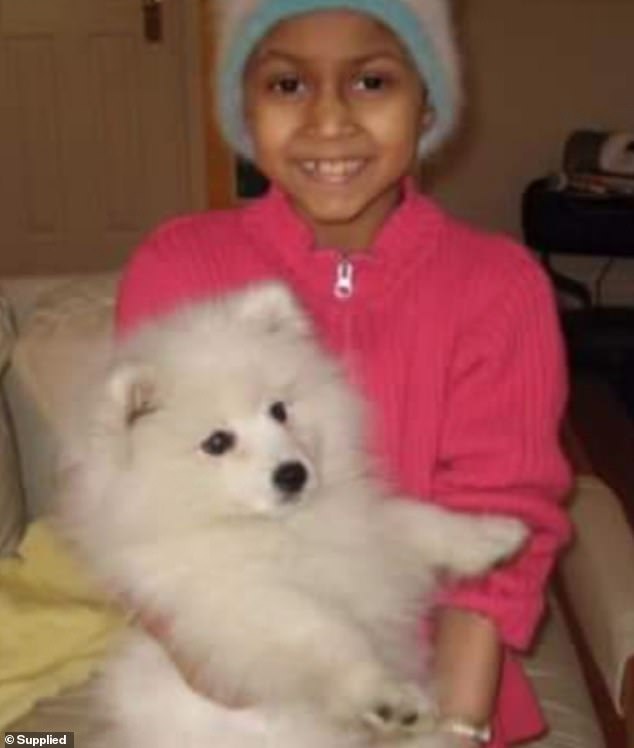 Lena now works closely with the Canteen and helps run camps for kids who have cancer or have been impacted by the diagnosis of a close relative.

Lena recently accepted a $240,000 donation on behalf of Canteen from Metricon Homes which was raised after 24 Metricon riders endured a grueling 5-day, 568km bike ride through VIC, to raise funds in support of youth impacted by cancer.

Canteen provides free support for young people aged 12-25 who have been impacted by cancer through their own diagnosis or that of a family member, ensuring that no young person faces cancer alone