By Rebecca Camber Crime Correspondent For The Daily Mail

Helena Keane, 24, was found dead on May 21 after she failed to turn up to her first holy communion at the school

Young women are taking a dangerous ‘date rape’ drug as a zero-calorie alternative to binge drinking on nights out, an inquest has heard.

A toxicologist warned that GHB has become a recreational drug of choice as it doesn’t contain sugar or induce a hangover, while having euphoric effects.

The worrying development comes after an ‘exceptional’ teacher at a prestigious Catholic school next to Westminster Cathedral died from an accidental overdose of the drug, also known as ‘liquid ecstasy’.

She was found dead on May 21 after she failed to turn up to her first holy communion at the school, which has close links to the cathedral.

Tests revealed she had 518mg of GHB per millilitre of blood – double the level that can cause a coma.

The class C illegal drug has been associated with ‘date rape’ – after victims’ drinks were spiked with doses – or ‘chemsex’, where GHB is used to enhance libido.

This week, Dr Rebecca Andrews, deputy head of toxicology at Imperial College London, told Southwark Coroner’s Court: ‘It’s been reported to be used by females as a drug used on nights out because it has no calories, it doesn’t cause hangover effects and it’s very cheap. A recreational drug on nights out for the euphoria effects.’

The inquest was told the drug, which comes in a powder or liquid form, is considered safe as the dose can be as small as a teaspoon.

But in reality there is a risk of accidental overdose as a tiny amount, when mixed with another central nervous system depressant such as alcohol, can put the user into a coma within minutes.

In this year’s Global Drug Survey, out of 1,000 GHB users, one in four women admitted they have overdosed in the last 12 months alone.

Dr Andrews explained that GBH’s small required doses was ‘the most dangerous thing about it’. 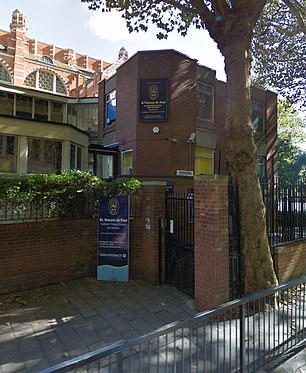 She added: ‘The main thing is the fine line between taking a recreational dose and taking something that may cause someone to have toxic effects.’

It is not known how Miss Keane consumed the drug prior to her death. Her father Richard asked on behalf of the family at the inquest whether it was possible his daughter’s drink had been spiked.

Dr Andrews replied: ‘That’s one of the uses of GHB but it also has other recreational uses where people choose to take it.’

Miss Keane, originally from north Staffordshire, was last seen by a flatmate on May 19 when she returned home to her maisonette in Tulse Hill, South London, after having drinks with colleagues.

Text messages on her phone indicated she planned to meet a drug dealer near her home that evening.

Her body was found in her room two days later by her flatmates after she failed to respond to the headteacher’s phone calls.

Miss Keane’s father said: ‘Her death was an absolutely enormous and devastating shock to every one of us. None of us ever had the slightest suspicion she was even using any sort of drugs.’

Assistant coroner Tony Badenoch QC recorded a conclusion of a drug-related death. He described Miss Keane as an ‘exceptional ‘teacher’.

Gamma-hydroxybutyrate – or GHB – was first synthesised for use as an anaesthetic in the 1960s.