Younger Americans cause the U.S. divorce rate to plummet by marrying richer and later, study finds

Millennials are succeeding where many Baby Boomers before them have failed: They’re staying married.

New research shows that Millennials – and younger members of Generation X – are waiting longer and getting pickier about who they ultimately marry, driving down the U.S. divorce rate nearly 20 percent, according to a new analysis of U.S. Census data by University of Maryland sociology professor Philip Cohen.

Younger people are making the commitment at times in their lives when their education is completed, careers are under way and finances are more stable. The outcome has been an 18 percent drop in the U.S. divorce rate from 2008-2016, Cohen writes.

The dwindling divorce rate comes as younger people are increasingly deciding against marriage in the first place, which is particularly true among poorer and less-educated Americans who are instead opting to cohabitate long-term.

Sociologist Philip Cohen said young women are driving the overall decrease in divorce in America. This graph illustrates the incidence of divorce for different age groups since 2005. The youngest cohort – women age 20-34 are the least likely to get divorce, and their incidence of divorce has fallen by 1.8 percent since 2005

And the decline is likely only the beginning of a new era in American marriage trends, Cohen said.

‘The trend in new marriages is toward those with lower divorce risks,’ he writes. ‘The composition of new marriages, along with the shrinking demographic influence of Baby Boom cohorts, all but guarantees falling divorce rates in the coming years.’

Even after Cohen controlled his analysis for factors including age and years married, the decline in divorce was still 8 percent.

Cohen attributes the overall drop ‘entirely’ to younger women, as it seems they are more likely to have marriages that last longer and are less likely to divorce and remarry later in life, ultimately predicting they ‘will have lower divorce rates than today’s older women.’

Cohen notes that the decline in divorce comes at the same time that premarital cohabitation is on the rise and as attitudes about divorce have grown more accepting.

‘The trends … represent progress toward a system in which marriage is rarer, and more stable, than it was in the past,’ Cohen wrote. 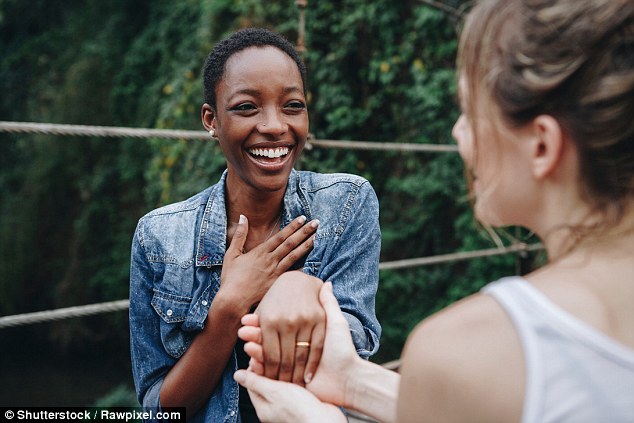 Young women are the driving force behind America’s declining divorce rate. Women are waiting longer to get married, and tend to have achieved a higher level of education and greater financial stability when they do tie the knot

As divorce rates have declined for younger people, they have increased among people in their 60s and 70s. The divorce rate doubled among Americans age 55-64 from 1990-2015 – and tripled among those age 65 and older during the same period, according to Bowling Green State University’s National Center for Family and Marriage Research.

At the same time, many low-income and under-educated Americans are choosing not to marry at all, instead opting to live together and in many cases raise children together.

In fact, a quarter of parents who live with their children are unmarried, according to Pew Research Center.

Pew researchers characterized the overall shift as ‘the declining stability of families’ and linked the trend to the rise in unmarried people cohabitating – relationships which Pew claims don’t tend to last as long as marriages.