Your inherited fitness habits could lead to breast cancer

Repeated studies have shown that physical inactivity, and the occurrence of obesity to which it is linked, increases the risk for many chronic diseases, including breast and other cancers.

In fact, the evidence is so compelling that the lifestyle guidelines of most health agencies, both in the US and abroad, include a recommendation for obesity prevention via maintenance of an appropriate body weight for height and a physically active lifestyle.

However, what if the science behind these recommendations were only about half the story? What if your fitness were influenced not only by your activity level but also by your genes?

And, focusing specifically on breast cancer, what if one’s risk of getting breast cancer were influenced by one’s inherited capacity for fitness?

A team of investigators, including me, explored these questions in a recently published study and found a surprisingly large role for genetics in fitness and breast cancer.

FIT AS YOU CAN BE?

We frequently associate a physically active lifestyle and maintenance of an appropriate weight for a given height (measured as body mass index) with fitness, which is sometimes referred to as cardio-respiratory fitness.

And individuals with high fitness generally fare better not only in having a lower risk for chronic diseases like cancer. Even when they are diagnosed and treated, they have a more favorable prognosis for recovery.

However, what has generally been overlooked is that aerobic fitness, broadly defined as the ability to transport oxygen and nutrients to the muscles, has a heritable component.

That explains why individuals engaged in the same training program have a wide range of improvement in their fitness in response to the same amount of exercise.

This inherited capacity for fitness led us to consider whether this capacity affects breast cancer risk.

Our question, while simple, would be problematic to study in people because it requires a lifetime of sedentary behavior, which is contrary to medical advice for health and well-being.

So, the team decided to investigate this question in the laboratory. We worked to isolate the effects of inherent fitness and then studied how they affected breast cancer rates.

The fitness model was developed by selecting rats over multiple generations with low or high running activity on a treadmill.

Those rats that ran the farthest before tiring were mated with one another and those rats that tired of running early likewise were bred together. 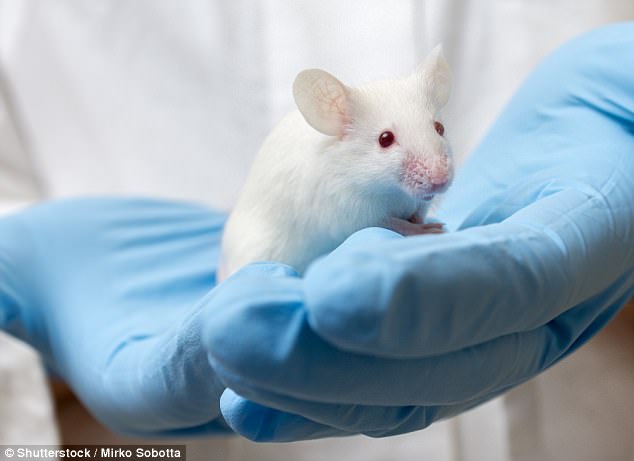 During the last ten years, black and Asian women’s chances of developing breast cancer has increased.

One’s risk of developing the disease increases as they age.

The average age that women are diagnosed with the disease in the US is 61 years old.

Men are typically diagnosed between ages 60 and 70.

Warning signs for the disease include:

This procedure was repeated for many generations, ultimately resulting in pups with large differences in inherited fitness.

To study the effects of these differences in inherent fitness, we took female pups born to mothers with high or low fitness and maintained the pups so that we could assess primarily the effects of fitness related to genetics, not to exercise.

Before reaching sexual maturity, the pups were exposed to a chemical that triggers the development of breast cancer.

The animals were then monitored for the occurrence of palpable tumors throughout their lives and for tumors too small to detect without the use of a magnifying glass at the time of their death. What we found was striking.

Rats born with low fitness were four times more likely to develop breast cancer, whereas rats born with high fitness not only had fewer cancers but the cancers occurred later in their lives and were smaller in size.

These effects were traced, at least in part, to a network of sensors that occur in essentially every cell in the body.

This system, referred to as mammalian target of rapamycin, senses the availability of energy and of various nutrients within the cell.

When energy and nutrient availability is high, the system is active and promotes the ability of a cell to proliferate; excessive cell division is a hallmark of cancer.

We found that this signaling activity in cells in the breast was high in rats born with low fitness, whereas it was reduced in rats with high inherent fitness.

Efforts to identify hormones or growth factors in the blood that explained this difference were not successful, suggesting that the responses are coming from deep within the cell.

NEXT STEPS: MOVING FROM LAB TO CLINIC

A growing number of studies in women have shown a link between exercise and breast cancer risk, and these findings seem to indicate that aerobic fitness alters the inner workings of cells to confer its protective effects.

However, our study suggests that there is an inborn component to protection that affects one’s exercise performance as well as their risk for breast cancer.

Many questions have been raised by this research. Recognizing that our experiment was done in rodents and that rodents are not people, the stage is set for extending these observations from the laboratory to the clinic.

A great amount of work also remains to be done using the rats with low and high inherent fitness. Current studies are focused on how to reduce breast cancer risk in rats born with low fitness.

Key questions revolve around identifying the amount and type of exercise needed to break the link between low inherent fitness and the development of breast cancer, since most of us have the ability to raise our innate fitness capacity with exercise.