You’re not making a Big Mac out of me! Escaped cow bolts through a busy McDonald’s car park

You’re not making a Big Mac out of me! Moment an escaped cow is finally rounded up in a busy McDonald’s car park

A rogue cow has broken free from its carrier only to be brought to heel in a McDonald’s car park.

The Scottish Highland cow was filmed running amok outside the fast food outlet at Lithgow in the New South Wales central west on Monday afternoon.

The stakes were high for the animal as it attempted to navigate the shocked crowd.

The cheeky cow was eventually wrangled after police went on standby to keep it from getting onto the busy Great Western Highway.

Local resident Missy Hibbard was part of the rescue crew, phoning for help from her partner Luke Mcnamara who has extensive experience working on cattle stations.

She described it as ‘eventful afternoon at Macca’s’ but said the general emotion from the crowd was concern for the cow.

‘She was scared as everyone was chasing her trying to herd into the float as they hadn’t been around cattle before,’ she said. 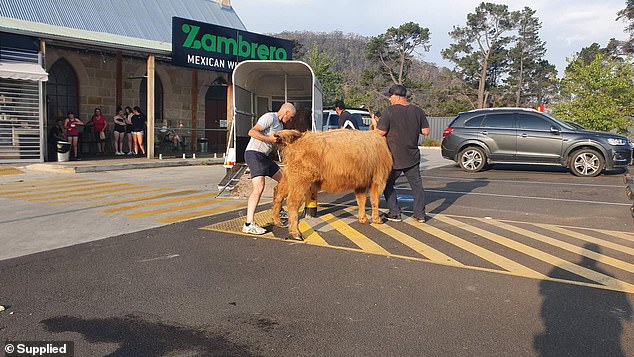 But Mr Mcnamara managed to get a rope around her horns and pull her back into the float, to the delight of onlookers.

Ms Hibbard said it was a happy ending.

‘The owner was lovely and grateful. They were all very happy. The owners have bought Luke a case of beer and dropped it at our house,’ she said. 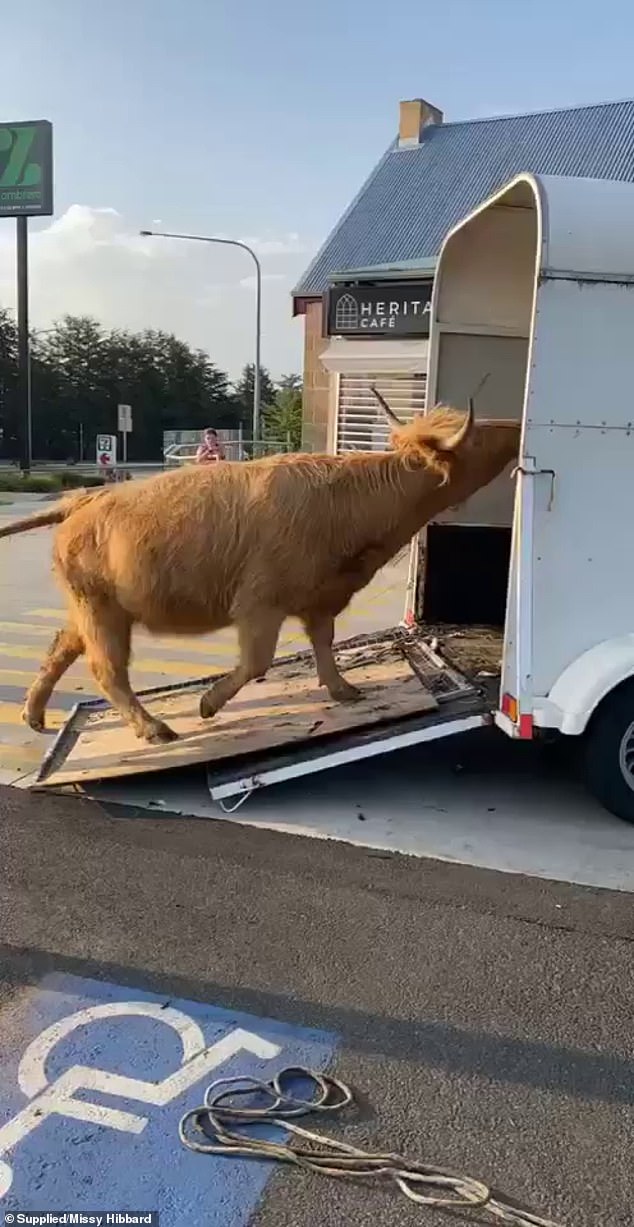