YouTube’s CEO has condemned new legislation that will heavily restrict the sharing of content online.

Article 11 and 13 of the Copyright Directive were approved in June by officials in Brussels in an attempt to change online copyright law.

The regulations may have dire implications for meme-lovers as well as YouTube users as websites will now be obligated to screen user-generated content, including text, audio, photos and video to protect copyrighted works.

She added that ‘hundreds of thousands of jobs’ will be at-risk following the implementation of Article 13.

Article 13 places the impetus on the platform and the publisher to scan the work for any copyright infringement.

It will likely apply to pictures, parodies and memes as well as videos – which is likely to be YouTube’s biggest concern.

Ms Wojcicki also noted the impact the legislation will have on job security as well as artistic expression.

‘This legislation poses a threat to both your livelihood and your ability to share your voice with the world.

‘If implemented as proposed, Article 13 threatens hundreds of thousands of jobs, European creators, businesses, artists and everyone they employ.

‘It would be too risky for platforms to host content from smaller original content creators, because the platforms would now be directly liable for that content.’

Article 13 has widely been referred to as a ‘meme ban’ and this refers to the internet trend that uses still images from popular television shows or films and combines them with quips, puns and topical humour.

The popular format is inescapable on the web, but the changes brought about by Article 13 could force internet companies to ban their use.

Critics and campaigners say the legislation, which the European Parliament approved earlier today, will prove to be an excessive restriction on free speech.

The MEPs approved its position in a tight vote by 14 votes to 9, with 2 abstentions.

According to the EU, the principle of fair pay for artistic work should apply to everyone, everywhere, whether in the physical or online world — something it says the changes to regulations will enable.

German MEP Axel Voss said: ‘This vote marks the first step of the parliamentary procedure to adopt copyright laws fit to meet the challenges of the internet.

‘The last laws to address copyright in the information society date back 17 years and the internet of today is fundamentally different to what it was in 2001.’

But the new laws could spell an end to music remixes, memes, and other user-generated content that borrows from copyrighted works. 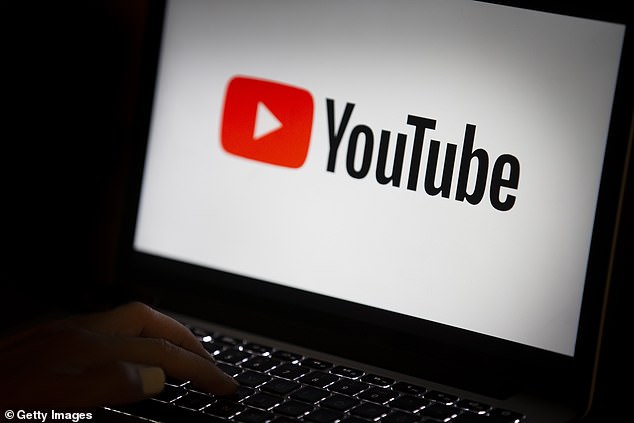 YouTube’s CEO has condemned new legislation that will heavily restrict the publication of information online. Article 11 and 13 of the Copyright Directive could have dire implications for meme-lovers, with websites now obligated to screen user-generated content (stock)

With companies now required to screen content for copyright infringement, it’s possible that smaller sites will be unable to pay enough staff to police the images, text, and video being routinely shared by its users.

Some companies and sites have already had to shutdown as a result of the EU’s new GDPR data rules.

Earlier this year, more than 70 leading internet figures, including the creator of the world wide web Tim Berners-Lee and Wikipedia co-founder Jimmy Wale, signed an open letter against the law change.

It read: ‘By requiring Internet platforms to perform automatic filtering all of the content that their users upload, Article 13 takes an unprecedented step towards the transformation of the Internet, from an open platform for sharing and innovation, into a tool for the automated surveillance and control of its users.’

Those behind the letter say they believe in the need for copyright, but having an automated screening process in place is not the correct way to enforce the law.

‘We support the consideration of measures that would improve the ability for creators to receive fair remuneration for the use of their works online,’ the letter reads.

‘We cannot support Article 13, which would mandate Internet platforms to embed an automated infrastructure for monitoring and censorship deep into their networks.’

Several other groups have lobbied the EU to scrap the reform, with Copyright 4 Creativity one of the leading firms campaigning against the new changes.

‘Should Article 13 of the Copyright Directive be adopted, it will impose widespread censorship of all the content you share online,’ it said before today’s vote.

Article 11 has been branded ‘the link tax’, or ‘the snippet tax’.

The legislative change is designed to mitigate the power that Google and Facebook have amassed in recent years.

Under the new rule, technology companies like Google will have get permission to use excerpts, and even may have to pay for a license in order to do so.

HAS THE EU KILLED MEMES? HOW DO ARTICLE 13 AND ARTICLE 11 CHANGE COPYRIGHT LAW?

MEPs have approved a number of changes to the EU Copyright Directive — the first major overhaul to European copyright law since 2001.

Although most of the changes present a welcome update to ageing legislation, Article 11 and Article 13 in the document have provoked outrage in some corners of the internet.

A letter penned in June by 70 leading internet figures including Sir Tim Berners-Lee said the risks outweigh the benefits when it comes to the new EU law.

‘We support the consideration of measures that would improve the ability for creators to receive fair remuneration for the use of their works online,’ the open letter reads.

‘But we cannot support Article 13, which would mandate Internet platforms to embed an automated infrastructure for monitoring and censorship deep into their networks.’

EU lawmakers will now take the legislation to talks with the European Commission and the 28 EU countries.

The next step is negotiations will reconcile their different positions before updating the existing copyright laws. 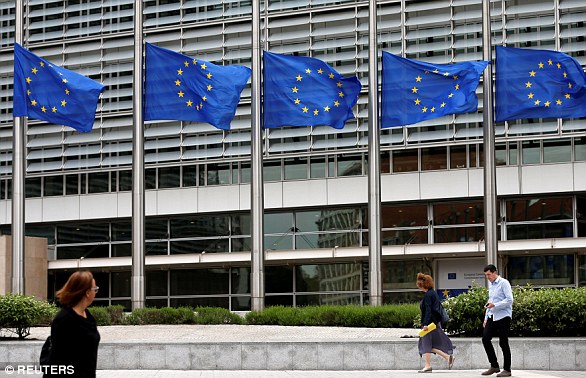 This portion of the legislation puts the onus of policing for copyright infringement on the websites themselves.

Until now, online companies have not been subject to copyright penalties when a user on their platform uploaded something that infringes copyright.

However, that will change with Article 13.

As a result, Facebook could be held responsible when one of its 2.19 billion monthly active users shares a copyrighted image without the correct permission from the rightsholders.

But while Facebook has the funds to build a system to automatically scan content before it is shared to check for infringement, many smaller sites do not.

Memes often use still images from popular television shows or films, which are protected by copyright and would be flagged by these systems.

Cory Doctorow, special Advisor for online watchdog Electronic Freedom Foundation, says Article 13 will trigger ‘problems so big that they threaten to wreck the Internet itself.’

It’s unclear exactly what precautions websites will have to provide to protect against copyright infringement from its users.

Article 13 is quite vague, suggesting that sites use ‘appropriate’ measures, and employ ‘effective content recognition technologies’ to check content.

According to critics, the most important problem with Article 13 is the fact that it makes no exceptions for fair use – which previously allowed people to remix and mash-up copyrighted songs, or use short video clips from movies in commentary or parody.

Article 11 in the Copyright Directive has been nicknamed the ‘snippet tax’.

It aims to limit the power that technology giants like Google and Facebook hold over publishers, whose work is protected under copyright law.

Online platforms will have to pay for a license to link to news publishers when quoting portions of text from these outlets.

This will support publishers and drive some traffic away to the publishers.

But while Silicon Valley companies like Google and Facebook will undoubtedly be able to afford a licence, smaller firms may not.

The changes could outlaw small news aggregators, which pull-in articles from a variety of sources online.

Axel Voss, Rapporteur of the European Parliament for the Copyright Directive, who spearheaded the changes, defended Article 11, saying: ‘If the press is dependent on search engines, of powerful companies, then we simply don’t have an independent press any longer.’