YouTube could be forced to stop free music streaming

Streaming free music tracks and albums on user-generated sites like YouTube could be a thing of the past, following demands from a group of copyright holders to the EU.

The open letter, which is backed by a slew of well-known record labels, film and sport bodies, and publishers, calls for compulsory licensing for user uploaded content.

‘We have formed an alliance to campaign for a solution to a major problem which is holding back our sector and jeopardising future sustainability,’ the letter states.

However, these clips often leave the rightsholders without pay.

According to the letter to the European Council, revenue generated by these videos are not used to pay official content licenses, and on occasions when it is, it is below a rate considered fair by the industry.

ARE PRICES FOR SPOTIFY, APPLE MUSIC AND PRIME MUSIC GOING TO RISE?

Music streaming services, like Apple Music and Spotify, could be set to raise subscription prices, following the decision to increase royalties for songwriters and music publishers.

Earlier this year, a federal copyright board raised the music streaming royalties for songwriters and music publishers by more than 40 per cent to narrow the financial divide separating them from recording labels.

The Copyright Royalty Board’s decision will require those services to pay 15.1 per cent of their revenue to the songwriters and publishers, up from 10.5 per cent.

The music publishers association hailed the ruling, stating that it represents ‘the most favourable balance in the history of the industry’.

None of the major companies affected by the new music streaming royalties have confirmed whether the shift will prod any of them to raise the prices paid by consumers.

The popularity of music streaming services has soared in the past few years as more consumers have embraced paying a monthly or annual subscription fee for unlimited access to tens of millions of songs instead of incrementally buying a more limited amount of music on CDs or in a digital download.

Those changing habits have pushed artists, songwriters and publishers to step up their efforts to get a larger cut of the royalties generated from music streaming – a format that didn’t even exist when some performers signed their last record deals years ago.

The Copyright Royalty Board drew up the new rates for songwriters and publishers after hearing evidence during a trial held in 2017.

The letter, addressed to Prime Minister of Bulgaria Bokyo Borissov, states: ‘User uploaded content services have become vast distributors of our creative works e.g. film, music, photos, broadcasts, text and sport content – all while refusing to negotiate fair or any copyright licences with us as right holders.’

The coalition blames a ‘lack of clarity’ around the application of copyright to ‘certain online services’.

It also warns of websites abusing the so-called copyright ‘safe harbour’ rules built into EU law designed to protect Internet Service Providers, or ISPs, from being prosecuted for being an intermediary to content online.

Online services that play an ‘active role’ in the promotion or optimisation of user-uploaded should be denied ‘safe harbor’ status under copyright law, the rightsholders argue. 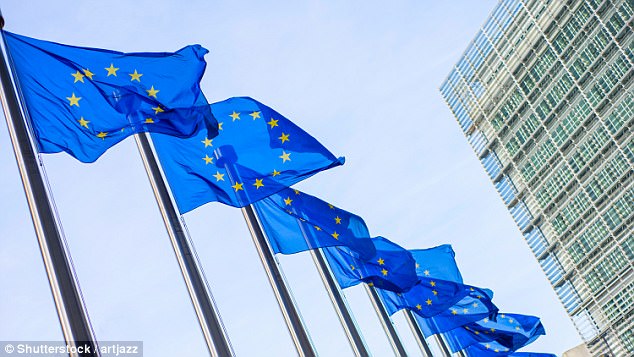 YouTube itself states, ‘If your copyright-protected work was posted on YouTube without authorisation, you may submit a copyright infringement notification.

‘Make sure that you consider whether fair use, fair dealing or a similar exception to copyright applies before you submit.

‘These requests should only be sent in by the copyright owner or an agent authorised to act on the owner’s behalf.’

Facebook has similar procedures in place to stop the spread of copyright-protected material.