At the end of March, YouTube announced that it will be introducing tighter restrictions on videos that promote the sale of guns and accessories and how to assemble them.

The site will block videos that mention websites that sell firearms and accessories such as the controversial bump stocks, as well as any videos containing instructions on assembly of guns.

The move comes just before Saturday March 24, March For Our Lives protest that will call for more gun control after the Florida high school shooting in which 17 people were killed.

‘We routinely make updates and adjustments to our enforcement guidelines across all of our policies. While we’ve long prohibited the sale of firearms, we recently notified creators of updates we will be making around content promoting the sale or manufacture of firearms and their accessories, specifically, items like ammunition, gatling triggers, and drop-in auto sears,’ a YouTube spokesman said in a statement.

YouTube’s new guidelines are meant to be implemented on April 20 but it looks as if some bloggers are already seeing them in action.

‘YouTube’s newly released released vague and one-sided firearms policy makes it abundantly clear that YouTube cannot be counted upon to be a safe harbor for a wide variety of views and subject matter,’ wrote InRangeTV in a Facebook statement, a gun review site. 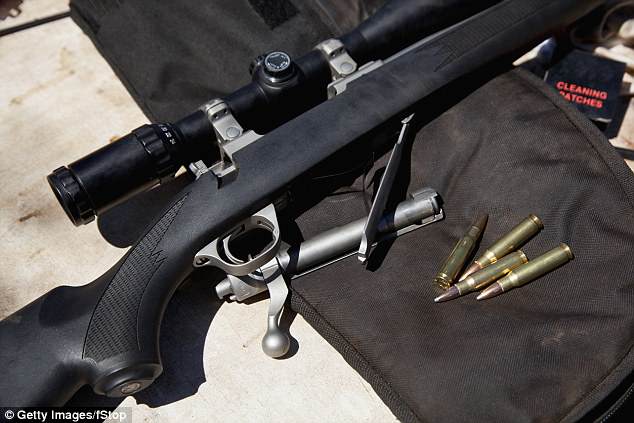