A notorious YouTube prankster has claimed he is behind the Gatwick drone chaos – but images he posted of the airport online are six months old.

Ally Law, 21, of Southampton, has broken into the Big Brother House, Thorpe Park and Barcelona’s Sagrada Familia for his online escapades.

This month he was handed a criminal behaviour order banning him from theme parks and TV studios across Britain.

But just before midnight yesterday he told his 2.2million followers he is the mystery drone pilot that brought Gatwick Airport to a standstill and risked ruining the Christmases of 350,000 people. 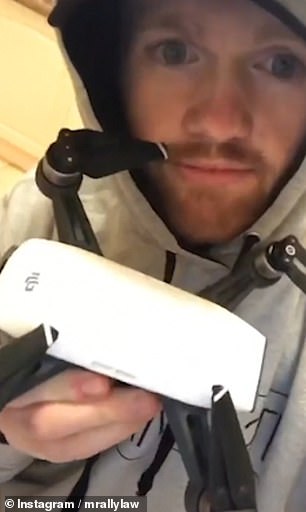 Ally Law, 21, (pictured in a social media post yesterday) claims he is responsible for the drone chaos at Gatwick Airport that grounded more than 700 flights 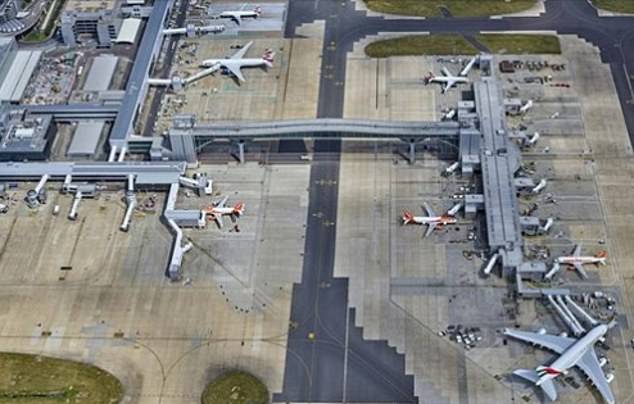 He posted on Facebook yesterday: ‘FLYING DRONE OVER GATWICK AIRPORT *THE ARMY CAME* – NEW VIDEO COMING SOON!’ He shared this image of the airport, which was used in a BBC news report about the airports £1.11 billion expansion plans

Each post was accompanied by an aerial photo of the Sussex airport, which was used in a BBC news report on the £1.11billion six months ago.

The photographer who took the image is Jeffrey Milstein – not Ally Law.

He also shared footage of police officers patrolling Gatwick during the mayhem.

Given his wide social media following, many could believe Law’s claims are true. 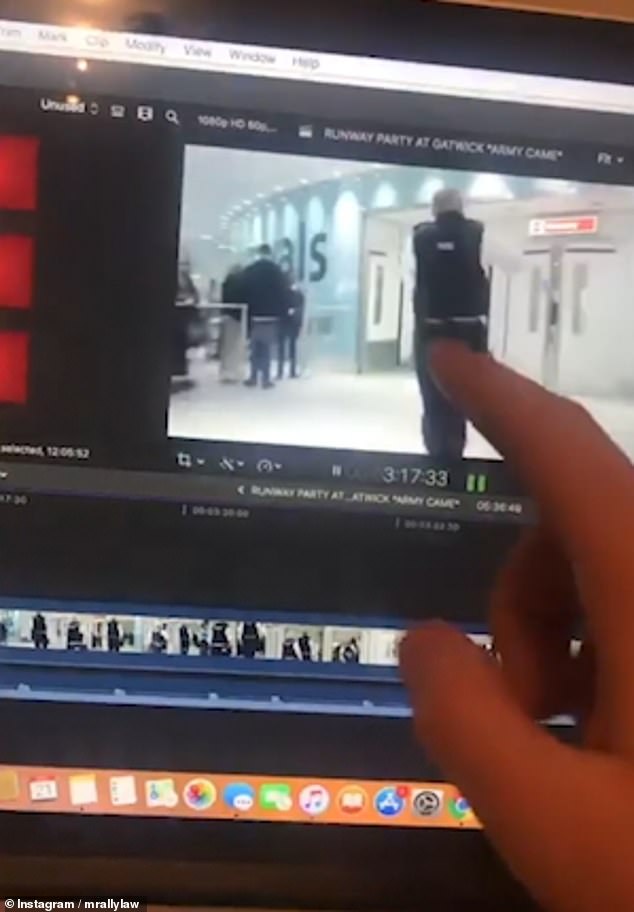 In a video uploaded to Instagram, Law shared footage of police officers at Gatwick Airport

It bans him from entering any film or TV studio, areas of a bridge or building not open to the public, any commercial property outside business hours, and any property owned by Merlin Entertainments.

He is also prohibited from inciting others to do so and from posting on social media or sharing footage or photographs of any production in any studio in the three countries.

In the About section it reads: ‘Just sharing my best attempt at life with you all, Enjoy.’ 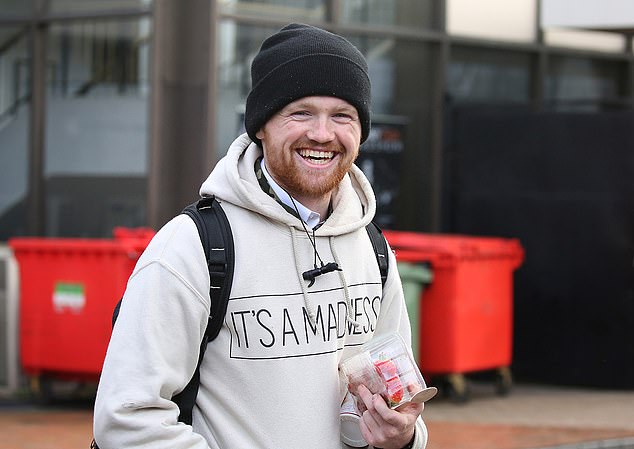 Ally Law (pictured), 21, of Southampton, is now banned from entering any film or TV studio, areas of a bridge or building not open to the public, any commercial property outside business hours, and any property owned by Merlin Entertainments

He made headlines this year for sneaking into the Big Brother House and filming housemates during a live eviction.

After the court order was successfully imposed earlier this month, Inspector Nick Pinkerton, from Surrey Police, said: ‘Ally Law has offended all over the country and we used evidence from all over in our application because we know that he has been causing numerous police forces issues for some time.’

He criticised Law for ‘behaving so recklessly’ and said he hoped the order, which had taken a year to put in place, would stop him ‘wasting valuable police resources in the future’.

Mr Pinkerton said: ‘Law’s actions were also really unsafe – free-climbers may not care about their own safety but if they slip and fall it is the emergency services who have to respond.

‘Dealing with death is traumatic, and not just ‘part of the job’. One of the worst tasks officers have to do is to contact family members to say that someone they love has died – imagine delivering and receiving that message.’

He also said the police efforts in this instance should set a precedent giving forces more powers, rather than companies having to rely on ‘spending thousands of pounds taking civil action against named urban explorers and taking out injunctions to try and protect their property’.

Any breach of the conditions could see Law arrested and, if convicted, face a possible five-year jail sentence.

Law has previously climbed the Severn Bridge, Blackpool Tower, the O2 Arena and also the Ethiad Stadium, the home of Manchester City.

A full CBO hearing is due to be held at St Albans Magistrates’ Court on March 5 next year.