YouTube prankster, 21, who posted footage of himself climbing more than 200ft to the top of Thorpe Park rollercoaster and breaking into Big Brother house is banned from theme parks across the UK

A YouTuber who trespassed into the Big Brother House and Thorpe Park, where he climbed a rollercoaster, has been banned from TV studios and theme parks across much of the UK.

Ally Law, of Southampton, scaled the 205ft Stealth ride in July last year with a camera, and in January this year unlawfully entered the Big Brother House with a friend.

The 21-year-old has been given an interim criminal behaviour order (CBO) which applies across England, Wales and Northern Ireland.

Ally Law (pictured), 21, of Southampton, is now banned from entering any film or TV studio, areas of a bridge or building not open to the public, any commercial property outside business hours, and any property owned by Merlin Entertainments

The order bans him from entering any film or TV studio, areas of a bridge or building not open to the public, any commercial property outside business hours, and any property owned by Merlin Entertainments.

He is also banned from inciting others to do so and from posting on social media or sharing footage or photographs of any production in any studio in England, Northern Ireland or Wales.

In the About section it reads: ‘Just sharing my best attempt at life with you all, Enjoy.’

Inspector Nick Pinkerton, from Surrey Police, said: ‘Ally Law has offended all over the country and we used evidence from all over in our application because we know that he has been causing numerous police forces issues for some time.’

He criticised Law for ‘behaving so recklessly’ and said he hoped the order, which had taken a year to put in place, would stop him ‘wasting valuable police resources in the future’.

Mr Pinkerton said: ‘Law’s actions were also really unsafe – free-climbers may not care about their own safety but if they slip and fall it is the emergency services who have to respond.

‘Dealing with death is traumatic, and not just ‘part of the job’. One of the worst tasks officers have to do is to contact family members to say that someone they love has died – imagine delivering and receiving that message.’ 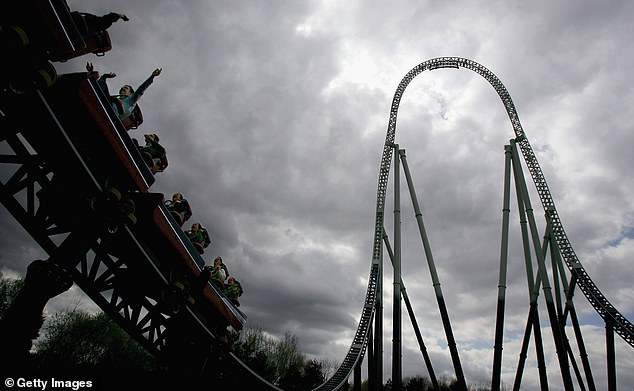 He also said the police efforts in this instance should set a precedent giving forces more powers, rather than companies having to rely on ‘spending thousands of pounds taking civil action against named urban explorers and taking out injunctions to try and protect their property’.

Any breach of the conditions could see Law arrested and, if convicted, face a possible five-year jail sentence.

Law has previously climbed Blackpool Tower, the O2 Arena and also the Ethiad Stadium, the home of Manchester City.

In September, 2017 he climbed Scotland’s tallest building – the 417ft Glasgow Tower – with a friend without safety gear.

And in February this year he uploaded video of him walking up suspension cable to the top of one of the Severn Bridge’s 446-ft towers with nine other daredevils.

Avon and Somerset Police confirmed afterwards officers attended the scene and gave the trespassers ‘words of advice’ but no arrests were made.

A spokesman for Highways England said at the time it would be liaising with police to pursue a prosecution for criminal damage.

A full CBO hearing is due to be held at St Albans Magistrates’ Court on March 5 next year.