A new, less lucrative, policy on copyrighted music may lower the amount of claims against creators.

According YouTube, the company will discontinue its policy of allowing copyright owners to share in the ad revenue of creators video clips that contain unintentional and ‘very short’ clips of copyrighted music.

Instead, owners of the copyright will only be able to have YouTube remove the clip or leave the video up and prevent the publisher from earning money from it.

YouTube says its new policy on reporting copyrighted material could result in more videos being removed from the site.

The move, according to a blog post from YouTube, is meant to make its system more fair while taking into account the complaints of copyright owners.

‘Without the option to monetize, some copyright owners may choose to leave very short or unintentional uses unclaimed,’ said that company.

YouTube will continue to use its AI powered Content ID match system to hunt down clips that contain copyrighted material which its says find the ‘vast majority’ of material already.

Since the new policy only applies to clips that are manually reported, it means that if the clip is discovered by YouTube’s system, copyright holders will still be able to demand ad revenue.

While its hard to forecast exactly what the impact of the change will be, lacking a financial incentive, many copyright owners could eventually find the prospect of manually tracking and reporting content to be too great a burden, leaving more clips untouched.

Conversely, however, YouTube says that it could lead to an uptick in videos removed or demonetized if copyright holders choose to continue enforcing the policy. 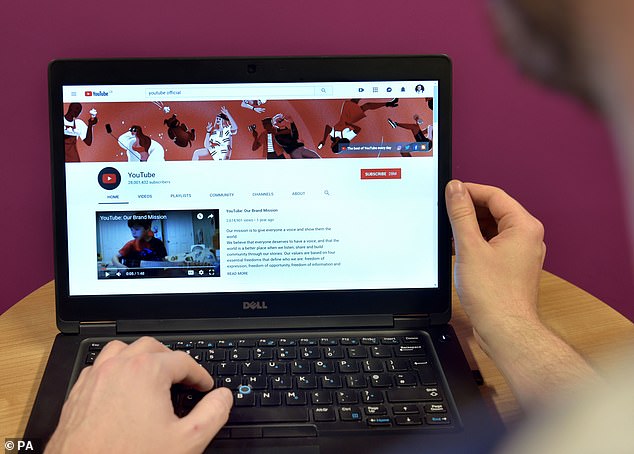 It’s unclear what effect the new policy would ultimately have, but its possible that some copyright holders may choose to forego hunting down content

‘We acknowledge that these changes may result in more blocked content in the near-term, but we feel this is an important step toward striking the right balance over the long-term,’ said the company.

‘Our goal is to unlock new value for everyone by powering creative reuse and content mashups, while fairly compensating all rights-holders.’

If claims were to decline, it would likely come as a relief to many creators who have contended with flags on their content, even if music plays incidentally in the background.

According to a report from The Verge in May, because of an increasing amount of claims from copyright holders, some YouTubers have lost out on significant revenue, including one creator who says reciting a single line from a Bon Jovi song resulted in a five figure loss.

YouTube announced in December 2017 it would hire 10,000 extra human moderators people to monitor videos amid concerns too much offensive content was making it onto the site.

Susan Wojcicki, the chief executive of the video sharing site, revealed that YouTube enforcement teams had reviewed two million videos for extremist content over the preceding six months – removing 150,000 from the site.

Around 98 per cent of videos that were removed were initially flagged by the ‘computer learning’ algorithms.

Almost half were deleted within two hours of being uploaded, and 70 per cent were taken down within eight hours.

Miss Wojcicki added: ‘Our goal is to stay one step ahead, making it harder for policy-violating content to surface or remain on YouTube.

‘We will use our cutting-edge machine learning more widely to allow us to quickly remove content that violates our guidelines.’

Earlier this year, YouTube’s parent company Google has announced that from February 20, channels will need 1,000 subscribers and to have racked up 4,000 hours of watch time over the last 12 months regardless of total views, to qualify.

Previously, channels with 10,000 total views qualified for the YouTube Partner Program which allows creators to collect some income from the adverts placed before their videos.

This threshold means a creator making a weekly ten-minute video would need 1,000 subscribers and an average of 462 views per video to start receiving ad revenue.

This is the biggest change to advertising rules on the site since its inception – and is another attempt to prevent the platform being ‘co-opted by bad actors’ after persistent complaints from advertisers over the past twelve months.

YouTube’s new threshold means a creator making a weekly ten-minute video would need 1,000 subscribers and an average of 462 views per video to start receiving ad revenue.