Ian Rylett, 55, reportedly pleaded guilty last week to ‘lewd or lascivious molestation’ and was sentenced to 90 days in prison instead of a possible 15 years

YouTube has shut down channels targeting a tween audience after the 55-year-old co-founder pleaded guilty to child abuse, according to a report.

The man behind SevenAwesomeKids, loved by eight to 12-year-old girls, reportedly entered a plea deal last week to avoid going on trial after being accused of ‘lewd or lascivious molestation’ against one of his underage video stars.

Ian Rylett faced 15 years in prison if convicted but News 6 says he was sentenced to 90 days in Florida’s Orange County Jail instead.

He had already served 29 of those days while awaiting trial since the time of his arrest – when police were called to his hotel room near Walt Disney World following an incident that allegedly occurred on August 16 – and last week.

Rylett is accused of verbally abusing a girl, who was 15, insisting that she take off her clothes in front of him and ‘practice wrapping her breasts down, to make them appear smaller for the video shoot,’ according to an arrest warrant obtained by BuzzFeed News.

The warrant also states that the girl, who has not been named, said that Rylett touched her breasts and fondled her during that time and even attempted to take off her underwear. 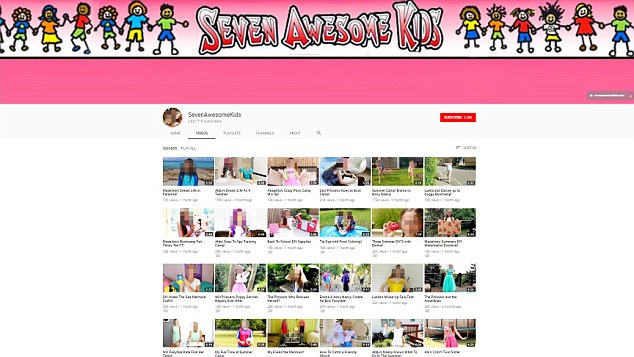 Once released from his three-month sentence, video producer Rylett will be placed on supervised probation for five years and cannot have contact with the victim or her mother.

The only minor he’s allowed to have contact with is his daughter.

On Wednesday, Rylett’s video pages displayed the message: ‘This channel does not exist’.

A YouTube spokesperson told DailyMail.com: ‘We take safety on YouTube very seriously. We work closely with leading child safety organizations and others in our industry to protect young people.

‘When we’re made aware of serious allegations of this nature we take action, which may include terminating channels upon conclusion of an investigation.’

One of Rylett’s channels, SevenGymnasticsGirls, said to be the most popular, was terminated for violating YouTube’s Community Guidelines in early August, not long before his arrest.

Until recently, all other channels remained live on YouTube, despite the company being aware of Rylett’s arrest for alleged child molestation.

Rylett’s SevenAwesomeKids brand’s seven YouTube channels — bearing names such as SevenFuntasticGirls and Seven PerfectAngels — had more than 17 million subscribers combined, with the videos having been watched 10 billion times.

The clips star a cast of more than 20 girls who are between the ages of eight and 18 years old.

No new videos have been posted since August 14, two days prior to Rylett’s arrest.

Rylett, who lives in the UK, had previously pleaded not guilty during his August arraignment and was said to have surrendered his passport. He was due to stand trial later this year.

His attorney claimed the girl accusing him and her mother had a financial motivation for the claim. She accused him of inappropriately touching her while showing her how to bandage her bare chest to appear younger.

The accuser said he threatened to fine her via a recently-signed contract that allowed bodily contact. 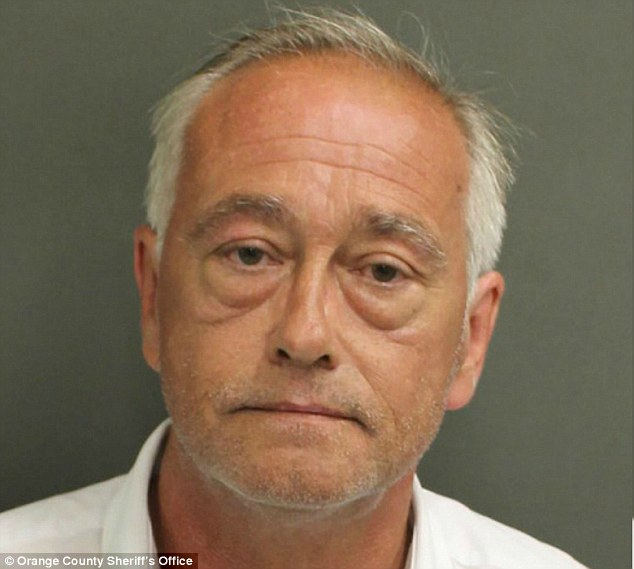 Rylett was arrested and charged after being accused of verbally abusing and fondling one of his YouTube channel stars aged 15. The accuser said he threatened to fine her via a recently-signed contract that allowed bodily contact

‘Talent and Parent hereby agree and consent without limitation, objection or question to Talent being subject to physical or bodily contact of any type on any part or parts of the body, for any reason or any purpose, and Talent shall remove any items of clothing as directed by management,’ the contract stated, according to prosecutors.

Assistant State Attorney Jenny Rossman said last October: ‘This contract was used as a sophisticated way for Mr. Rylett to engage in inappropriate sexual activity with the victim.

The prosecutors previously said Rylett later told his female manager he shouldn’t have been alone with the teen when the incident occurred in his hotel room.

They said it was ‘the first time something was done behind closed doors’ without female manager present.

YouTube never told the girls starring in the videos about Rylett’s arrest, according to reports.

The company told DailyMail.com that for accusations of abuse happening offline, they suggest users call and report to the police. 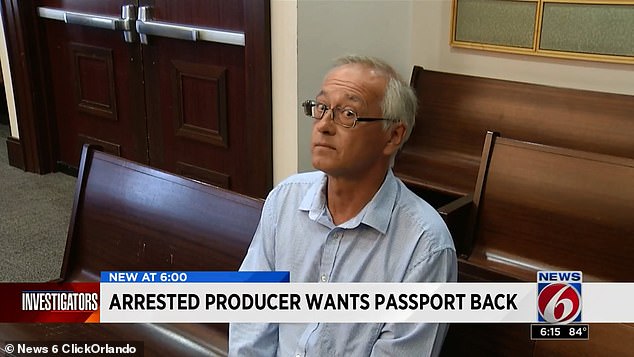 YouTube told DailyMail.com that for accusations of abuse happening offline, they suggest users call and report to the police. They demonetized Rylett’s channels in August after arrest

The video-sharing website, which was launched in February 2005 and bought by Google in November 2006, demonetized Rylett’s channels in August shortly after his arrest.

They said in serious cases they terminate the channel immediately upon conviction or guilty plea and in Rylett’s situation terminated a number of channels he is associated with.

The Google division reports child sex abuse material and grooming to National Center for Missing and Exploited Children (NCMEC) who in turn report to law enforcement.

The company insists they’ve always been committed to working across the industry on fighting back against exploitation of young people with technology such as their Child Sexual Abuse Imagery (CSAI) Match tool and state they continuously invest in new technologies and make them available for free to industry partners.

YouTube told DailyMail.com they helped terminate and report 46,000 offender accounts to NCMEC from YouTube (not including Google referrals).

The platform said they have also been steadily hiring social workers, child development specialists, colleagues from NCMEC, former prosecutors and former FBI and CIA personnel dedicated to child safety and catching those who wish to harm children.