YouTube video of toddler putting a golf ball in store

An adorable video shows a toddler sinking a putt with just one putt at a golf store.

The young child is seen holding a tiny putter in his left hand as he waddles towards the golf ball.

Without hesitating, he then strikes the ball, and effortlessly drops it in the hole.

A friend of the child’s parents uploaded the video to YouTube.

He titled the short clip: ‘Arnold Palmer Recreated,’ in reference to the legendary golfer.

Rob Ghaderi, who uploaded the video, also said: ‘Video of a friends kid, that I stumbled upon on Facebook! Don’t worry, she gave me permission to post!

It is unclear where the video was filmed. 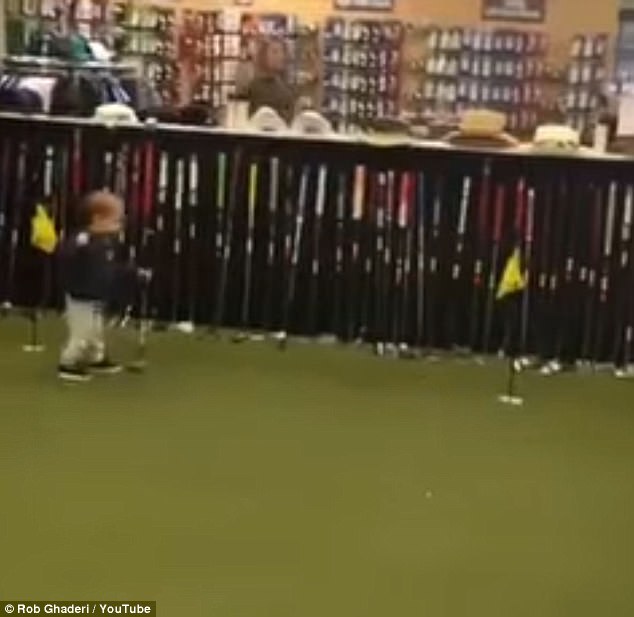 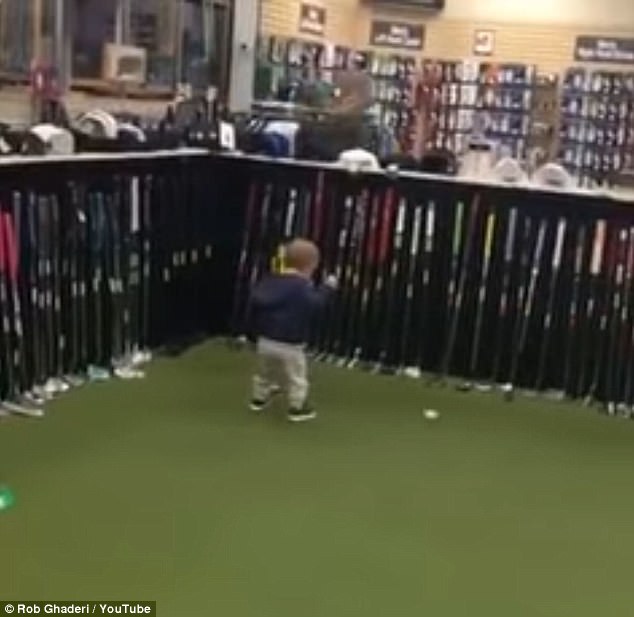 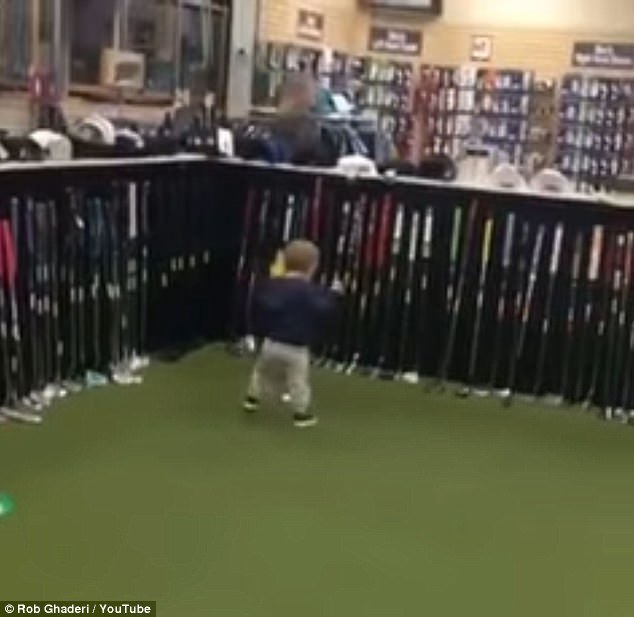 He only used his left hand to make the impressive putt