A YouTuber created an ingenious DIY hack on a lawnmower so that it cooks bacon while cutting the grass.

The man behind the YouTube channel Project Farm said the idea was suggested to him in a comment by one of his followers.

He replaced the engine oil with cooking oil and modified the machine so that it would fry bacon.

The man added gasket masker around the entrance to the engine where he would put the bacon. He then put vegetable oil in the crank case of the lawnmower.

He made a see-through window for the crank case so he could watch the bacon cook. The YouTuber then added wire to secure the bacon, and put a picture of a big on the end of each of the four corners.

The bacon is wrapped in aluminum foil while it cooks. The video then shows the man mowing the lawn. 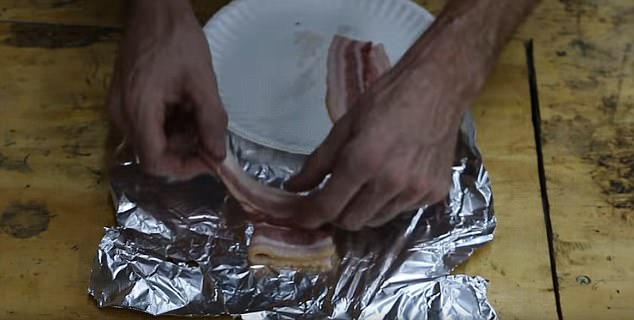 Orange smoke comes out of the lawnmower, which the man explains means the bacon is ready.

He takes out the bacon and takes a couple of bites. ‘Wow, that’s pretty good,’ he said to the camera.

‘What a perfect situation. I can mow my lawn and cook bacon at the same time,’ he continued.

He removes the glass case and pulls out the bacon, which is now cooked 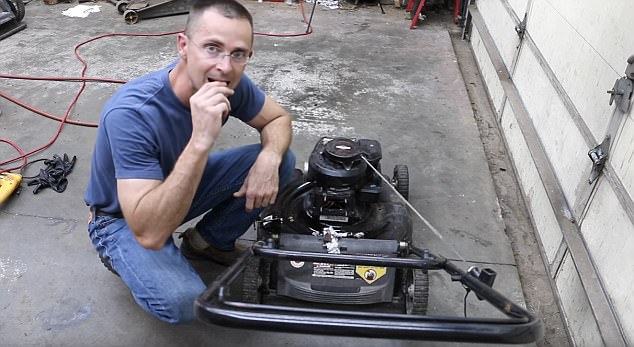 He takes several bites of the bacon and says it’s good. He also talks about how great it is that he can cook bacon and mow his lawn at the same time