Breakfast might be considered the most important meal of the day, but for many, sleep is often a higher priority.

For those who wouldn’t classify themselves as a morning person willing to spring out of bed and into the kitchen, a talented Lego artist may have just found the solution.

A YouTuber known as The Brick Wall, who specializes in Lego-based machines, has managed to produce a robot made from the plastic bricks which has the ability to make breakfast – eggs and all.

Stocking up: YouTuber Brick Wall has revealed a machine made of Lego that can make breakfast, including bacon and eggs 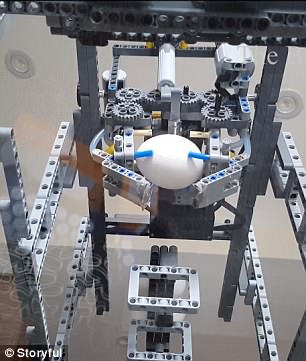 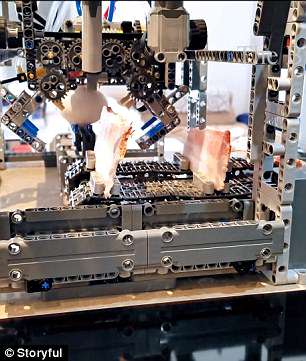 Ready to go: The machine is stocked with the breakfast food, which is picked up with the machine’s claws

The contraption is almost purely made of various Lego pieces, with just an added IR receiver, a total of ten motors and a thermoplastic spatula added in for movement and .

The machine can not only pick up and move the various breakfast ingredients, but can even perfectly crack eggs over a skillet.

In a video demonstration of the machine, the eggs and bacon are pre-loaded into a cavity in the center, where clamps lower down to grip the food and move it towards the skillet. 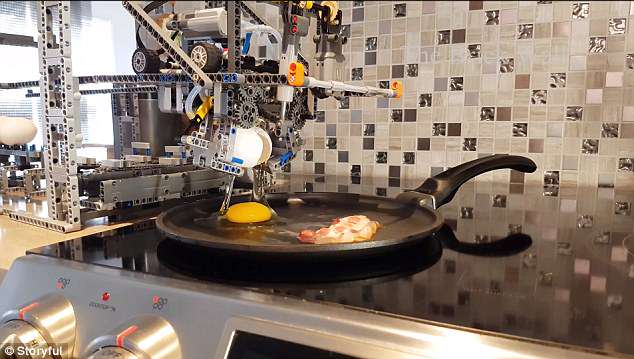 Perfect execution: The machine is able to perfect crack eggs without letting any shell fall onto the pan 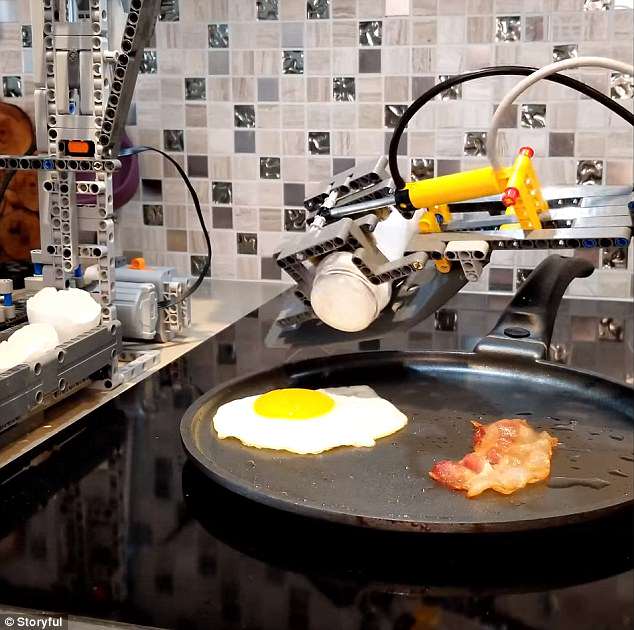 Seasoned up: The second part of the machine, the breakfast picker, is used to flip the bacon and even shake salt and pepper onto the egg 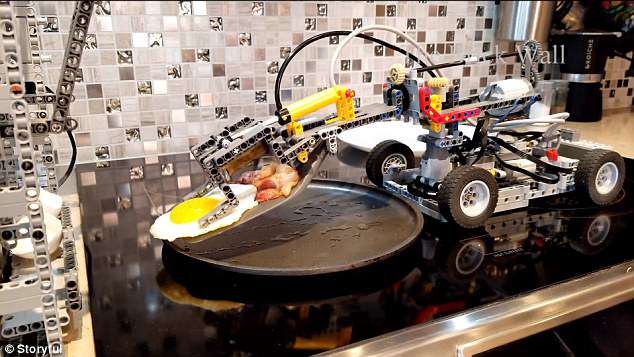 Done deal: The spatula is rotated so that it can scoop up the egg and bacon after frying

A long section extends from the top which allows the claws to lift the egg over the surface of the pan before an arm lowers on the center of the egg to crack it open while the claws keep the shells from falling in as well.

Meanwhile, the other part of the machine on the other side of the stove is seen in the clip extending a spatula onto the pan to flip the sizzling bacon.

Rotating the spatula sideways, the machine is able to lift both salt and pepper shakers to season the egg as it cooks.

After the egg and bacon is finished cooking, the machine is able to scoop both up in one swoop before swinging around to plop them onto a nearby plate. 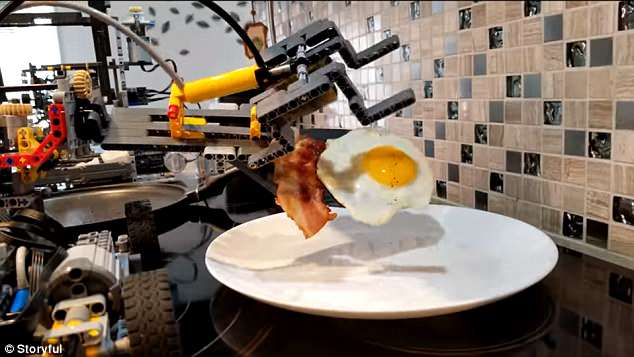 Served up: The arm of the machine swings around and drops the egg and bacon onto a plate 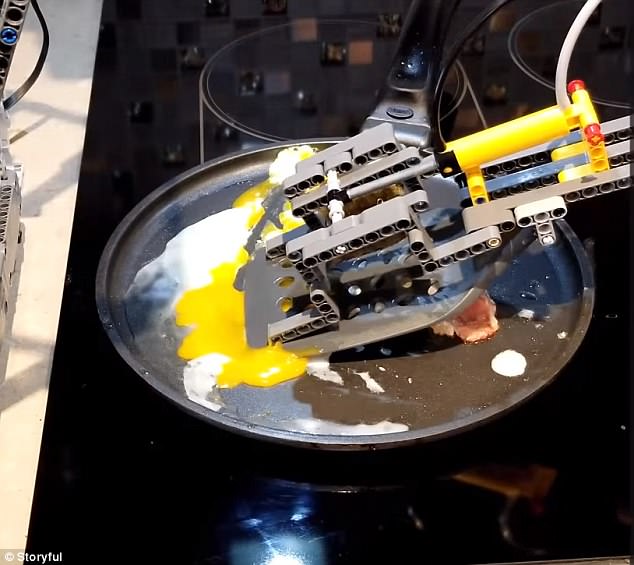 Another go: Next up, the machine uses the spatula to scramble the egg up 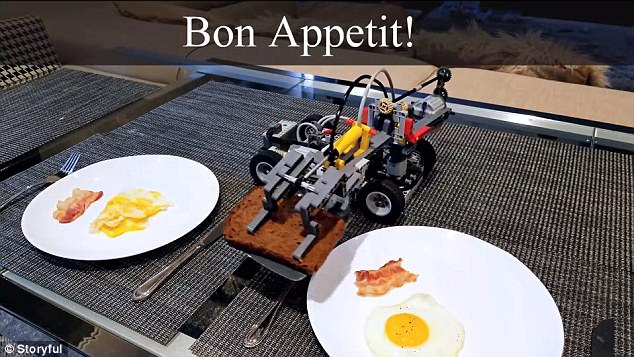 Result: The creator of the machine revealed in the video caption that he made the machine for his father as a present

With that order finished, the machine goes on to whip up another plate, this time using the spatula to scramble the egg.

In the video description, the creator of the machine revealed that he made it as a gift to his father, writing: ‘My father cooks breakfast every Saturday and Sunday – it is 104 times a year! He deserved this present.’

He added: ‘This is probably the most challenging project so far. There are two main parts: Egg Cracker and Breakfast picker.’

The Brick Wall has previously put together similar Lego-based machines, such as the Lego Roomba and the Lego Hay Baler.