Nicole Richie is an Urban Decay ambassador who opts for a less-is-more approach to beauty. Nikkie de Jager of the YouTube channel Nikkie Tutorials is known for her ultra-glam, heavily highlighted looks.

So what happens when the two get together to apply and talk make-up?

In a new video on Nikkie’s channel, the vlogger shows Nicole how to create a sultry, warm-toned look and the pair swap their most clever make-up tricks. 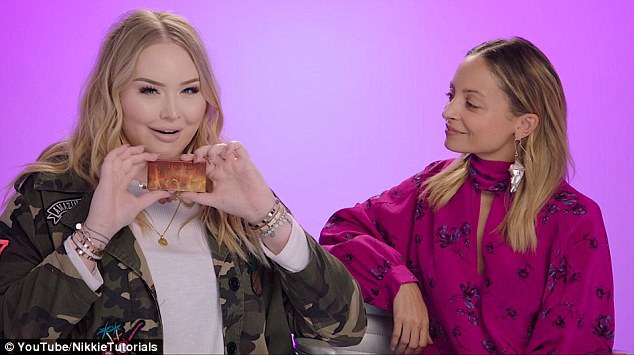 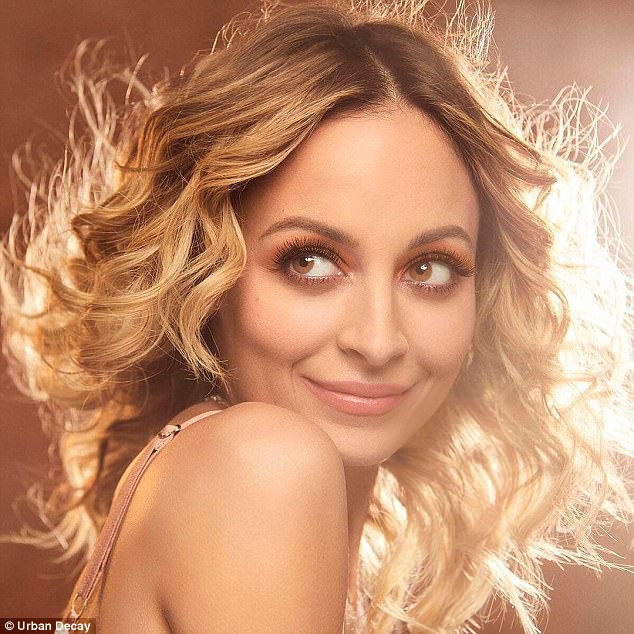 Bringing the heat: Nicole, a brand ambassador for Urban Decay, stars in the campaign for the new warm-toned palette that launches February 22

As Nikkie begins the tutorial by giving Nicole’s brows some ‘love’, the Great News star shares that for her everyday look she likes to dip a brow brush in brown eyeshadow and then brush up the hairs for a filled-in, feathery look.

After applying concealer over Nicole’s eyelids, Nikkie gets to work creating a smoky eye using Urban Decay’s forthcoming Naked Heat Petite Palette (Nicole stars in the campaign for the product, which is a mini version of the brand’s popular Naked Heat Palette).

First, Nikkie blends Wild Thing, a ‘scorched orange matte’ shade that Nicole says is ‘complementary to the skin’, into the crease and at the outer corners for definition.

The vlogger says she likes to apply shadow to the area in circular motions so the pigment blends itself. ‘It’s like brushing your teeth, in your crease,’ jokes Nicole. 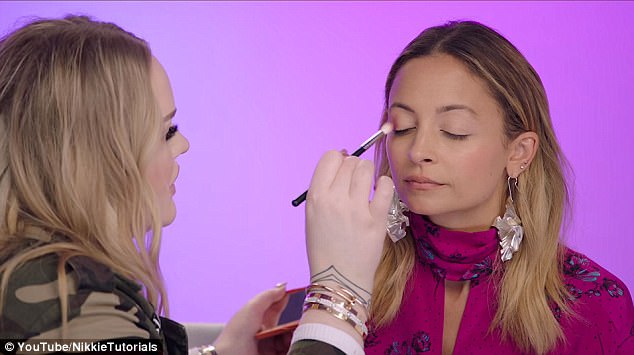 Like brushing your teeth: After Nikkie recommends applying eye shadow in circular motions, Nicole compares the technique to using a toothbrush 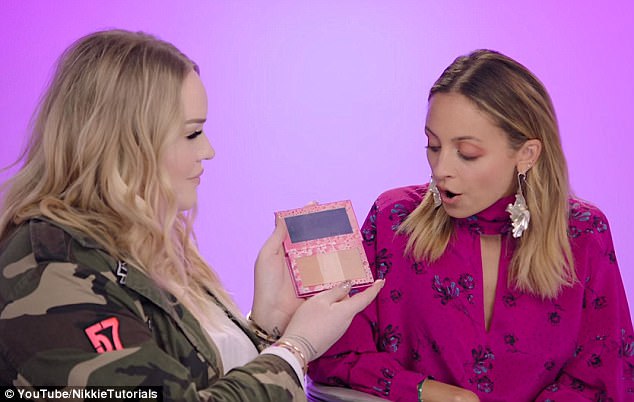 Don’t fear the glow: After the former reality star reveals highlighter is ‘too advanced’ for her, Nikkie schools her in how to apply the cheekbone-defining product

Next, she buffs Heist, a matte cayenne shade, over the lids focusing on the lash line and then continues under the lower lash line with the same shade.

Being a low-maintenance kind of beauty girl, Nicole admits that highlighter is ‘too advanced’ for her. ‘I’ve never touched that part of my face before,’ she says.

‘You see that natural sheen in the mirror?,’ Nikkie says pointing to Nicole’s cheekbones. ‘You just want to intensify that.’

After Nikkie applies the center highlight shade from the Urban Decay x Kristen Leanne Beauty Beam Palette in a C-shape, the former reality star exclaims, ‘I am beautiful!’.

Nikkie finishes with a matte nude lipstick for a defined pout. The result is similar to Nicole’s everyday lip look: A mix of lip balm and Urban Decay’s Vice Lipstick in Fuel.

‘It’s like a sheer desert rose but a naughty rose…a rose with thorns,’ she says.