Zac Efron shot to stardom in Hollywood, first as a teenager in Disney’s High School Musical franchise, and later as a bonafide A-list movie star.

Now the 31-year old actor has set his sights on conquering the great outdoors with his video-blog, Off The Grid, on his new YouTube channel.

‘Outdoors and adventure with my best friend and brother, Dylan. Come along with us as we travel the world and get out of our comfort zones!” the actor captioned the video. 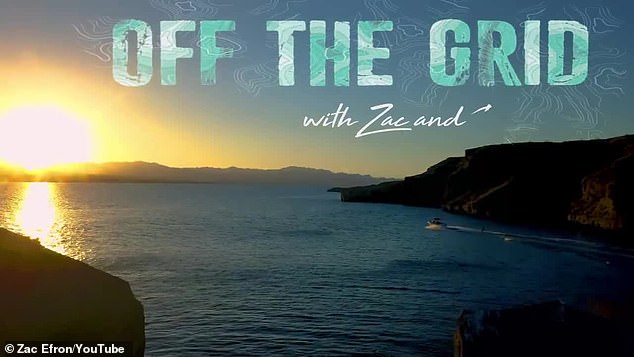 Heading into the great outdoors: Zac’s travel adventured series with his brother, Dylan Efron, has been dubbed, Off The Grid

In the inaugural 10-minute video, Zac and his brother Dylan Efron document the four days they spent in the desert, at Mojave Lake, with six of their good friends.

Zac kicks off the video by talking about the importance of ‘getting away’ and ‘stepping out of your comfort zone’ as a way to grow as a person.

‘It’s really important to reset every once in awhile,’ the California native professes.

The introduction ends with the Baywatch star cuddled up next to a campfire.

‘I think one of the coolest things I’ve been able to do while I’ve been here on Planet Earth is get out and see the world.’ he admits. 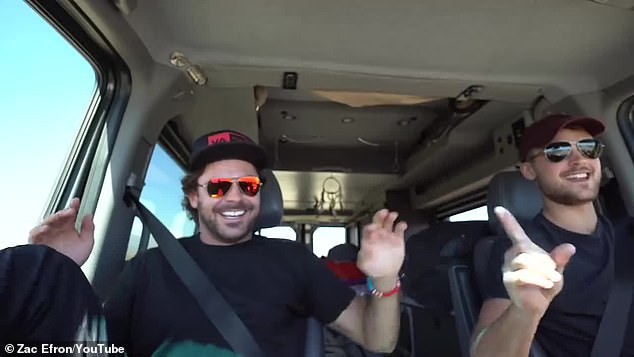 And away we go: The first episode documents Zac and Dylan’s four days in the desert with six of their good friends 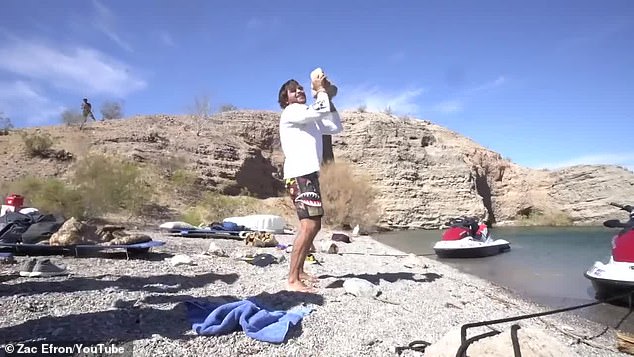 Scorching hot: Zac and company camped out on the shoreline of Mojave Lake 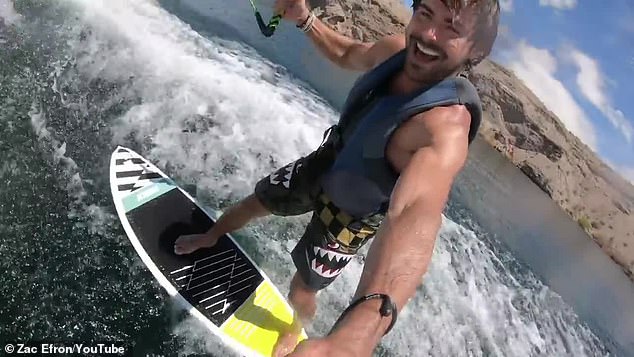 Cooling off: The guys partake in a number of water sports 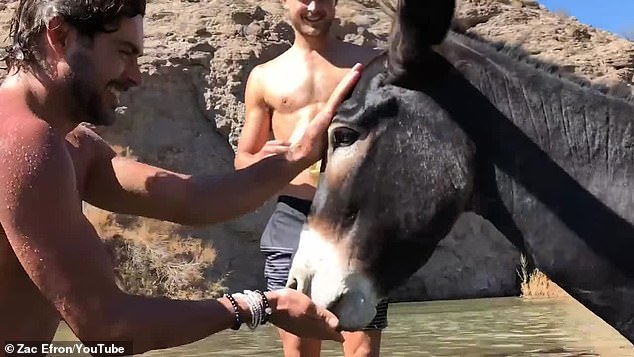 Pleasant surprise: There was even an unplanned meeting with a pack of wild donkeys 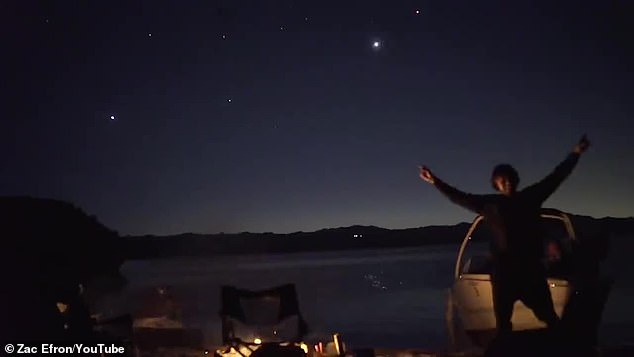 ‘I think one of the coolest things I’ve been able to do while I’ve been here on Planet Earth is get out and see the world.’ Zac professes while under the stars

During the video, fans see Zac and company pack their cloths and supplies early in the morning and then drive six hours to Mojave Lake, which is a reservoir on the Colorado River between Nevada and Arizona.

After their first night sleeping under the stars on the shoreline, the guys turn their focus to the water the following morning.

The crew then embark on a series of fun activities including, swimming, flyboarding, jet skiing, hiking and high-diving off scenic ledges and cliffs. They also partake in old-fashion outdoor cooking ‘under the stars’.

At one point they even get an unplanned visit from a pack of wild donkeys. 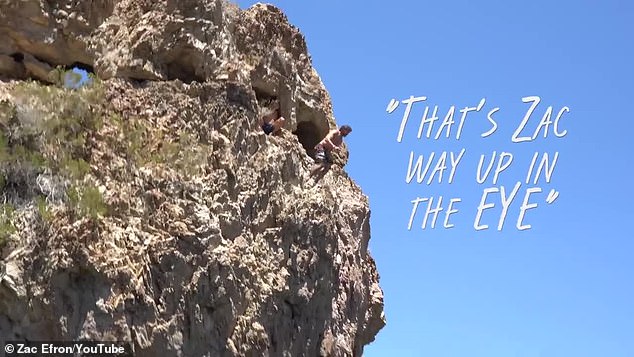 Daredevil: The Neighbors star got bold and jumped from some scenic cliffs 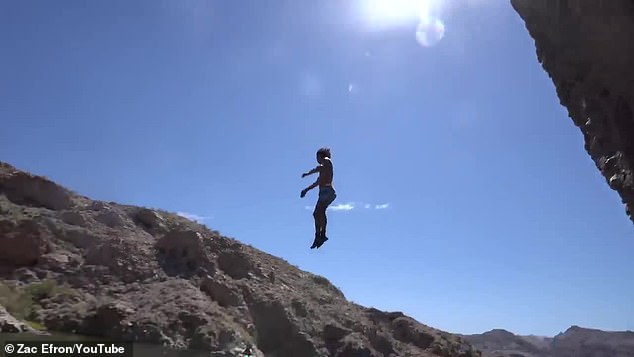 Adventurous: The 10-minute video captured the guys relishing the outdoors 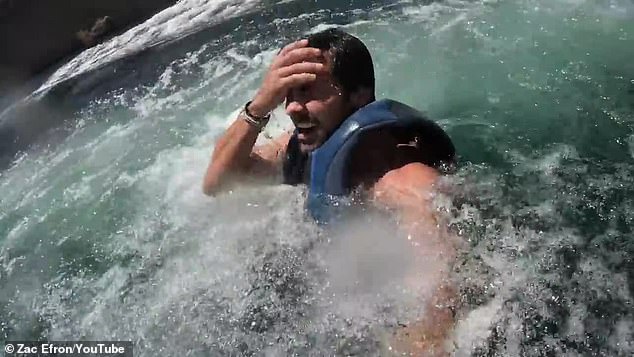 Way of life: ‘It’s really important to reset every once in awhile,’ the California native said

The episode concludes with Dylan Efron reminiscing about his 96 hours in the desert with his brother and their friends.

‘The inside jokes, the camaraderie: that’s why we came to Lake Mojave, to make memories,’ he confides.

‘We grow through travel and experiences. Our bonds get stronger and I’m excited about traveling more with Zac.’

‘That’s a wrap at Mojave Lake,’ Zac proclaims as he sets off fireworks into the desert night.

‘This is what’s life’s about.’

New videos will be posted on Zac’s YouTube channel every Saturday, as well as bonus content throughout the week. 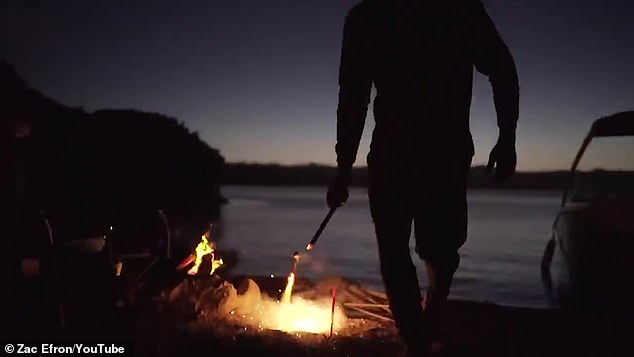 Words of wisdom: ‘We grow through travel and experiences. Our bonds get stronger and I’m excited about traveling more with Zac,’ Dylan said at the conclusion of the video 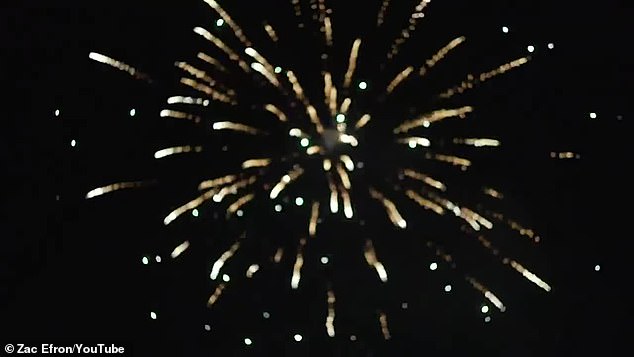 The end: ‘That’s a wrap at Mojave Lake,’ Zac said as he set off fireworks into the desert night 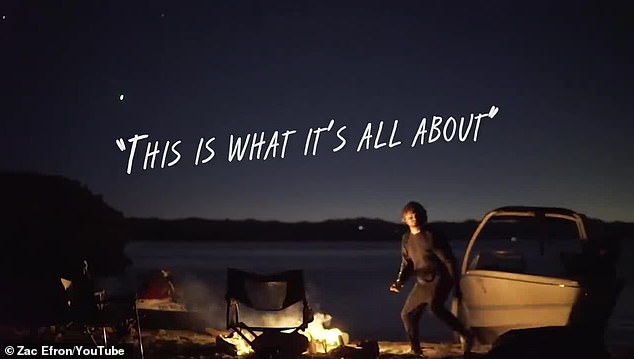 The message: The episode was all about going ‘off the grid’ to recharge and learn about life