‘I hadn’t heard from Eddie Jones for a long time… it was time for a new challenge’: Leeds-born No 8 Zach Mercer is loving life in the south of France after putting England on hold to chase glory at Montpellier

Sorry,’ says Zach Mercer, running half an hour behind schedule, ‘my English number has been playing up. There are certain challenges that come with moving to France!’

Other than phone problems and the occasional language barrier, it is fair to say Mercer has been living the high life in Montpellier.

In his first few weeks in the South of France, he has been entertained on speedboats, became engaged and has won two man-of-the-match awards. 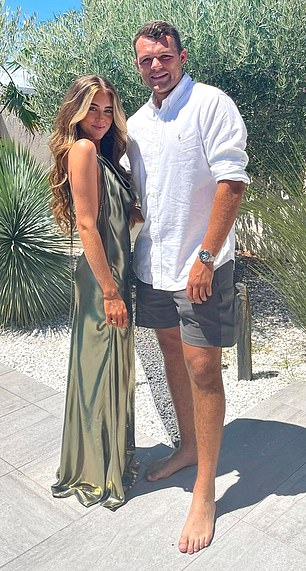 Mercer and fiancée Emily Jones are enjoying life in France

‘I’m loving it here,’ says the Leeds-born forward. ‘It’s funny because we had to move over here blind, because of the Covid restrictions. We couldn’t travel so we had only viewed our house over FaceTime.

‘It’s turned out to be everything we could have hoped for. We’re 10 minutes from the beach, it’s beautiful, we’re really happy and I think that’s showing through my performances on the pitch.’

Or, before Zach Mercer, who were the Englishmen who lit up the Top 14? The piece mentioned Jonny Wilkinson, Nick Abendanon and Steffon Armitage, England internationals who moved to France in the later stages of their careers. Mercer is 24 and time is on the No8’s side.

‘I’d been at Bath for five or six years and I’d never reached the end of a contract before,’ he says. ‘I’d never let things go to the open market because I’d always signed a new contract early.

‘It was Philippe Saint-Andre who rang me to see if I’d be interested. When a club like Montpellier calls you, you’ve got to take it seriously.

‘I talked about it with my family and my fiancée. The pros outweighed the cons. I wanted a new challenge at a young age. I needed to get my name back out there. When I was younger, people would say I’m not physical enough and I’m not big enough. Well, here I am, playing in what people say is the biggest league in the world, and I seem to be doing OK. I’m standing my own. That might prove people wrong. 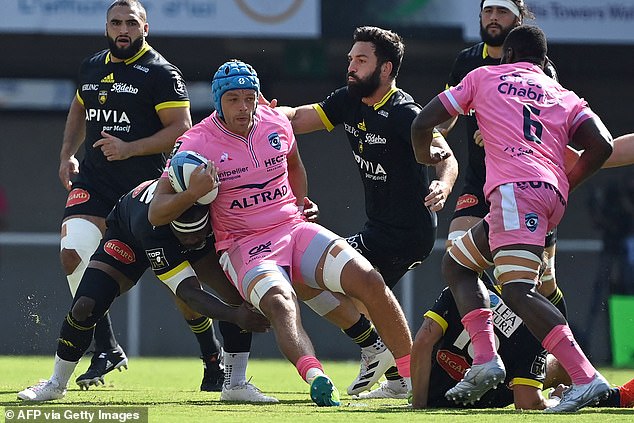 ‘I wanted to develop myself off the field, too. It’s a challenge to sort out bills in a different language but I’m starting to pick things up. A new challenge was needed and I feel like I’ve made the correct decision. By the time I leave here, I hope my French is a lot better.’

For Mercer, rugby is a universal language. There has been no need for a ‘bedding-in’ period, with his early displays eclipsing rival No8s back in England. His international ambitions are on hold until 2023, as England’s rules say anyone playing outside the UK is ineligible for the national side, which leaves Billy Vunipola, Alex Dombrandt and Sam Simmonds battling for the shirt in his absence.

‘If I was playing for England in every match, who knows what decision I’d have made?’ Mercer says. ‘But I hadn’t been in the England environment for more than two years. I hadn’t heard from Eddie Jones for a long time. It would have been nice to have a conversation about where I stood. That helped push my decision to come out here and I took the decision that I won’t play for England.

‘Rugby’s a short career and you can’t wait around. If you’re not playing for England, why sit in the Premiership when you can get out of your comfort zone and challenge yourself?

‘I took the decision that I won’t play at the next World Cup, which was massive for me. But I’ve still got time to develop.

‘Eventually I want to come back to England but my goal at the moment is to win trophies with Montpellier.