The Spanish founder of the Zara fashion chain briefly overtook Bill Gates to become the world’s richest man – only to drop to third hours later when shares slumped, it has emerged.

Amancio Ortega was estimated to have a personal fortune of $85bn, $200 million greater than the Microsoft co-founder after shares of Inditex – Zara’s parent company – increased by one per cent.

But just hours later the 81-year-old was back $100 million behind Gates and by Wednesday morning had slipped to third behind Amazon tycoon Jeff Bezos.

The Spanish founder of the Zara fashion chain, Amancio Ortega (pictured), briefly overtook Bill Gates to become the world’s richest man – only to drop to third hours later when shares fluctuated, it has emerged 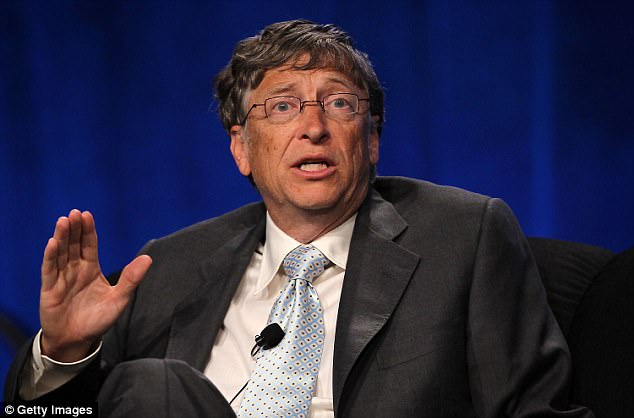 According to Forbes, Ortega was worth an estimated $85 billion on Tuesday, taking him to top spot in their ranking.

This meant the net worth of Europe’s richest man was up an eye-watering $1.2 billion in the last month alone.

But by Wednesday he had been knocked off the top spot, and come Thursday afternoon his net worth was estimated by Forbes to be closer to $81.8billion.

It is not the first time Ortega has topped the world rankings and overtook Bill Gates to claim the number one spot in September last year. 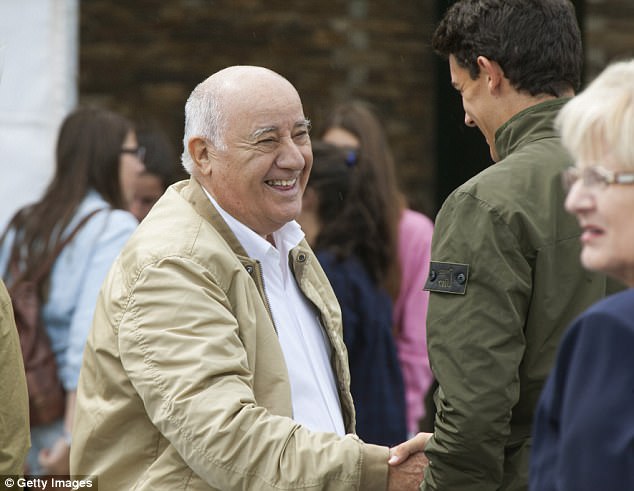 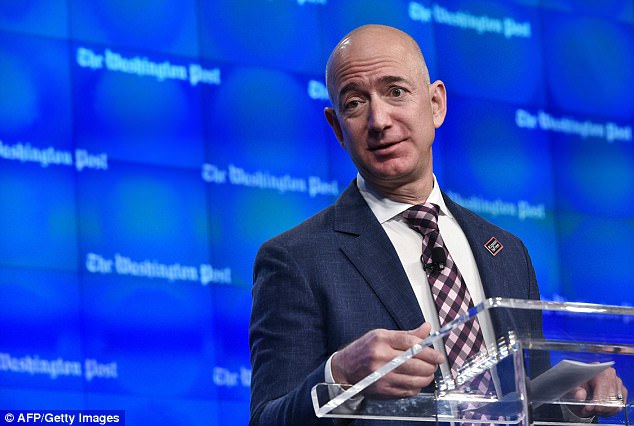 On that occasion, his personal fortune leapt by $1.7billion to $79.5billion – taking the Inditex owner past the Microsoft co-founder’s estimated $78.5billion.

He was also briefly ahead of Bill Gates in October 2015 before a surge in Microsoft shares put him back in second place.

The son of a railway worker from La Coruna in Spain, Ortega transformed clothing group Inditex from a tiny family dressmaker into Spain’s biggest company.

He has turned Zara into a byword in chic for the money-conscious, transforming the apparel business with its’fast fashion’ model.

Affordable imitations of catwalk designscan move from drawing board to store within two weeks, and poor sellers are pulled off the shop floor even quicker.

In 2015, his sales blossomed as Inditex shares rose nearly 40 per cent.

He holds a 59.3 percent stake in what is now the world’s biggest fashion retailer, ahead of Gap and Hennes & Mauritz.

It grew from humble beginnings in the rainy northern region of Galicia to more than 6,000 stores in some 90 countries with a stable of brands from high-end label Massimo Dutti to homewear chain Zara Home.

The group is only the third Spanish firm ever to be valued above 100 billion euros, after bank Santander and telecoms giant Telefonica, both of which now lag well behind.

In a country recently emerged from a recession that destroyed businesses and jobs, Ortega is a rare self-made mogul.

The son of a railway worker started his professional life at 14 as a delivery boy with a shirt maker in the wind-swept northern city of Coruna. 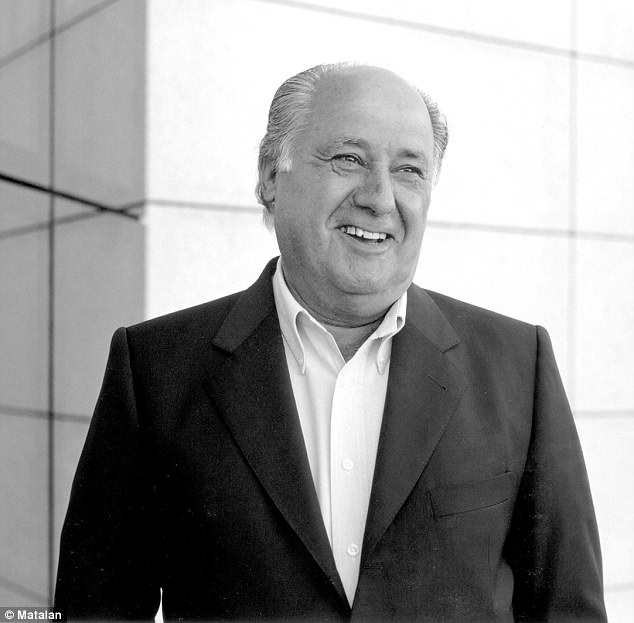 The son of a railway worker from La Coruna in Spain, Ortega transformed clothing group Inditex from a tiny family dressmaker into Spain’s biggest company

Within a few years he had set up a workshop making nightgowns, lingerie and babywear, and the first Zara opened in Spain in 1975.

Ortega never gives interviews and is rarely photographed. He did not even attend the inaugural ringing of the stock market bell at the Madrid exchange when Inditex floated in 2001.

In person, Ortega is a persuasive and enthusiastic businessman, who despite progressively handing over the day-to-day management of the company over the last decade continues as an active part of it, people familiar with Inditex say.

He is known for selecting designs based on feedback fromshop assistants who zero in on shoppers’ reactions.

‘If he speaks to a shop assistant and he likes what they hadto say, he will pay more attention to that than to any of hismanagers,’ a former Inditex director told Reuters.

Since his ex-wife and Inditex co-founder Rosalia Mera diedsuddenly in August 2013, there has been intense speculation overthe succession.

His second wife Flora Perez sits on the board.

Ortega’s majority stake in Inditex is held through another company, Pontegadea Inversiones, which Ortega has also used to channel the steady flow of dividends and build up a real estate portfolio with assets worth 8 billion euros at end-2014.

This, as well as favourable inheritance laws in the Galician region, means that his heirs are likely to keep a tight control over the fashion empire. 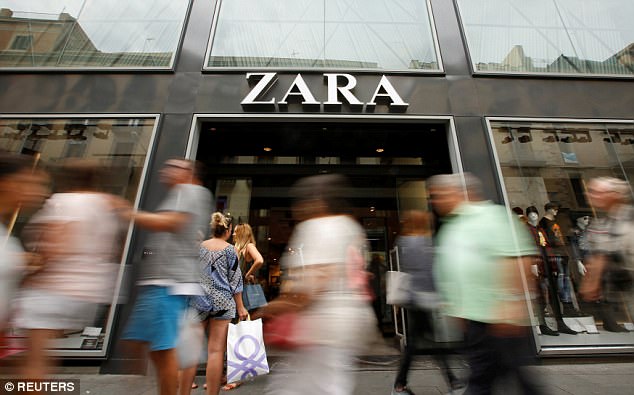 Ortega has turned Zara into a byword in chic for the money-conscious, transforming the apparel business with its’fast fashion’ mode

Using massive dividend payouts from Inditex, which have nearly doubled over the last five years, Ortega has made largely debt-free purchases of prime buildings from London to New York, becoming a major commercial real estate player over that period.

‘All the buildings he buys are in prime districts. It’s a steady, reliable income stream, almost like a sovereign bond,’ said Carles Vergara, finance professor at IESE Business School.

Ortega’s first big real estate purchase was Torre Picasso, an office building in Madrid, bought in 2011 around the time he handed the daily running of the world’s biggest clothing retailer to chief executive officer Pablo Isla.

Since then he has bought properties including an office block in London’s Mayfair; a stretch of London’s prime shopping drag Oxford Street; and the historic cast-iron clad E.V. Haughwout Building in SoHo, New York, which housed a world- famous cut glass and porcelain store in the 19th century and featured the world’s first passenger elevator.

Ortega not only rents out his commercial property to Inditex stores like Zara and upmarket label Massimo Dutti at market rates, but also to rivals such as H&M of Sweden and Gap of the United States.

In Madrid, he owns No. 32 on the Spanish capital’s main shopping drag Gran Via. The Art Deco building, built as one of the city’s first grand-scale department stores in the 1920s, now houses biggest store in Spain for arch-rival Primark.